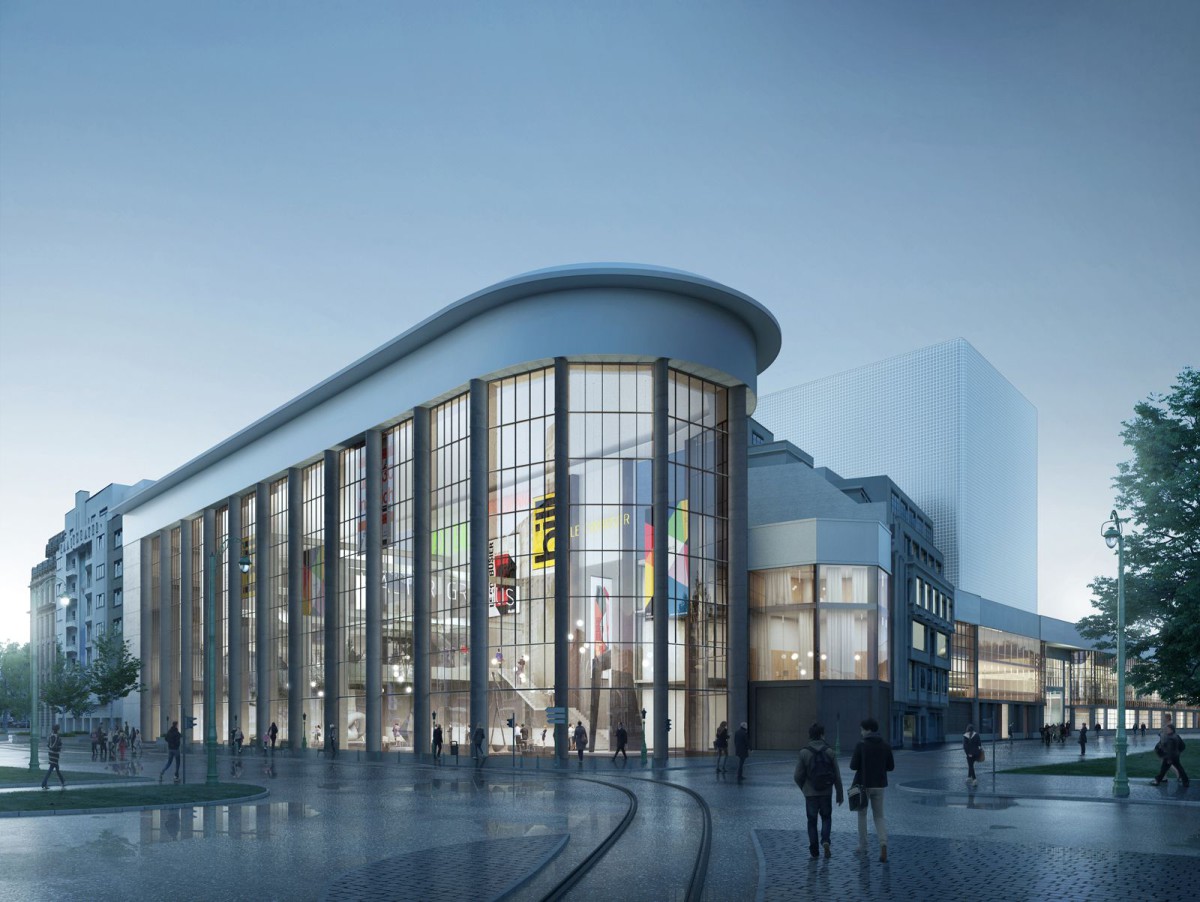 The project for the Citroën cultural center is part of a complex political and cultural context, at the Brussels level, but also at the Belgian and European level. It will indeed be one of the last modern art museums to see the day in a capital of the continent. The exceptional site requires a delicate heritage approach while the ambitious program pushes to a certain form of radicalism. Faced with historicity more complex than it seems of such a construction, drastic but reasoned choices were made in order to harmoniously dialogue the first built entities dating from 1933, the many additions of the various eras and a contemporary project.
_

The strengths and spatial qualities of the original building are recovered. The Showroom is a showroom again, now cultural and social, but mostly alive thanks to the preservation of a carefully selected part of metal structures and concrete slabs that encumbered it, while the function and space of the Workshops is almost unchanged. The car factory is transformed into a factory of art and social bond. It hosts the architecture center on the ground floor around green patios and an interior street connecting to the public space on the first floor. The majesty of its metal structure is kept intact and staged in this public square, this esplanade, this empty space, this field of all possibilities, just under the glass roofs. This spatial generosity is the result of a major programmatic optimization work that takes shape as a new building that borders the inner street opening onto the canal and thus clarifies the whole block, heterogeneous and rather closed to a side, uniform and completely open to the other. This construction hosts logistics, offices, audiences and above all the museum, functions in essence opposed to the qualities of the place of origin, so as not to distort it. The museum, blind and massive monolith hosting four monumental slabs of 108 meters by 22, seems so gently placed on the workshops, transparent and light. It becomes channel side the new symbol of a cultural center turned towards the future.

The attitude towards the new elements is similar to the heritage approach and is based on a critical reading of the building’s history. The new construction takes the codes of the existing and distracts them to enhance the latter. The Citroën cultural center must be a strong urban signal, affirmed but at the same time, we think, draw it as an absolute architectural abstraction. A desire to bring the museum into the twenty-first century through a subtle blend of social and cultural, past and present, the drawn and the improvised, the icon and its disappearance, the reality and the abstraction.
_