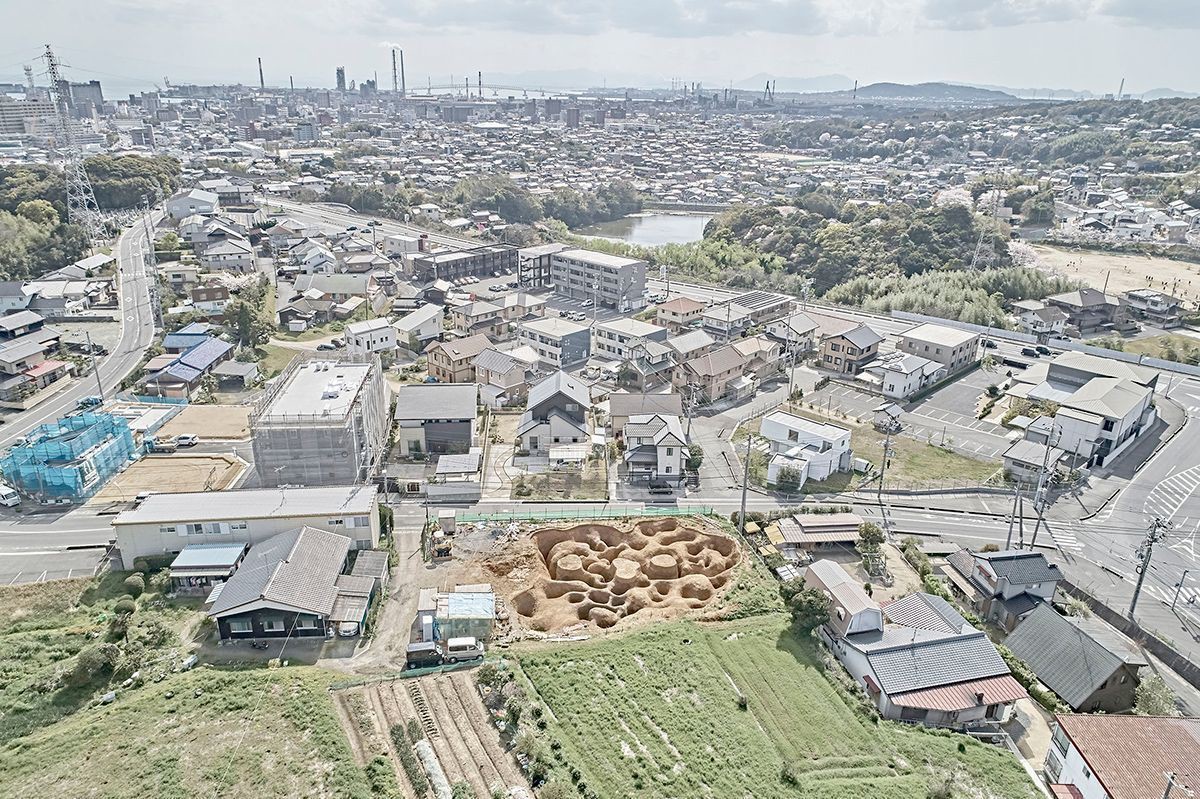 I am thinking about architecture that is like a rock. When I gaze at a rock I become fascinated by its diversity and complexity. This may be due to the serendipity that occurs within the process of rock formation.

Some rocks remind me of the shape of a face, and other ones remind me of a saw. There are rocks with huge holes, and others that are as enormous as a mountain. Rocks are solid structures that are also sculptural; they are landscapes that can shape a space with infinite variations.

This project is a restaurant and a residence for its owner. The client asked for a cave-shaped, winery-like space. Is it possible to generate such a space easily and instantly, like magic? First, a series of holes are dug on the site. Some holes lead to each other, and others are independent. Thereafter, concrete is poured into the holes. As a result, a single rock-like concrete volume appears. Finally, as glass and doors are inserted between the formed concrete volumes, it becomes architecture. And that is all. The space that emerges is like a light and bright cave. The surface of the concrete rock appears differently at each location, the accidental kinks adding richness to the space. This is not only an architecture, but is also a landscape. The cave-like landscape creates spaces in a variety of ways.

Visitors to the restaurant go through a small entrance and proceed forward, finally arriving at a room with an enormous opening that captures a beautiful outside view. There, they forget time, converse, enjoy delicious food, and spend a rich and fulfilling moment. In the residential area, the owner enjoys a generous life inside a space conceived as a chance creation, filled with abundant light from the windows and the inner courtyards.
_