six houses and a garden . porto 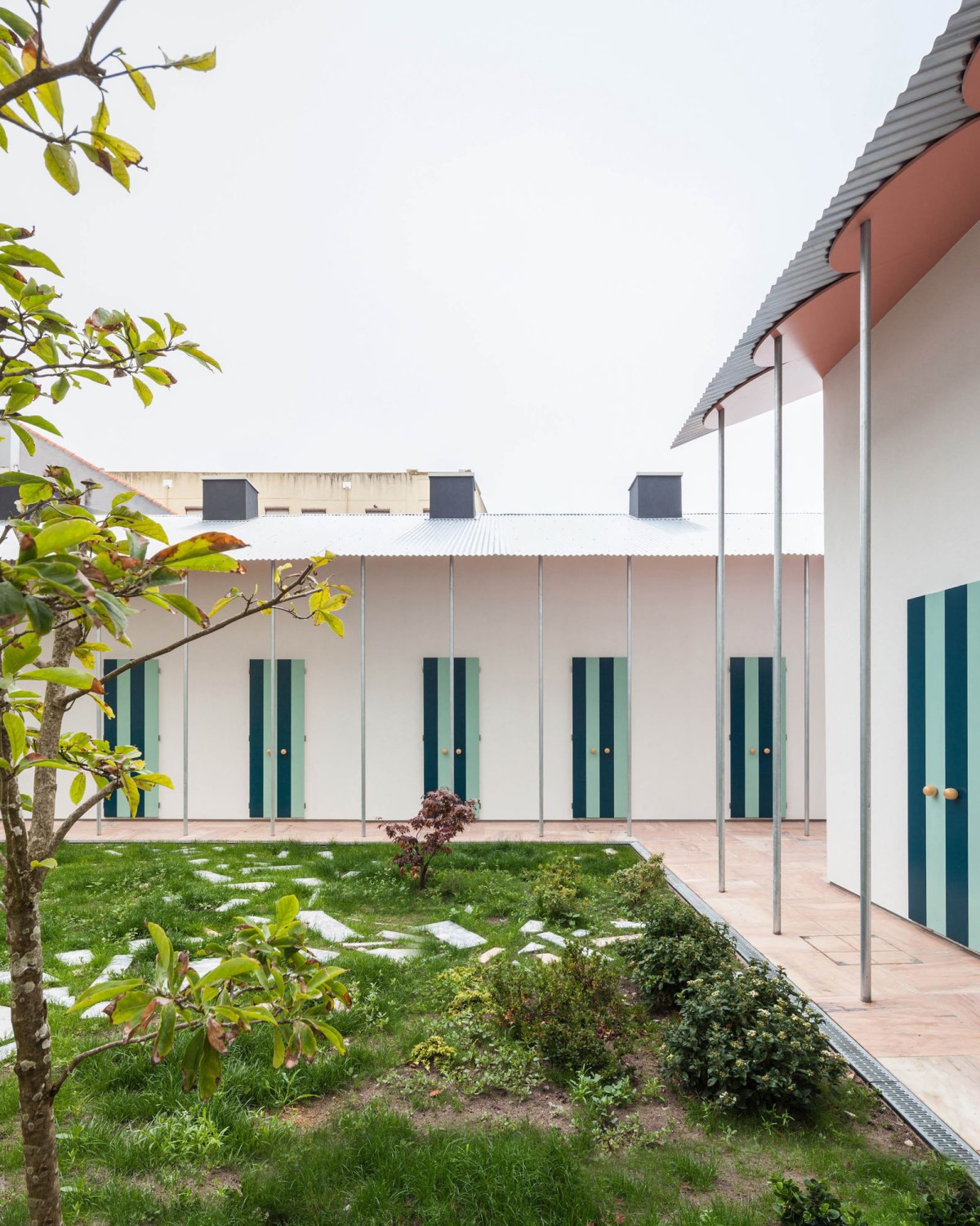 Two buildings with a similar appearance, one very long and another very short. Six houses – four identical and two exceptional – around one common garden, hidden inside a city block. One architecture tying the fragmented reality.

The composition of each inner space combines orthogonal, diagonal and curved lines. The slightly distorted perimeter of the rooms sets the frames; the main spaces come from a subtraction of conflicting surfaces that comprise secondary programs. The thin metal poles bring in vertical tension; the round openings connect uneven programs. Acting within a very small volume, this combination of ambivalent geometries achieves quite unconventional living rooms.

The materiality of the awkward interiors follows their complexity. Walls are merely white, the horizontal slabs are abrupt concrete, the floors display polished blue marble and the tilted ceiling is painted in pink. Wooden doors, exaggerated handles and hints of pink marble accompany this game of surfaces.

On the outside, the houses define a continuous colonnade framing a collective garden where it becomes impossible to understand where each houses begins or ends. The façade is an overlap of several rhythmic rows – the thin metal columns, the striped blue doors, the black boxy skylights. The roof is made of two layers: a pink wavy plane is attached below the metal sheets emphasising the thinness of the surface. All around, the most honest and beautiful urban scenario defines the idyllic background for such an architectural exercise.
_