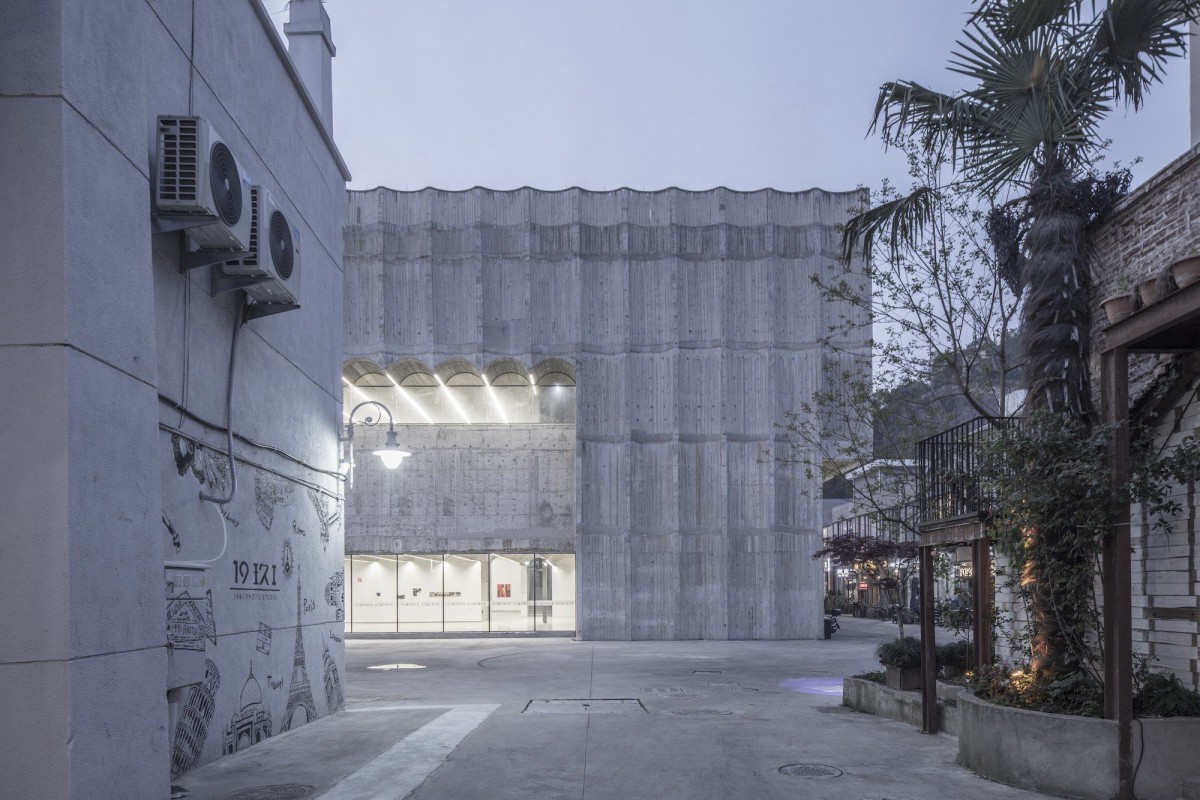 Taizhou Contemporary Art Museum is situated inside the Shamen Grain Depot Cultural and Creative Park with unique historical context. Taking advantage of a large area of existing factories and warehouses in the former Soviet Union style within the park, the new project aims at reintegrating and renovating the depot park with appropriate restoration and reservation.

This art museum project, functioned as the core building of the park, intends to initiate a dialogue with its neighbors, namely other industrial buildings in a greater range within the park, in a certain strategy.Comprising eight exhibition rooms, this project occupies a total construction area of 2,450 sqm.The floors are half-floor shifted to the adjacent ones to alleviate the sense of steepness when one climbs up while extending the length of the circulation, thus a rich spatial sequence has been established.The exhibition rooms of different levels share a spatial transparency, infiltrating into each other, offering the visitors a step-by-step sense of upward movement during the promenade inside.

The museum tends to form an innovative artistic spatial atmosphere through the comparison between the roughness of the cast-in-situ concrete and the exquisite space formed by the paralleled barrel vault structure. The barrel vault structure implies an integration of inside and outside, while perfectly integrating into itself the lighting system.As for circulation, the lobby (exhibition hall) connecting the square, to which the barrel vault structure directs, marks the prelude of the spatial sequence. With a helix movement the visitors ascend, layer by layer, in the enclosed structure, and ultimately reach the exhibition room on the top floor, where the prospect of Feng Mountain suddenly burst into through the opening and the orientation of the structure is also in line with the view. Thus not only a spatial trilogy has been accomplished, but the structure orientation has firmly linked and directed to the landscape.The south façade of the museum was also disposed as a series of slightly concaved curve, as if it were the external extension of the inner vault structure, constituting the frontality of the museum towards the square.

Combining the museum lobby with cultural and creative space such as café and art store, a unique place of entrance comes into being with the reservation of historical heritage to its full extent, involving an obsolete boiler, a grand tree, a bathroom and previous boiler plants. The terrace of the lobby is thus given the form of a bleacher, becoming a possible stage for potential public events in the future.
_