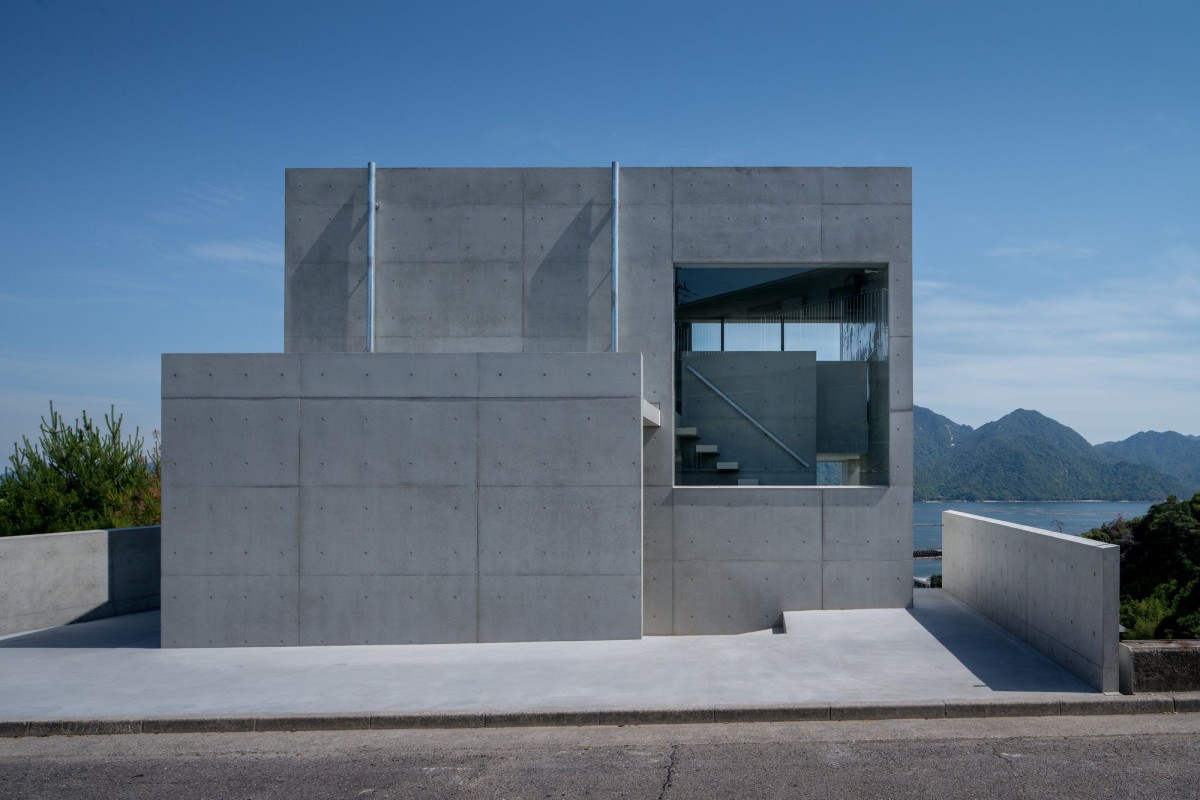 The project site locates on a very steep slope directly facing the Seto Inland Sea, and characterized by a unique view of Miyajima Island and its Itsukushima Shrine.

The main intention was to create a house that can freely spread in both horizontal and vertical directions, also, that face to the Itsukushima Shrine in the most dignified and modest way with respect.

The design process started from disassembling the traditional box and from the intent to give a sense of lightness and movement to the South facade through a De-Stijl style operation.

The road level meets the house in its vertical center from the entrance to the first floor, which downs 1,5 stories. Here a room with a high ceiling pops up after walking down the long dark staircase between the walls. Sequences like this that descend underground give us more consciousness about the richness of a tranquil space.

The second and third floors connect via a wellhole. The overhanging wall in the South facade extends itself beyond the width and height of the house, giving a feeling of extension to the interior space.

The three-axis direction, by the vertical wellhole, the horizontal split windows, and the extension of the balcony, raise awareness of the outspread space. From the outside, the facade maintains the same principles that can find in the inside rooms.

This house represents a simple composition that responds to the blessings of the location, where you can enjoy the relaxing atmosphere of the Seto Inland Sea.
_

One thought on “Kazunori Fujimoto”