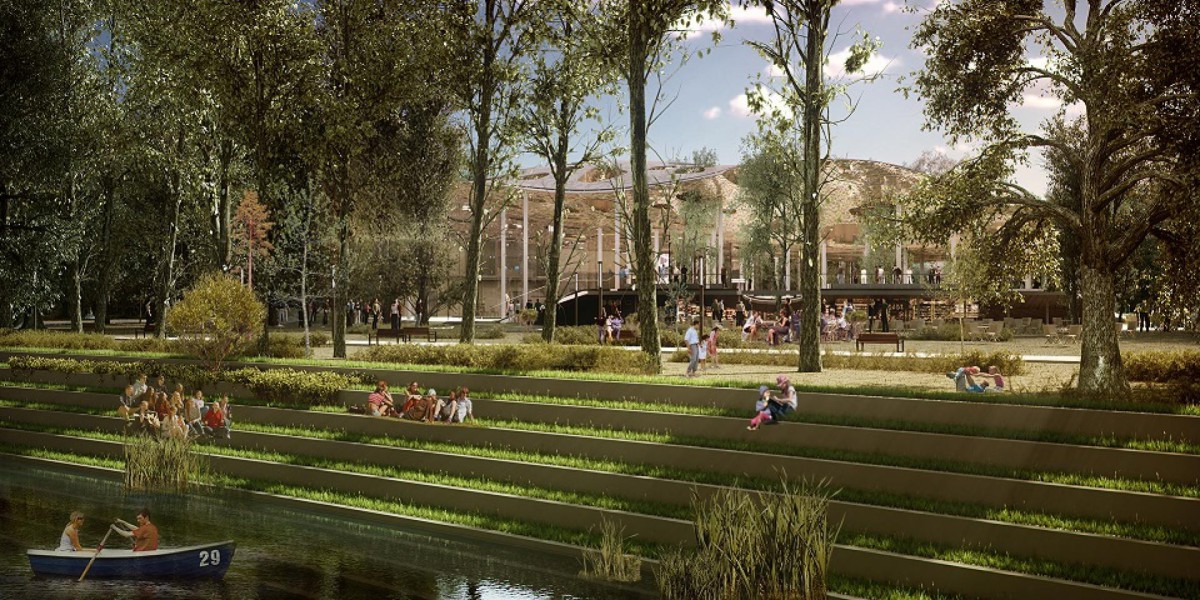 New renderings released of the House of Hungarian Music by Sou Fujimoto.

The construction of the House of Hungarian Music is soon to begin and, according to plans, it will open its doors by the end of 2020. In 2014 through an international, anonymous tender, Fujimoto was chosen to design the building as part of the Liget Budapest project, one of Europe’s largest museum developments.
During the design stage, Fujimoto drew inspiration from both the worlds of nature and music, and these two sources are evident in the details of his final design. The building’s distinctive floating roof, for example, is a wave-inspired visual representation of resonating sound, while Fujimoto placed significant emphasis on the harmony of nature and the built environment resulting the building seamlessly blending into nature as a continuation of the park itself. The result is a light, airy, open, accessible and harmonious building, carefully planned to the very last detail.
_

Music has always played an important role in the culture of Hungary. House of Hungarian music will symbolise the rich heritage of music and will stand as a unique place for everyone.
Inspired by the motto of Hungarian musicologist and composer Zoltán Kodály, – “Let music belong to everyone!” – the goal is to help music play a defining role in the lives of as many families, children and young adults as possible. The wide range of programmes, interactive and future proof technology solutions will guarantee a wide range of musical experiences, including exhibitions, concerts, group song, dancing and exciting music education activities as well.
The underground space of the House of Hungarian Music is home to various venues for permanent and temporary exhibitions, and has a total floor space of almost 2,000 square metres. The two internal rooms opening to the park are equally suited to live music programmes, concerts and workshops, while the lakeside open-air garden location offers a space for visitors to enjoy a friendly conversation while listening to concerts and performances on the open-air stage. The first floor of the building houses a library of world of popular music, which presents opportunities for analysis, study and teaching, while young people will have the chance to get more involved with the world of music science through activities held in the education rooms.
_