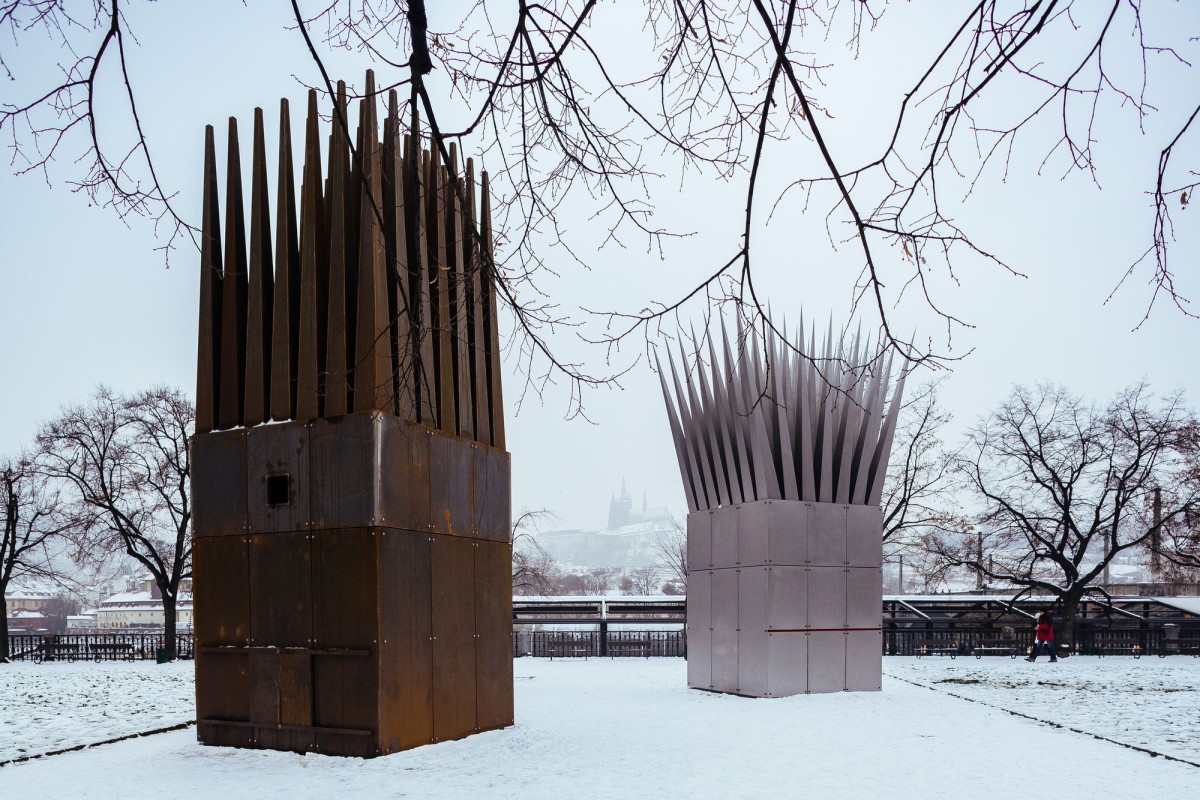 The work, entitled House of the Suicide and House of the Mother of the Suicide, honors the Czech dissident Jan Palach, whose self-immolation in protest of the Soviet invasion of 1968 served as a galvanizing force against the communist government in Czechoslovakia.
The structures were first built in Atlanta by Georgia Tech students and alumni under the supervision of Professor James Williamson in 1990. They were also built as a temporary installation on the grounds of Prague Castle in 1991, in conjunction with a major exhibition of Hejduk’s work.
Realized again twenty-five years later, and located at Jan Palach Square (formerly Red Army Square), this is the first time a John Hejduk structure will be located permanently in a public space anywhere in the world.