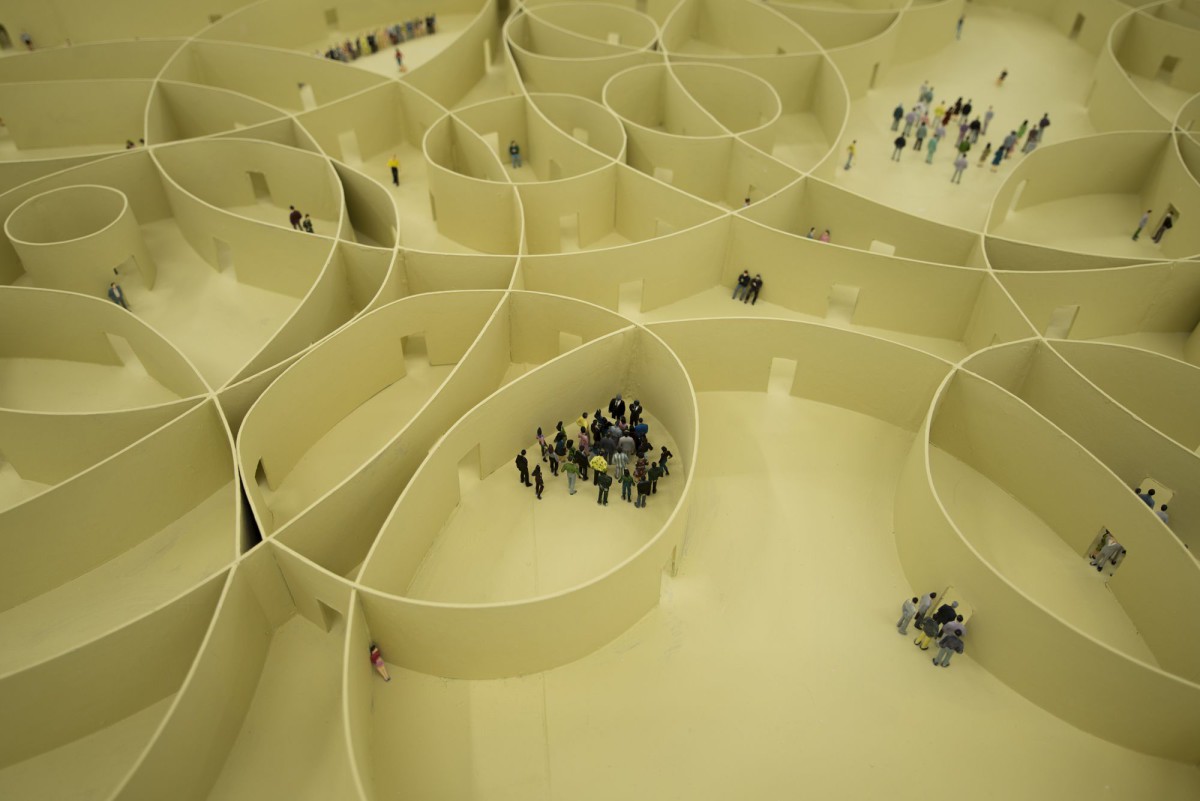 INFINITE MOTIVE (2015), as part of Finite Format exhibition running from 22 Oct. to 19 nov. 2015, is a series of drawings on paper and one scale-sized model (created in cooperation with students from Faculty of Art and Architecture at the Technical University of Liberec as part of a workshop held in České Budějovice prior to the exhibition’s opening). This project is an open exploration of the capacity of architectural designs, which are ground down by repeating one figure with a broad range of dimensions. In its relatively random nature outside of contexts, programs or structures, the internal consistency of the resulting complicated system becomes an exploration of the concept of the self-regulating plan itself.

We believe the beauty of vernacular architecture (the non-pedigree and forgotten main built population of the world) resides in its unapologetic sense of naiveté, in its fragile sense of ingenuity, of being “unaware of itself”, intuitive, primitive, innate, almost a sheer product of natural commandments, an instinct. But architecture is far from that original innocence. It is in fact an explicit opposition to nature. Architecture is a product of reason; it is an artefact, a more or less intentional device. While nature is somehow given, architecture is constructed by motives, purposes, by artificial orders. Architecture is governed by internal and external motives, by “dominant ideas”. Both the motif and the motive can be understood as the same thing: a relevant feature, a distinctive treatment, a pattern, an element, or any characteristic figure of a certain totality. There is a clear lesson in Ferrari´s schizophrenic but eloquent depiction of a rather generic neighbourhood. It is a continuous field of walls, furniture, trees, carpets and people. There is no clear distinction between interior and exterior, private and public, intimate and communal, architecture and nature. There seems to be a paradoxical coincidence between the social model and the representational technique employed to depict that model. In this work, informality is both ideological and methodological. Almost as a literal translation, the exercise will explore the blurry boundary between a motive as an intention and the motif as a repetitive figure through the construction of a single (large size) scale mode.