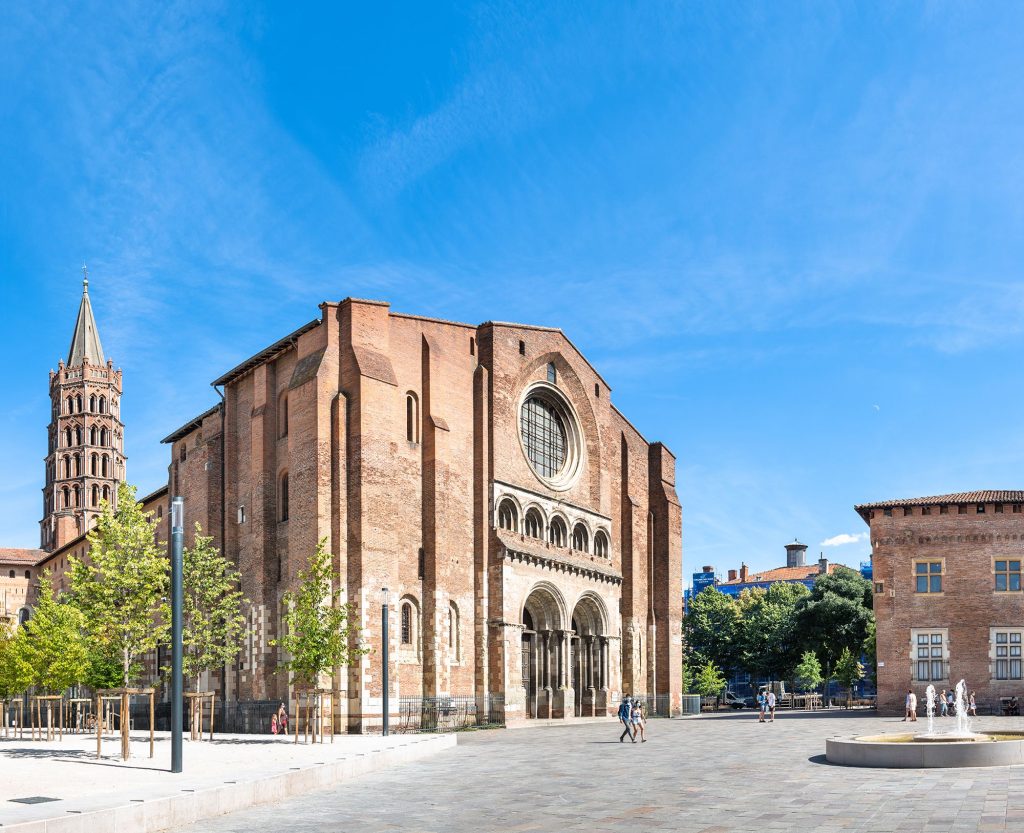 Saint Sernin square in Toulouse by BAU | Joan Busquets and Pieter-Jan Versluys among the finalists of the 11h European Prize for Urban Public Space 2022 Award.

The Saint-Sernin basilica, a masterpiece of Romanesque art, is one of the emblematic and most visited monuments of Toulouse. A stopover point on the Way of St. James, it is listed as a World Heritage Site.

The Grand Saint-Sernin project includes the development of the public space around the basilica, the restoration of the religious building, the modernization of the lighting of the basilica contributes to the enhancement of its architectural ensemble. A scientific committee had been set up specifically for this operation overseeing the design process and the construction of the project.

The work on the public space of Saint-Sernin, started in 2017, have been completed in spring 2020. The arrangements made around the Saint-Sernin Basilica, with its landscaped gardens and its pedestrian esplanade, transformed the car parking surrounding the basilica in a large 18,000 m2 public square with different atmospheres;

The JeanPaul II square, the parvis of the Basilica forming an historic ensemble with the musée St Raymond and the Hotel du Barry.
The Miégeville forecourt, at the end of the historical axis connecting St Sernin with the place du Capitol.
The historic space of the abbey and the cloister
The Apse garden at the apse of the basilica, which derives of the urban form given by Violletle-Duc’s alignment plans. a new green space in the heart of the city
The project recovers the place for the pedestrian and reinforce the unitary image of the site. Therefore the range of materials and construction solutions are reduced. The natural stone pavement, (Porphyre from the Alps and French Comblanchien), gives coherence to the whole, but its layout and finishing differs to explain the site history.

The redevelopment of the space also offers the opportunity to create public gardens, in a neighborhood with few green areas. Reinforcing the existing landscape structures, such as the Lycée Garden and the 19th century apse garden, expanded and opened to the public.
_