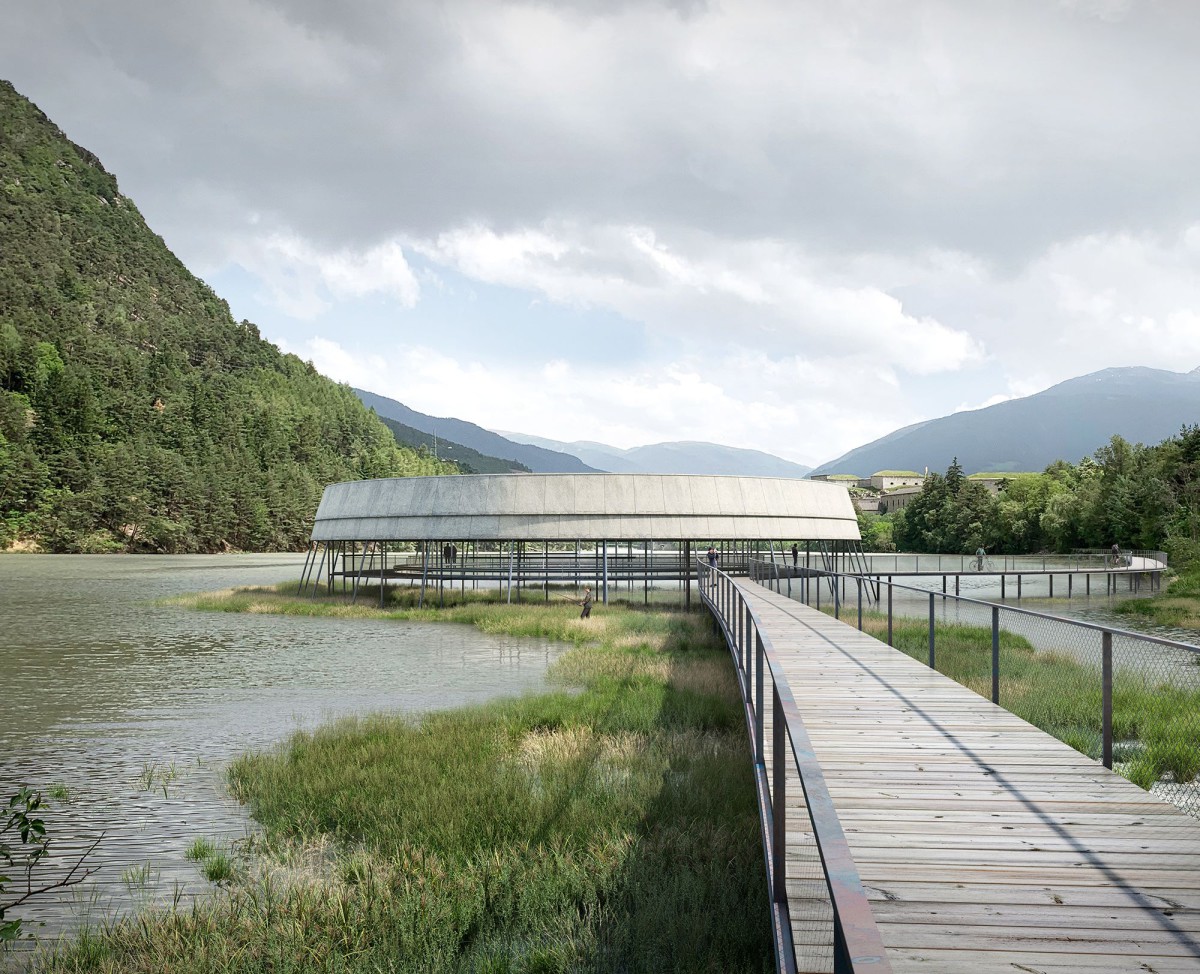 “Defence of Fortezza” is a small adventure with the aim of revealing the defensive object built in order to protect a part of the area from the Archiduca Giovanni d’Austria fort. A sort of “treasure hunt” in a site that hosts a rich landscape of artefacts which belong to the timeframe from the ancient age to the contemporary age.

The site: heterogeneity as resource

Between the north part of Fortezza and the majestic Fort, the area is characterized by a multitude of iconic objects contained within a relatively small geographic perimeter. The anthropization transformed the area within many centuries; this process produced a wide range of different identities strictly connected with each other despite their age. The project identifies these subjects as the Isacco tower, the ancient Roman Street, Fortezza’s historical center, the Fortezza’s fort and the bunkers displaced in the valley. The project seeks to use the heterogenic features of that sequence of objects as actors inside a natural theatrical landscape.

The project Minerva is based on the will of working with two interdependent levels of intervention. The first one which is diffuse homogeneously along the entire path proposes an educative signage that allows to recognize the intervention and to offer the first generic information to the users. The second level is strongly recognizable and it is visible through smaller iconic interventions; the more didactic parts are rich in information that invite the visitors to elaborate more on different themes.

The need of identity for an iconic site

Placing a new artefact produce the creation of a place when the site is dense of natural connotations. The “Minerva” project’s” will is to create a symbolic and strongly recognizable place; its image will be imprinted in the traveller’s memory. Nevertheless, the project starts from the dialogue with the elements of the context. The new observatory is a re-interpretation of the primitive archetype of the tent. The abstract form is built with long last materials of the area: steel for the frame, stones for the concrete mixture.

The didactic: revealing the invisible.

The bunkers are the main elements of the defensive system; they are hidden elements because of their mimetic features. Many of those structures became part of the territory’s landscape. “Minerva” wants to raise the curiosity towards the understanding of hidden elements and to address and explore the invisible. Enhancing the contents not the container is the objective of the project.
_