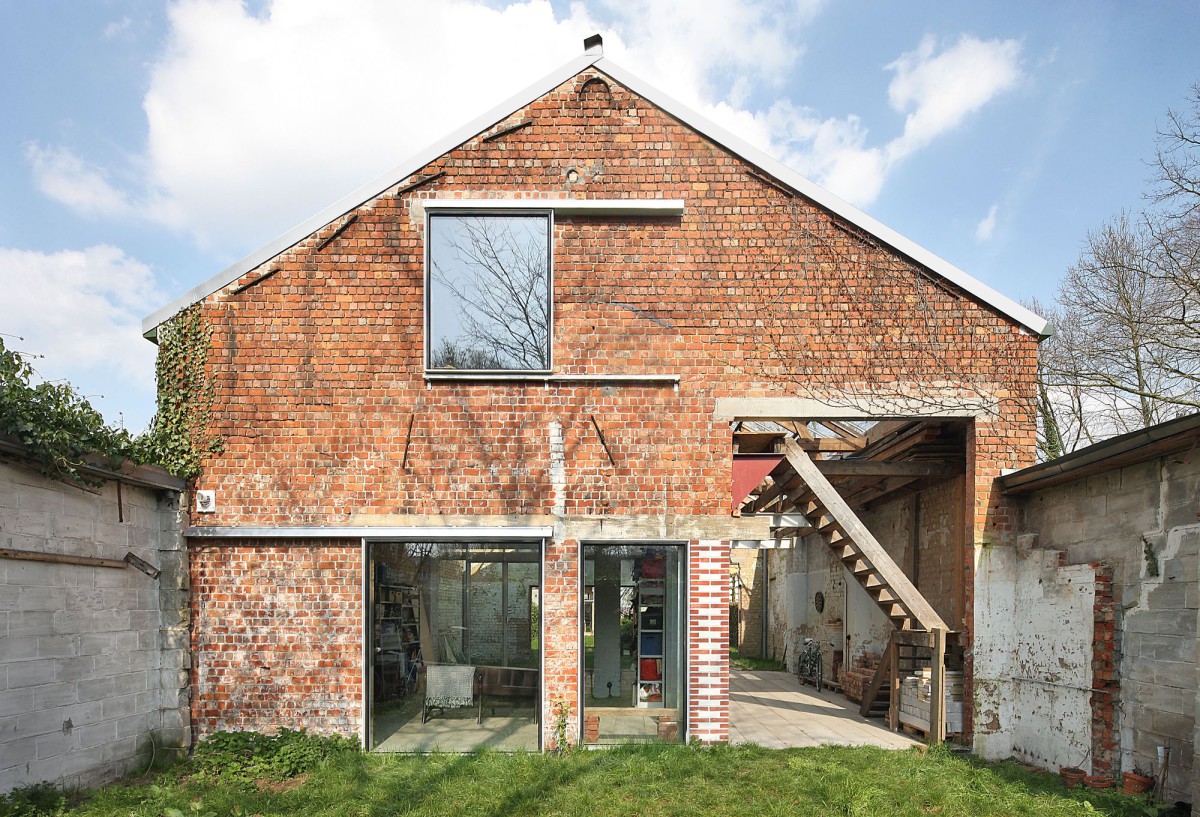 Patijn is the renovation of a small yet stately house from the 1930s. Slightly set back from the street, the original house of three floors was built in red brickwork, with a mansard roof embracing the upper two. On the left side, the front lawn runs around the back, while on the right, the building connects with the other row houses in the quiet street.

The renovation entailed stripping the original house to its structural brick walls, which remain visible throughout the interiors, while its exterior façades were wrapped in white-plastered insulation. At the back, an extension was realised in two additional volumes, stepping down along the slope of the plot towards the garden.

A few details refine the exterior walls of the house. The white façades are finished with a plinth in white bricks, while the rectangular, triangular and arched windows are accentuated with similar brick patterns in some places, with red, green or white paint in others, and with a subtle embossing in the plaster in again others. The extension at the back only becomes visible while stepping down the driveway towards the front door on the side, where a nod in the side façade hides the extra volumes from the street.

In a game of contrasts, the extension is mostly finished in white brickwork with a plinth in red ones, both referencing to and differentiating itself from the house in front. Here, as well, some windows are arched or rectangular, accentuated with red, green or white paint, and embossing in some places. The gabled roofs, on the other hand, become one continuous surface from front to back, with cement tiles covering the roofs and some parts of the walls.
_