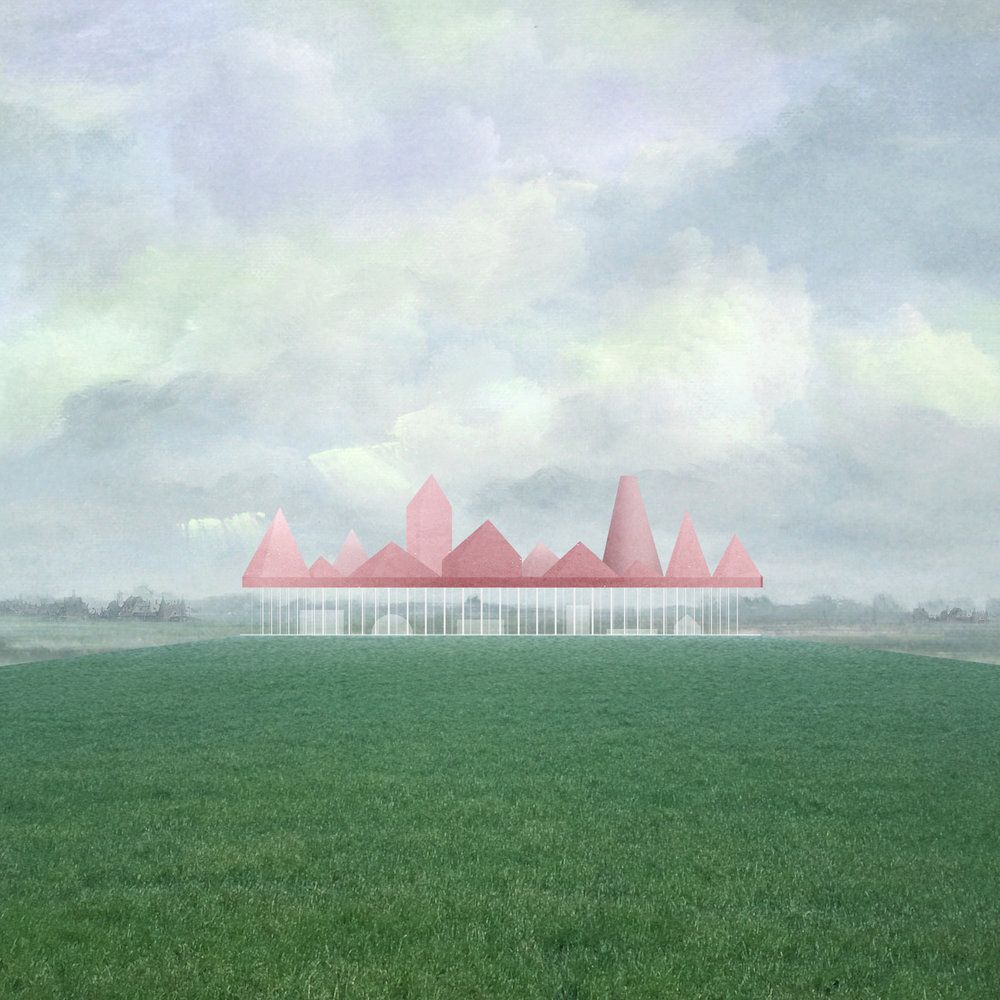 The province of Groningen consists of a constellation of small villages, generally characterized by relative isolation, lack of services, a decreasing population, and, above all, the common fear of the very ground on which they stand, site of induced earthquakes due to gas extraction. Ganzedijk and Hongerige Wolf are two village where these problems are tangible. They are but a 15 minutes drive from areas affected by earthquakes, having the potential to offer a temporary shelter in a places close from home.

The place in between the two villages is taken as an exemplary site for a pilot project in the region, a reflection on new spaces and new meeting places both for earthquake emergency and for situations of isolation, lack of services, economic restraints. The project proposes a system of new civic forms across the territory, shelters conceived not as emergency solutions but as new civic spaces. The earthquake is something that destroy homes, but it is, at the same time something that creates moments of encounter, gatherings which produce a sense of community and agency across the region. The architecture proposed is a large roof that becomes a new civic space, a shelter that creates a new urbanity, a common ground floor suggesting new forms of temporary domesticity and collectivity.

It’s a house, a school and a kindergarten for those affected by the earthquake, but it is also a place for events, markets, workshops, festivals, a shelter from a common fear and a platform from which to think about the future. The roof is a vast public terrace, overlooking the region, a view point to both see and be seen. It’s a new form through which to read the territory, between the domestic and the civic scale.
_