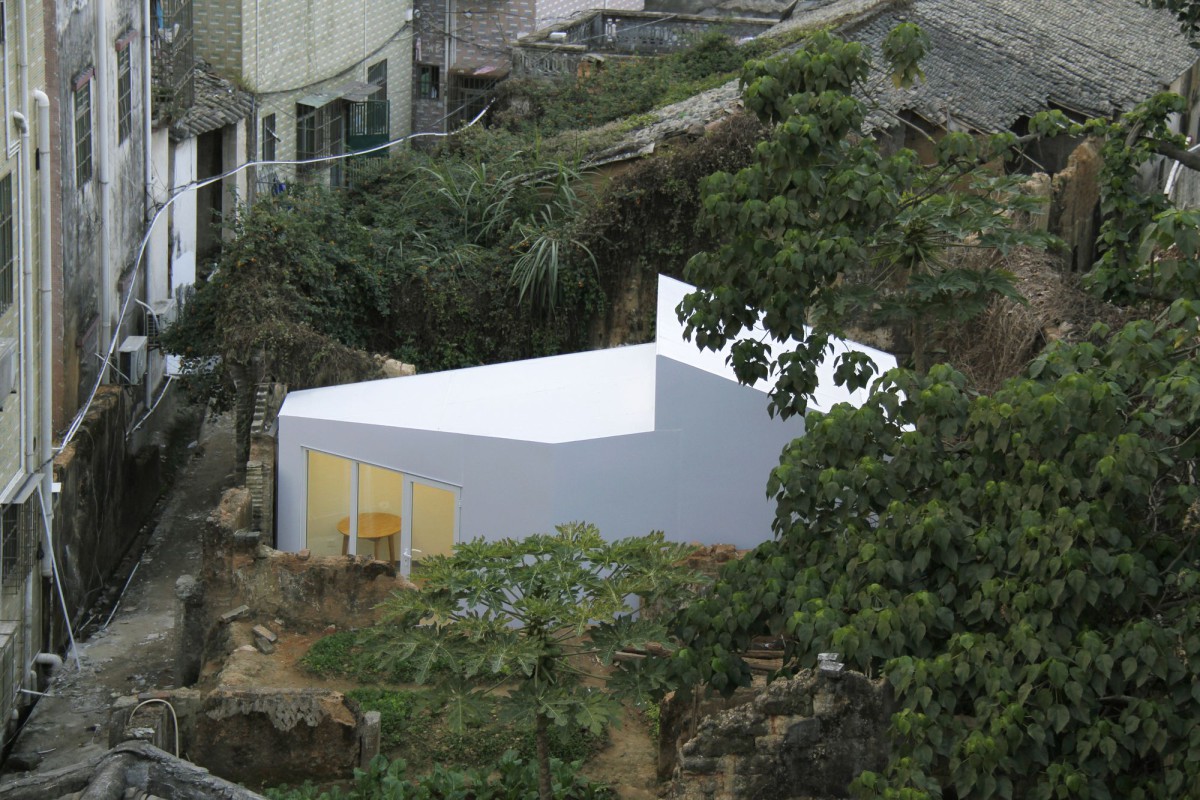 The Shangwei Plugin Houses are renovated houses that are hundreds of years old, left vacant and in ruins for decades as Shangwei Village suffered from heavy disinvestment. The rapid urban expansion of nearby Shenzhen engulfed villages like Shangwei, turning them into urban villages, or rural islands surrounded by a sea of new development. Half of the properties in Shangwei lay abandoned as villagers fled in search of higher standards of living in neighboring areas.

The local government, the Shangwei Village Cooperative, was interested in exploring creative ways to rehabilitate and support a budding community of local artists and craftsmen that has recently taken root. The government, with the support of the Leping Foundation and Future Plus (a local non-profit), initiated a pilot in partnership with People’s Architecture Office.

The village government is legally bound to renovate uninhabitable properties where the roofs have collapsed. However, such properties are difficult to renovate because any work would affect adjacent structures. To circumvent this problem, the Plugin House leaves the original structure untouched while a new structure is built inside the existing house.
_

The Plugin House uses a modular building system of prefabricated panels. Structural connections are integrated into each panel so that a Plugin House can be built with unskilled labor using one tool in less than a day. Industrial manufacturing allows the use of high quality materials that drastically increase energy efficiency and economies of scale ensure the Plugin House remains inexpensive.

Although the Plugin Panels are mass produced, each Plugin House is customized to fit its particular site. The Huang Family Plugin House fits into a tiny 15sqm space. Because part of the original roof still remains, the Plugin House insertion acts as structural reinforcement and as a protective measure against any structural issues the original house may have. To add additional space, the bedroom is placed on a mezzanine level with a corner window that cantilevers over a collapsed wall, offering a panoramic view of the village roofline.

A skylight is placed where the original roof has collapsed, inviting natural light into the deep lot. The Fang Family Plugin House is slightly larger at 20sqm. The house features a clerestory window to bring southern light into the bedroom area at the rear of the house. For both locations, the Plugin House System raises living standards by adding efficient mini-split units for heating and cooling, modern kitchens, and off-the-grid composting toilet systems.
_