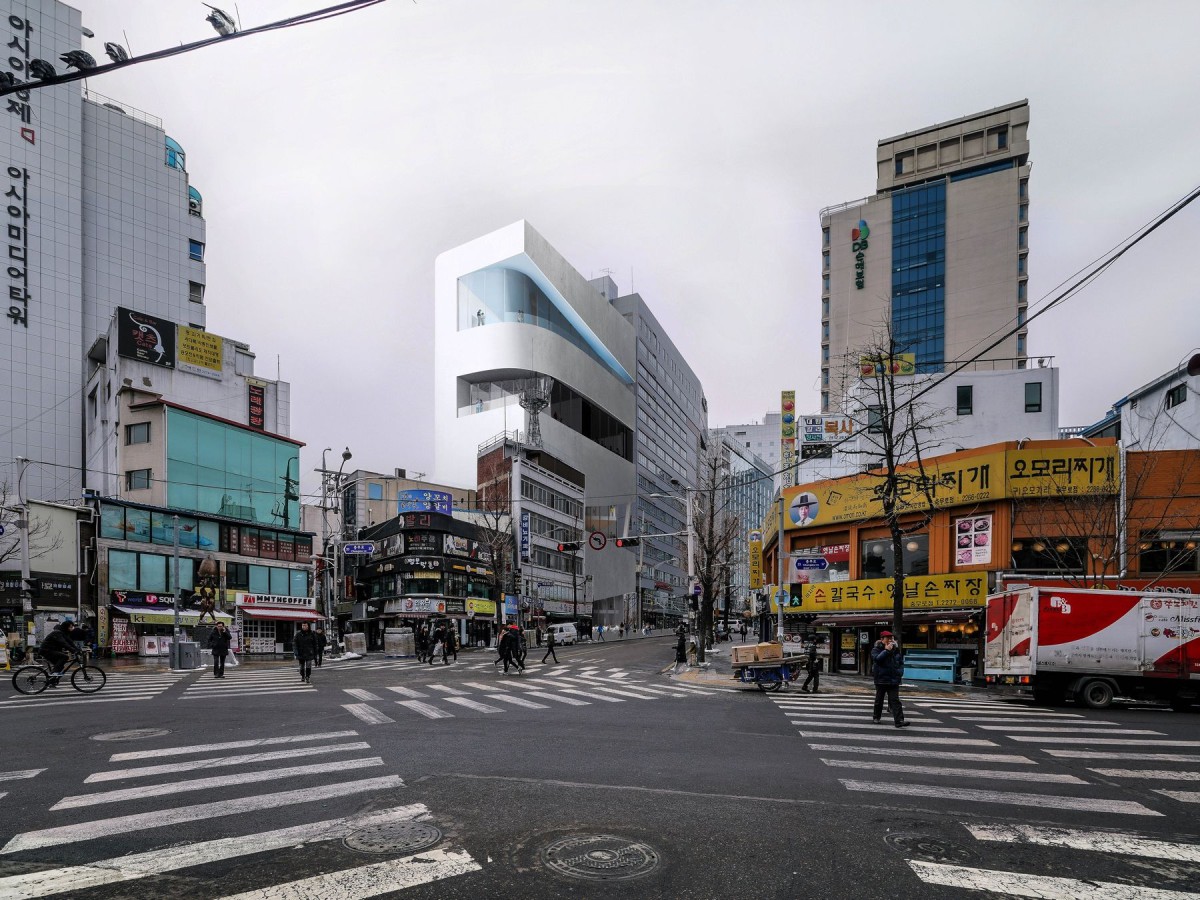 The Seoul Metropolitan Government announced the release of a design sketch of the Seoul Cinematheque (tentative name), a visual art cultural complex to be built in Chungmuro, which is the center of the domestic film industry.
_

The “Seoul Cinematheque” is a symbolic facility in which a variety of movies such as non-commercial, independent, artistic, and classic films can be enjoyed regardless of commercial interests.

The “Seoul Cinematheque” will be constructed with ten levels on the ground and three levels underground (gross floor area 4,800) on the current site of the Cho-dong public parking lot. It will be opened in February 2021.

The key point is that there are “various exclusive film theaters” of large, medium, and small sizes (150 to 300 seats). There is also an open-air theater on the roof that can accommodate about 150 people and on the roof, non-commercial and classic films such as independent and art films, which were difficult to watch in general theaters, will be shown.

The “visual media center,” is equipped with a recording room, a color correction room, and storage for equipment rentals, and can be used by members of the public who want to produce movies and video clips as well.

Moreover, there is an adjustable classroom that can accommodate up to 180 people and a “film archive” where valuable films can be stored and watched. In particular, the film archive is not a simple archive, but is based on an idea to create a unique conceptual space with a theater character.

Furthermore, there will be a café, a bookstore, and a souvenir shop on the first and second floors above the ground and an elevator facing toward Namsan will be installed.

The design was selected as the winner of an international design competition in which five offices were invited to participate. Mass Studies, Kuma Kengo & Associates, NADAAA, The System Lab and Seunghae Kim (Seoul National University).