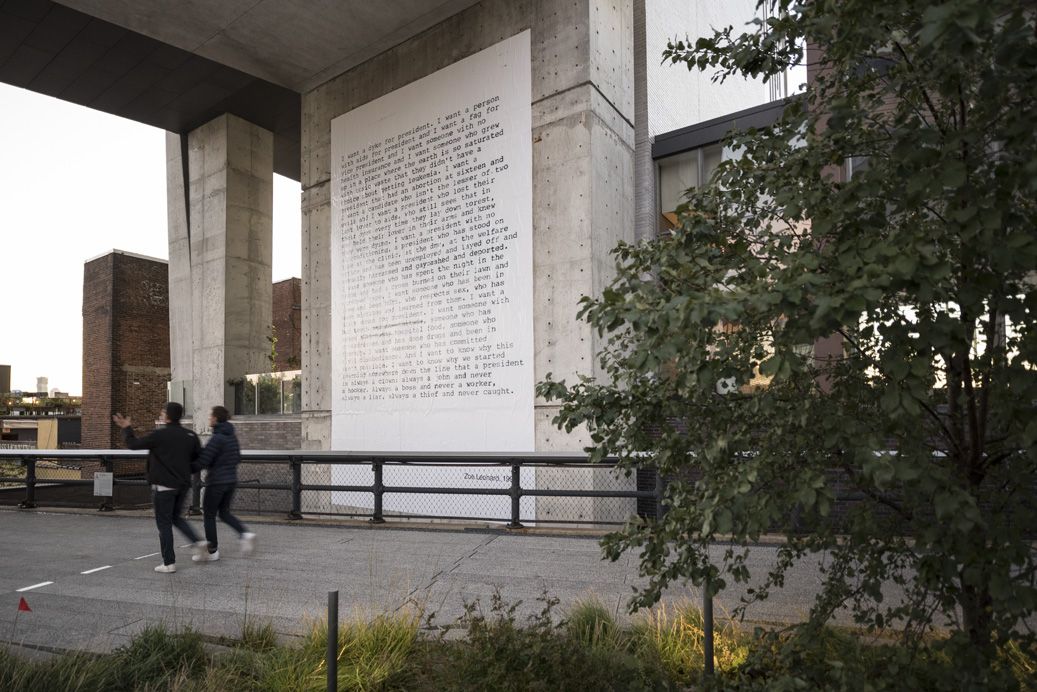 Zoe Leonard, an artist primarily known for her photography, sculpture, and site-specific installations, is also an influential feminist and queer activist who started working in New York City in the 1980s, an era marked by overwhelming loss during the AIDS epidemic. Throughout her work from that time, Leonard references the enormous loss of close friends and fellow artists and activists whose absence still reverberates today.Leonard wrote I want a president in 1992, the year that poet Eileen Myles ran for president as an independent candidate alongside George H.W. Bush, Bill Clinton, and Ross Perot. The queer magazine for which the work was originally intended dissolved before its publication, but the text circulated organically – passed between friends, and posted on refrigerators. Over time, the text gained a life of its own.
High Line Art
_