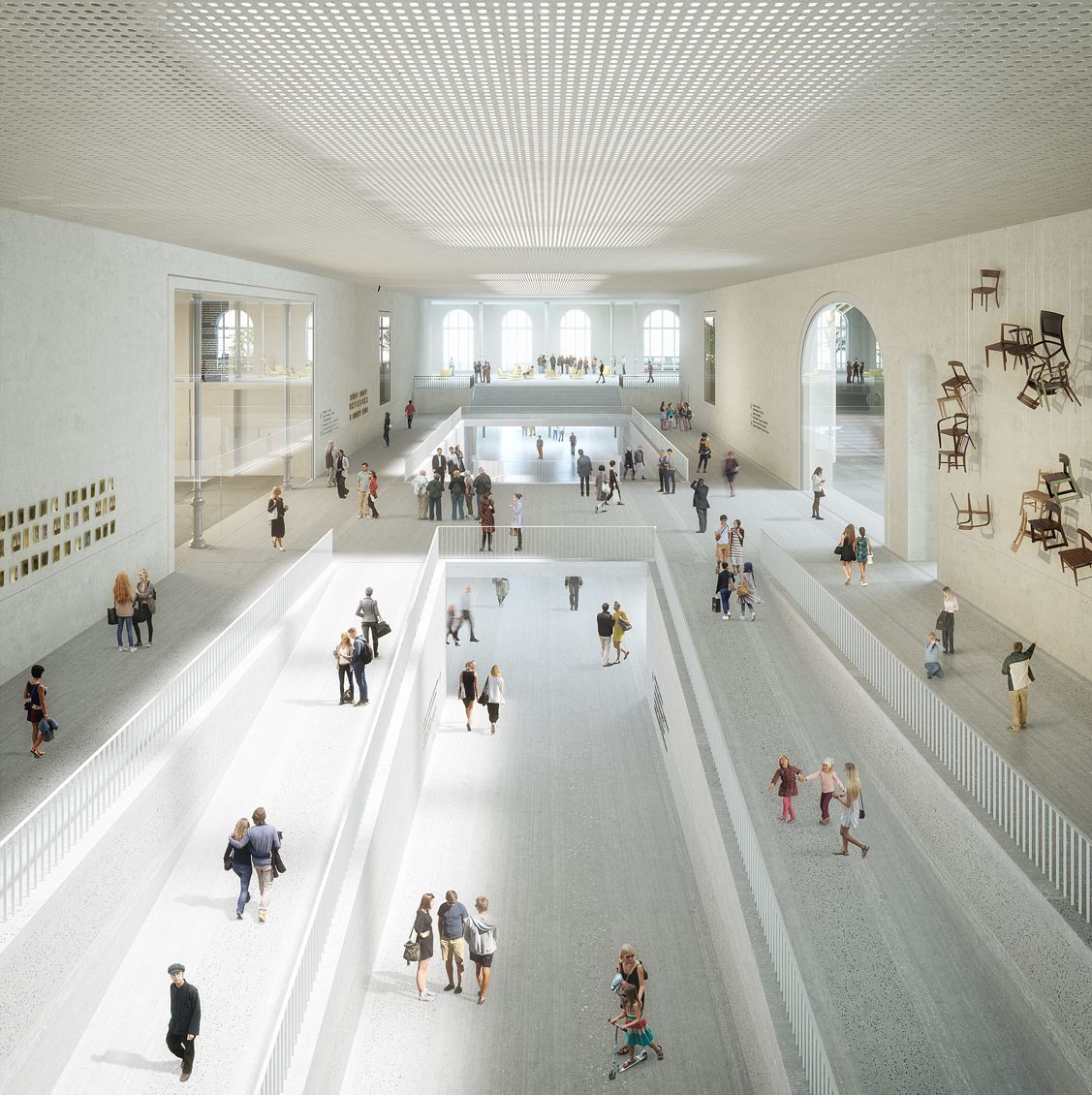 Unveiled the Grand Palais restoration and development project, the aim of which is to restore the beauty and audacity of its original design. Closure for restoration work is planned from the end of 2020 to spring 2023.
_

“For us, the Grand Palais represents modernity both in its design and in its symbolism. It is a hybrid building in terms of its architecture, its use and its history. Neither a museum nor a monument as such, the very architecture and identity of the building lend themselves to an approach based on the creation of a “culture machine” to pay constant, renewed homage to its “universal”, republican vocation. The Grand Palais restoration and development project provides an opportunity to reinforce this ambition. The idea is to redefine its identity and reveal how, despite the passage of time, the Grand Palais has remained a source of inspiration for those who believe that space and architecture are not ends in themselves, but the means to generate and improve life and society. The initial reason for building the Grand Palais was to provide a venue to present and promote French artistic culture at the Universal Exposition of 1900 through the creation of spaces for a variety of uses, both permanent and temporary (annual Beaux-Arts exhibitions, agricultural and horticultural competitions, horse shows and various other fairs, exhibitions and competitions), but the course of History has shown the versatility of the Grand Palais extended even to its use as a hospital during the First World War, to house governmental authorities such as the Regional Directorate for Cultural Affairs (DRAC), as rehearsal rooms for the Comédie Française and for teaching and education (University Paris-IV and Beaux-Arts workshops), etc. Despite the many modifications that have gradually increased the complexity and lessened the impact of certain parts of the Grand Palais, the intelligence underlying its overall form and spatial intentions and which have enabled this chef d’oeuvre to withstand the passage of time have remained intact. The Grand Palais is a veritable architectural symphony: a masterfully successful example of the dialectic between design and composition and a testimony to the talent of its architects and their attention in bringing together such disparate parts to form a single whole and create an identity. Our role today is not to rewrite this symphony, but first to learn how to conduct it and then to complete those parts which, for one reason or another, have remained unfinished. Rather than a project as such, our work is to bring to life a story that has already been written, adding careful touches here and there to reveal its true power and modernity. The new Rue de Palais, “Grandes Galeries”, logistics platform, observatory and all the other new works form part of this approach, completing and highlighting the formal logic of the “Nouveau Grand Palais” while respecting its identity and history.”