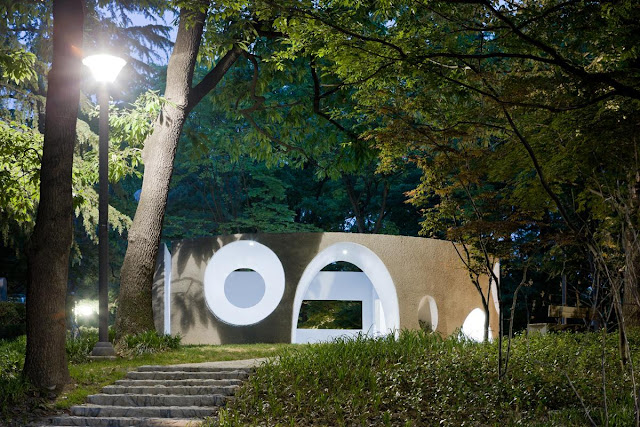 This proposal started off as an idea of a vacant house within a public space, a house that is owned by no one and in turn, owned by everyone. 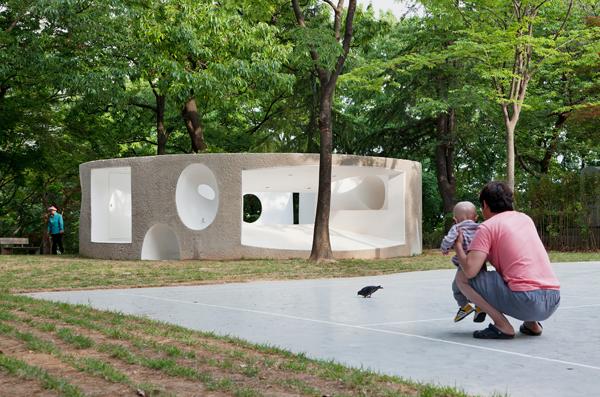 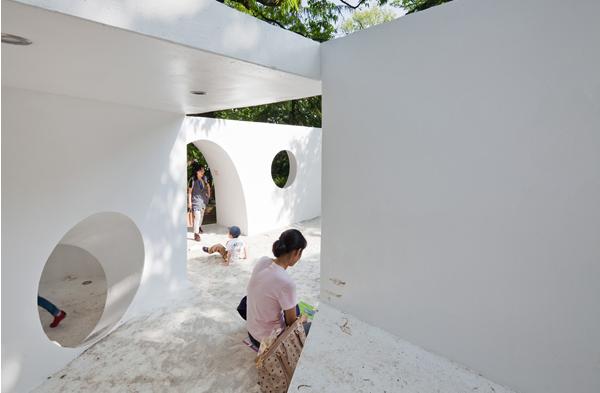 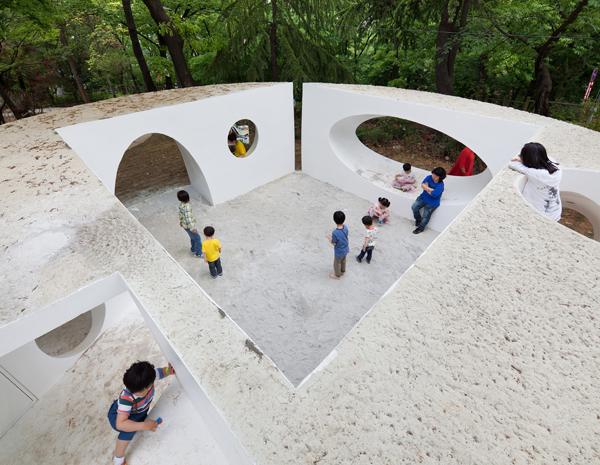 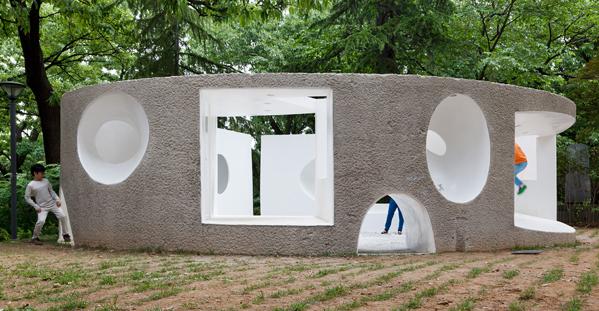 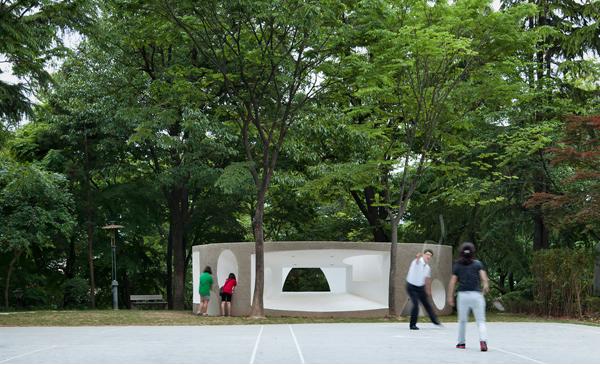 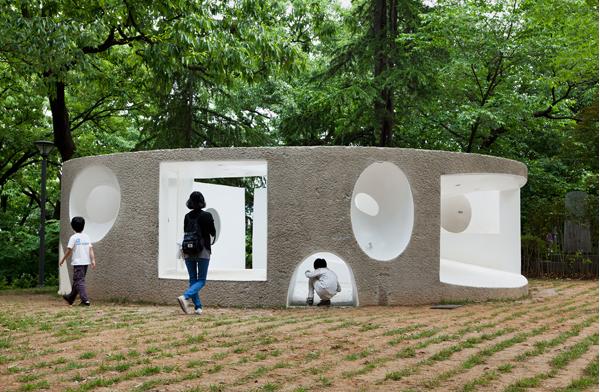 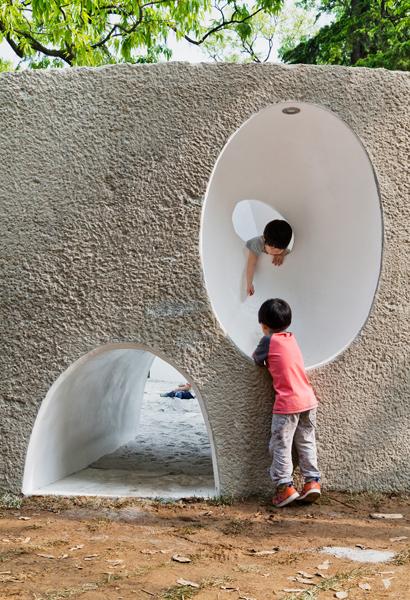 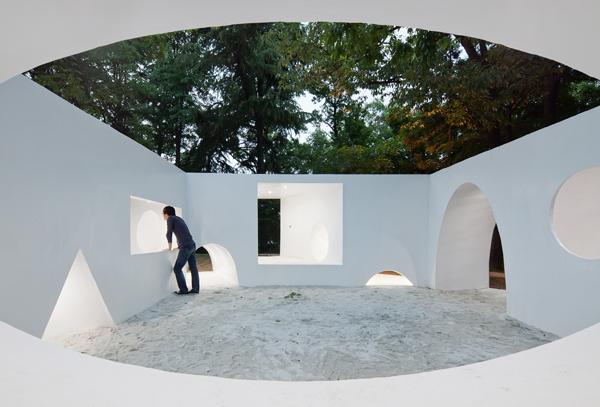 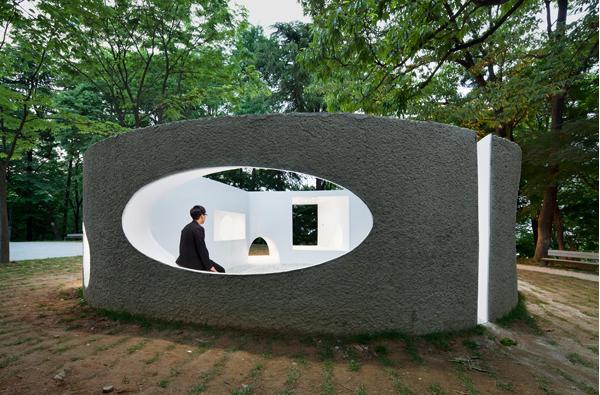 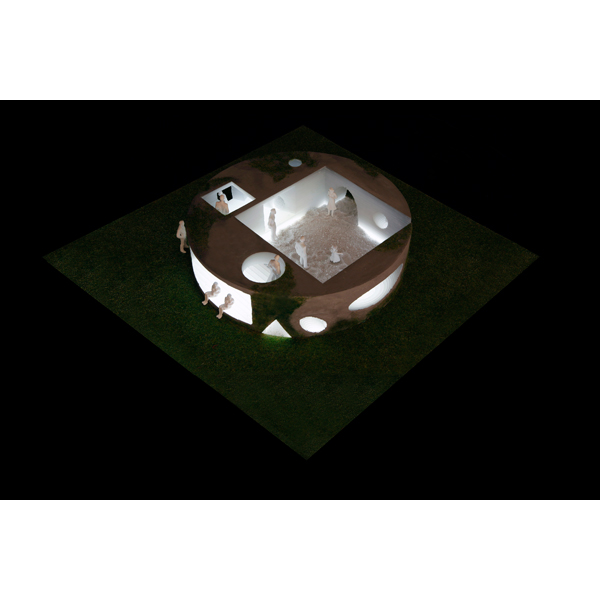 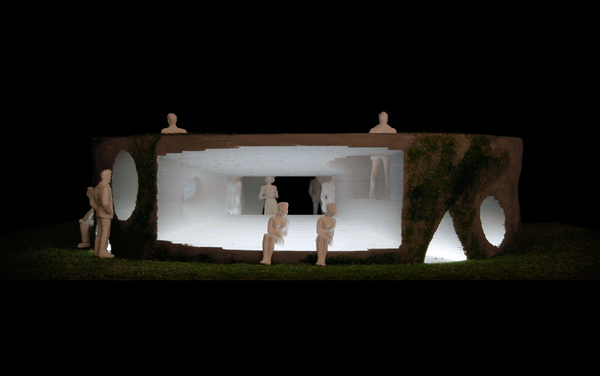 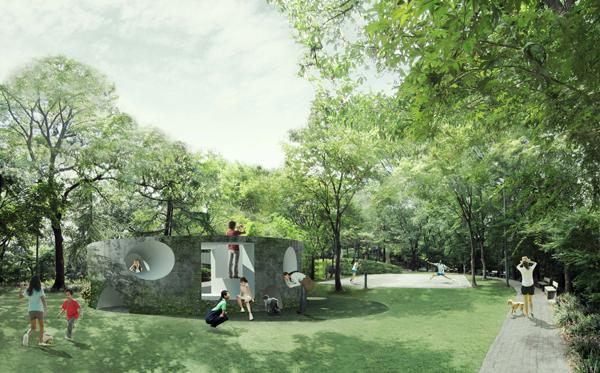 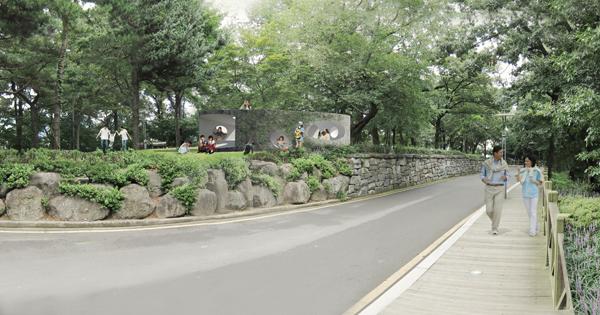 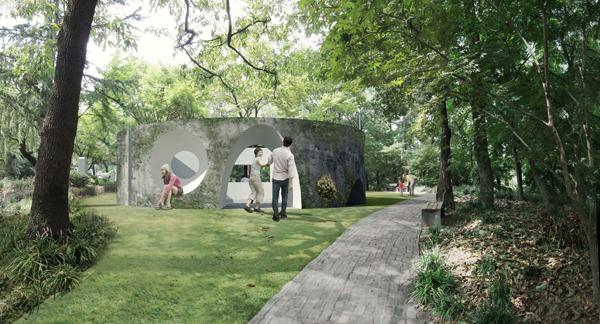 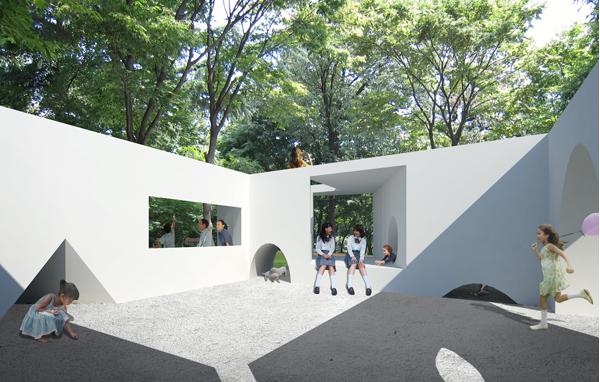 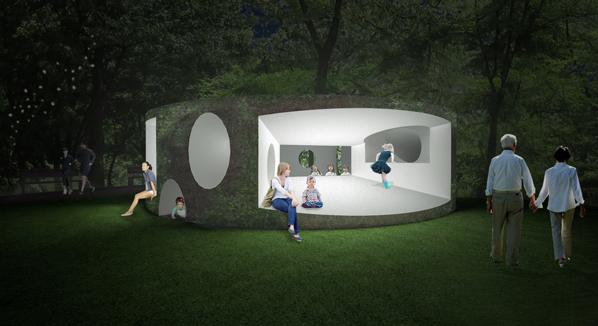 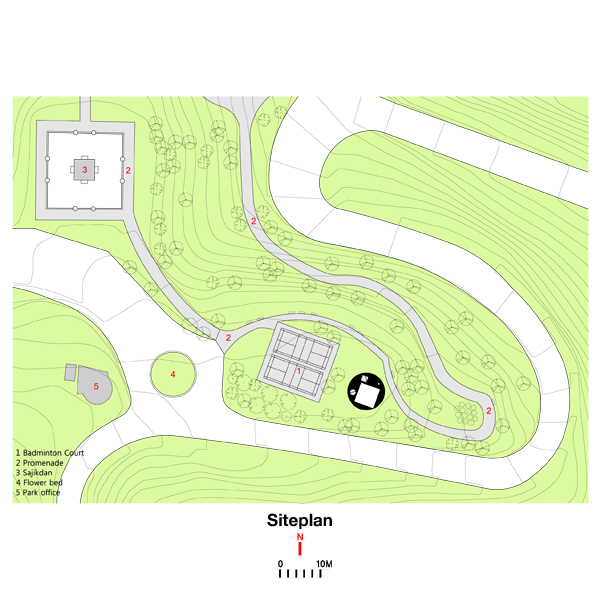 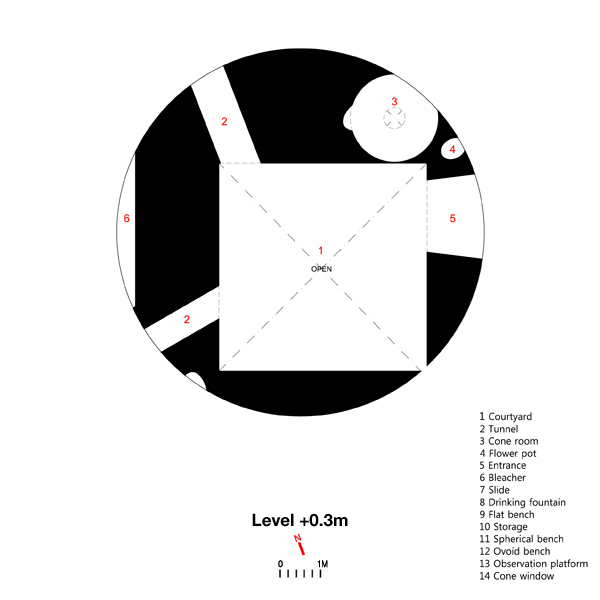 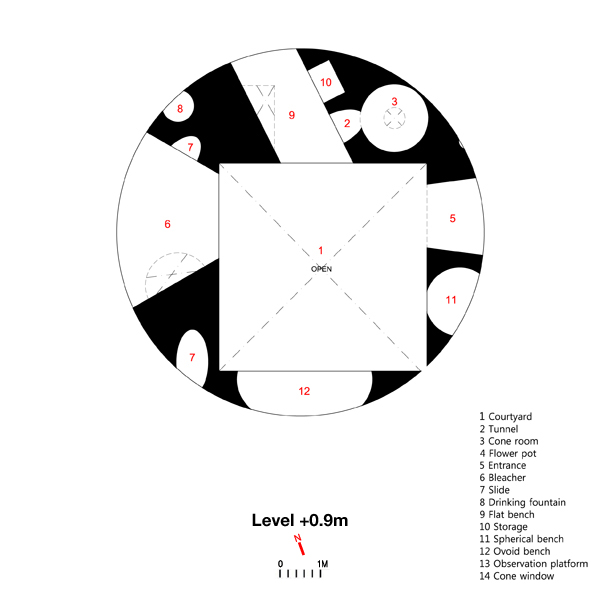 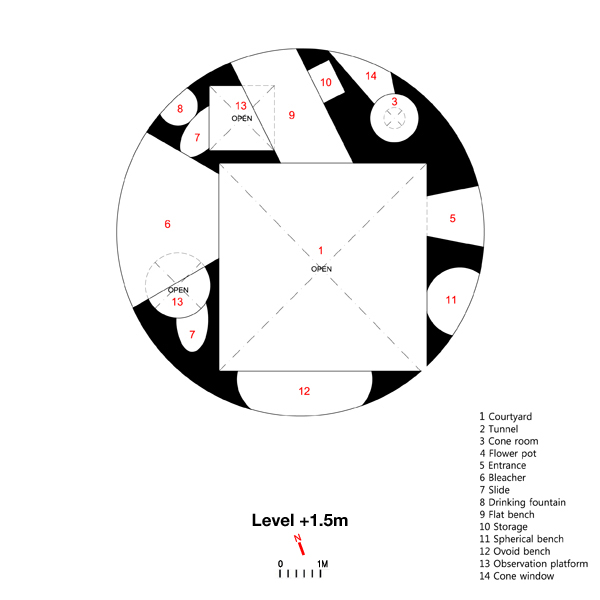 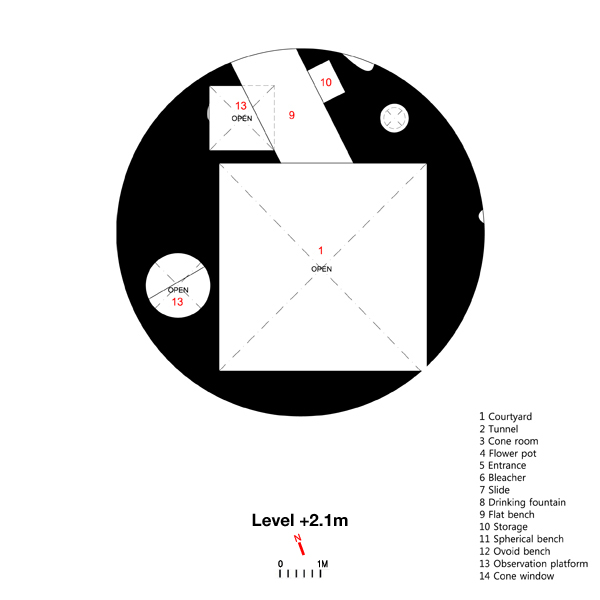 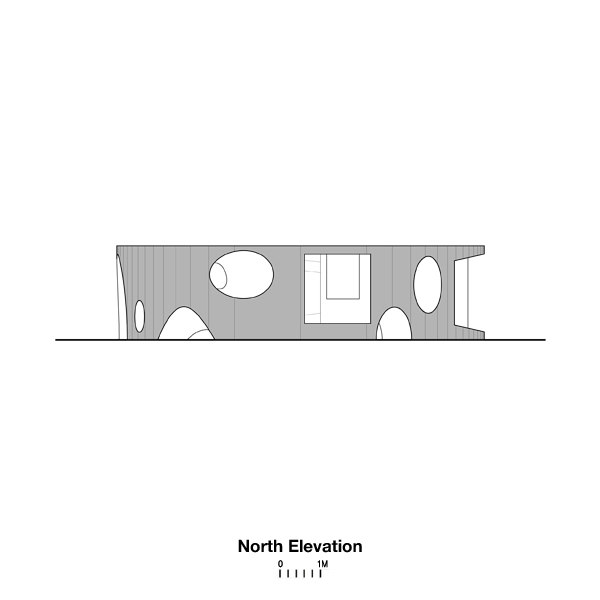 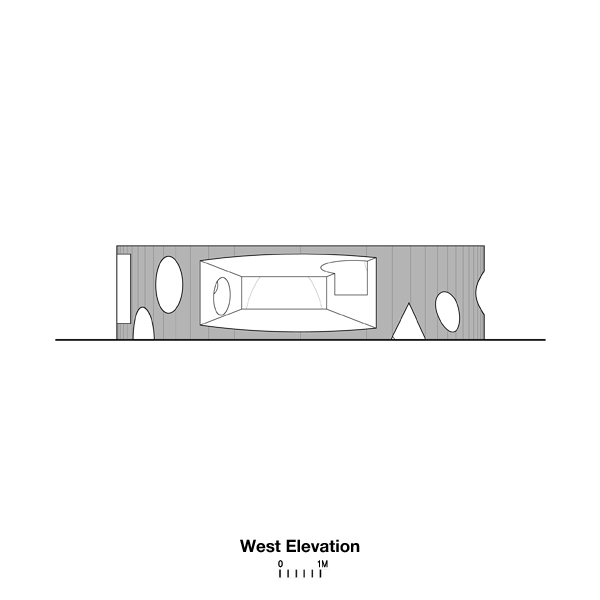 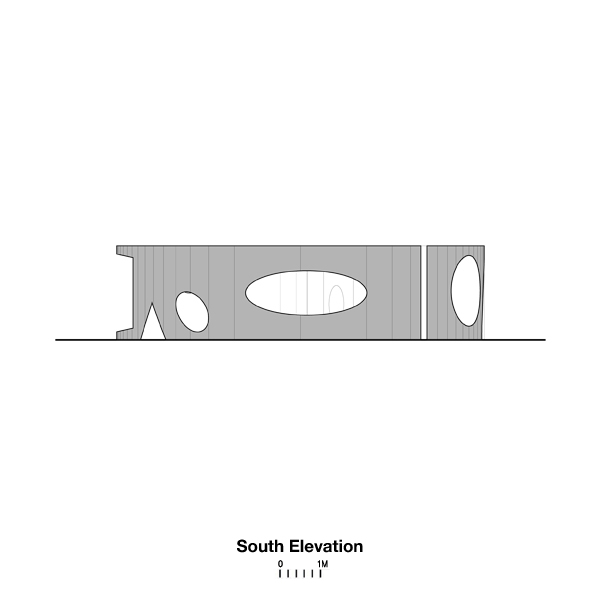 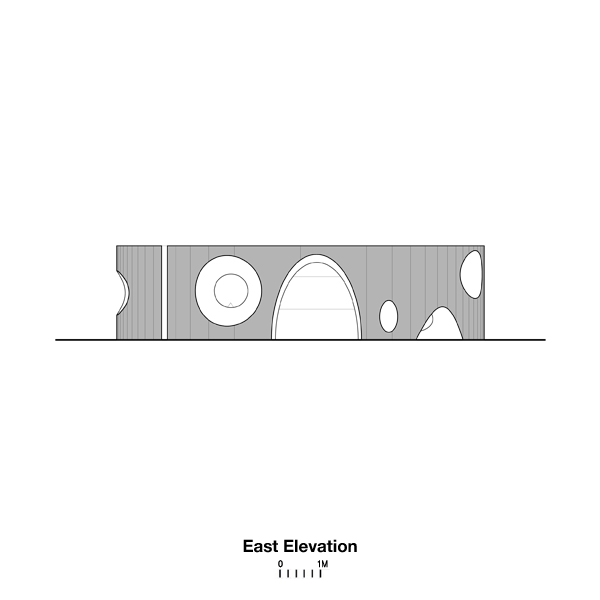 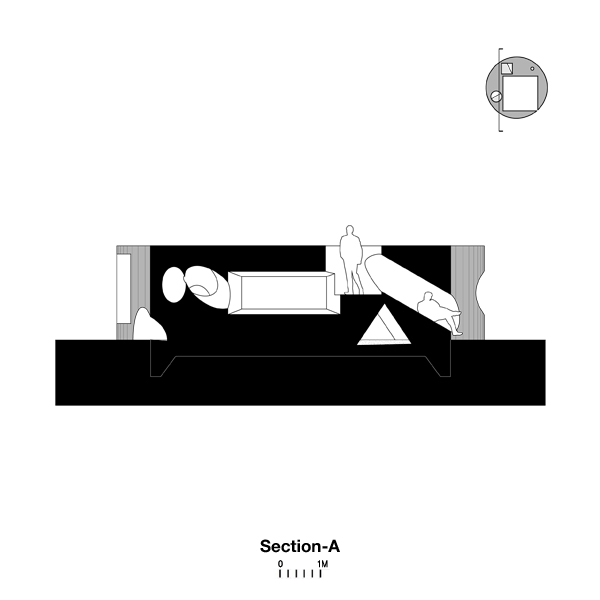 As a replacement for the deteriorated pergola that sits next to the badminton courts within Sajik Park in Gwangju city, Vacant House is of a reconfigured spatial composition that is similar to the courtyard house typology of Hanok (traditional Korean houses) at an intimate scale, thereby providing a familiar and yet unfamiliar experience.

Vacant House is composed as a 9m diameter, 2.3m height cylindrical concrete volume, with a 5.1m x 5.1m square madang (courtyard) at its center. The size of this void is a direct reference to Sajikdan, two historically important altars for national soil and grain ceremonies around which this park had been formed. Connected to this central courtyard are rooms of various shapes placed along the periphery as if the spaces were created by “Boolean subtraction” process. These rooms are of different geometries, such as a sphere, ovoid, cone, tetrahedron, etc., and although they are centripetal in nature, they also serve various functions as they interact with their specific, outer environment. Depending on their shapes and locations, these rooms become windows and observation platforms for the surrounding vista, bleachers for the badminton matches, benches, a slide, a drinking fountain, storage space, and flower beds, among others. These rooms provide leisure while also absorbing the various functions that existed before, to act as a catalyst for social interactions through voluntary and unforeseen actions taken by its users. These rooms are also connected by themselves, physically and visually, resonating with traditional Hanok house.

The outer and uppermost surfaces of this exposed concrete structure are of rough finish, to enable the moss to grow over them in time, which is abundant within the park. Eventually, it will blend seamlessly into the parkscape, as if it were one of the many moss-ridden rocks in its surroundings. In contrast, the surfaces of the interior spaces are treated with white polyurea, emphasizing the interiority of the rooms. Together with the central courtyard that is covered with white sand, they will provide an abstract spatial experience while also enhancing the geometries of the voids. These white interior spaces will act as frames to view the park’s scenery in a new way.