source: Thinkspace Art Gallery . design team: DAVID JIMENEZ INIESTA . JAVIER JIMENEZ INIESTA
塵も積もれば山となる ”Chiri mo tsumoreba yama to naru” [common japanese proverb that means something like ”If dust piles up, it becomes a mountain”. It relates time with materiality] The significant increase in environmental awareness that man has acquired in recent years has changed the way we understand the relationship between subject and biotope. However, political processes and catalysts for clean development remain invisible; we can only understand its sustainable condition through certificates and labels applied to these objects. RubbleScape aims to be an agitator of this controversy: the mountain becomes a snitch, an educational architecture that with its own construction, explains the ecological process that grows and becomes a new public space in the city. On one hand, Asian cities have become machines which collapse and rebuild themselves continuosly. In two years a district is able to completely renewed, erasing the past. There is no history. The uncommon construction capacity generates huge amounts of rubble and waste. Its management exceeds administration and it’s deposited in surrownding rural towns in an improvise way. Then, the degradation process of the rural environment is the only historic pattern concerning on new Asian city. On the other hand, the complete lack of architecture on infrastructure buildings such as those dedicated to areas of recycling, water treatment, energy plants … And here it appears our mountains, wich completely changes the ground plane. It is a grat infraestructurue itself, with its origin on the rubble material of demolished architecture: mountains that feed on rubble and make new public arenas, a new urban landscape with the ability to educate the citizens on waste proccesses and on environmental success. “I have been three years without watching Tokyo Bay from a boat (…) from here you can see the terrible aspect of this metropolis, which cannot be done when you are inside it: immeasurable number of containers that circulate automatically on conveyor belts, mountains of garbage that accumulate excessively, dirty sea and several merchant ships that sail through it. This makes you think rather in the backyard of a huge city than in the part of the city that looks at the sea.” ‘Escritos’ Toyo Ito 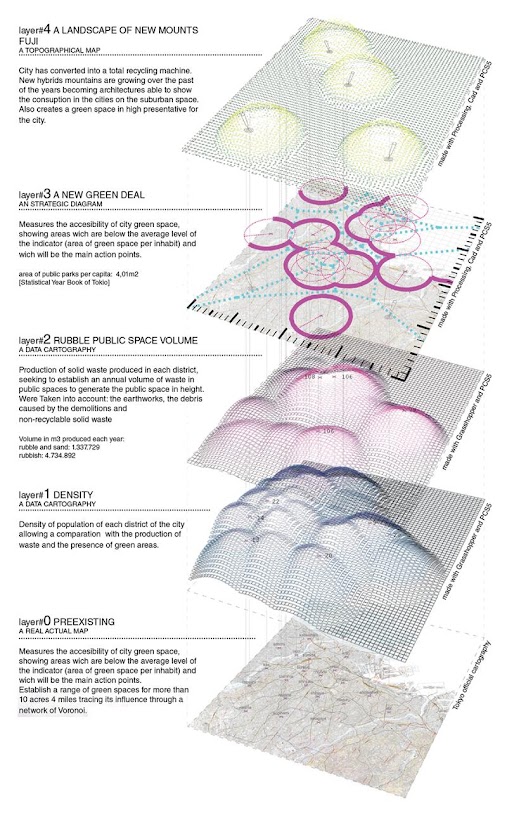 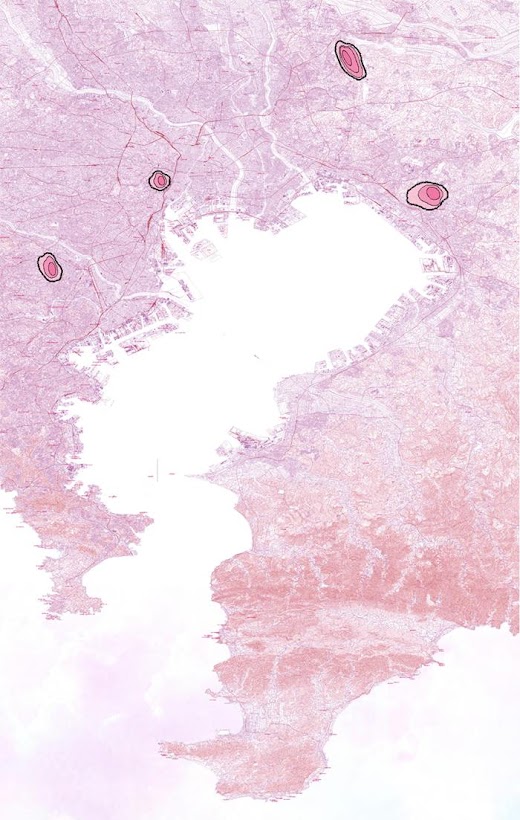