A field of opportunities, organised by precise production machinery.The new building for the RTS is positioned in the heart of the double campus of EPFL and UNIL. It will function as a ‘hinge’ between the two campuses, as well as between fields of eduction and research, and between classical broadcasting and contemporary media.The project consists of four separate volumes, supporting a disc-like volume suspended 7 meters above ground. 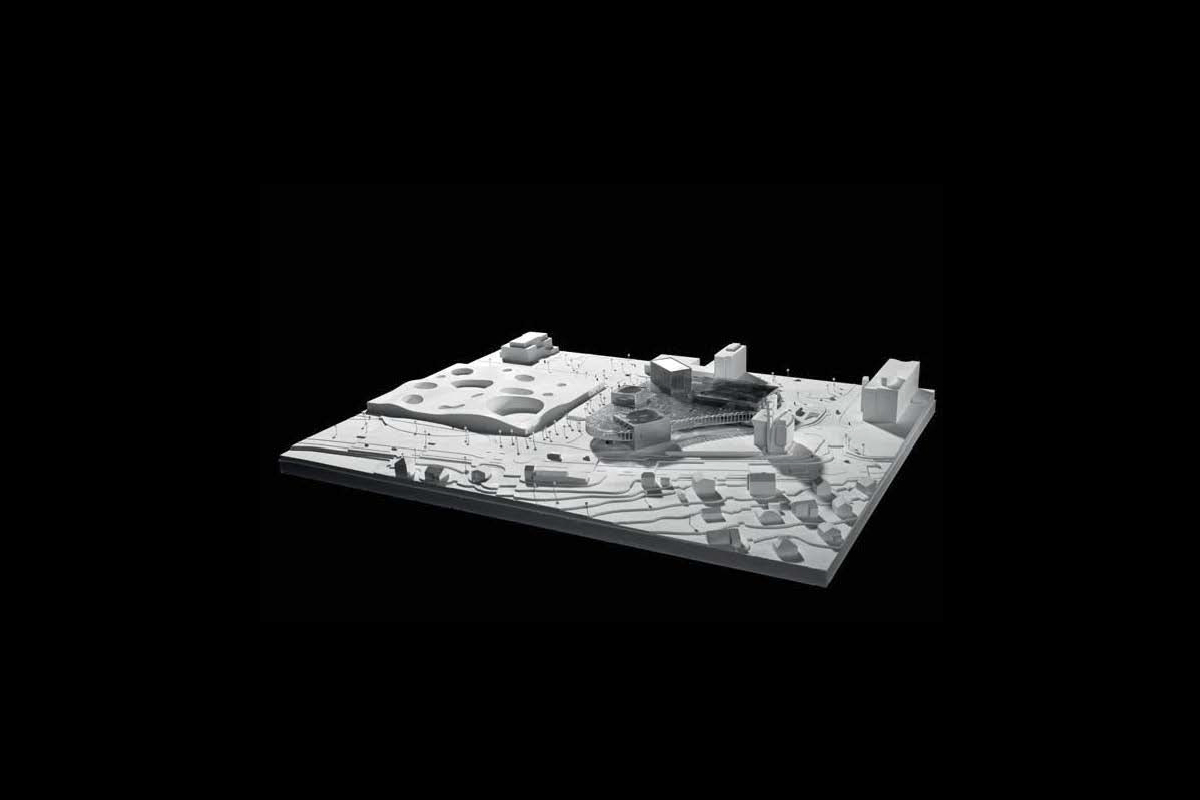 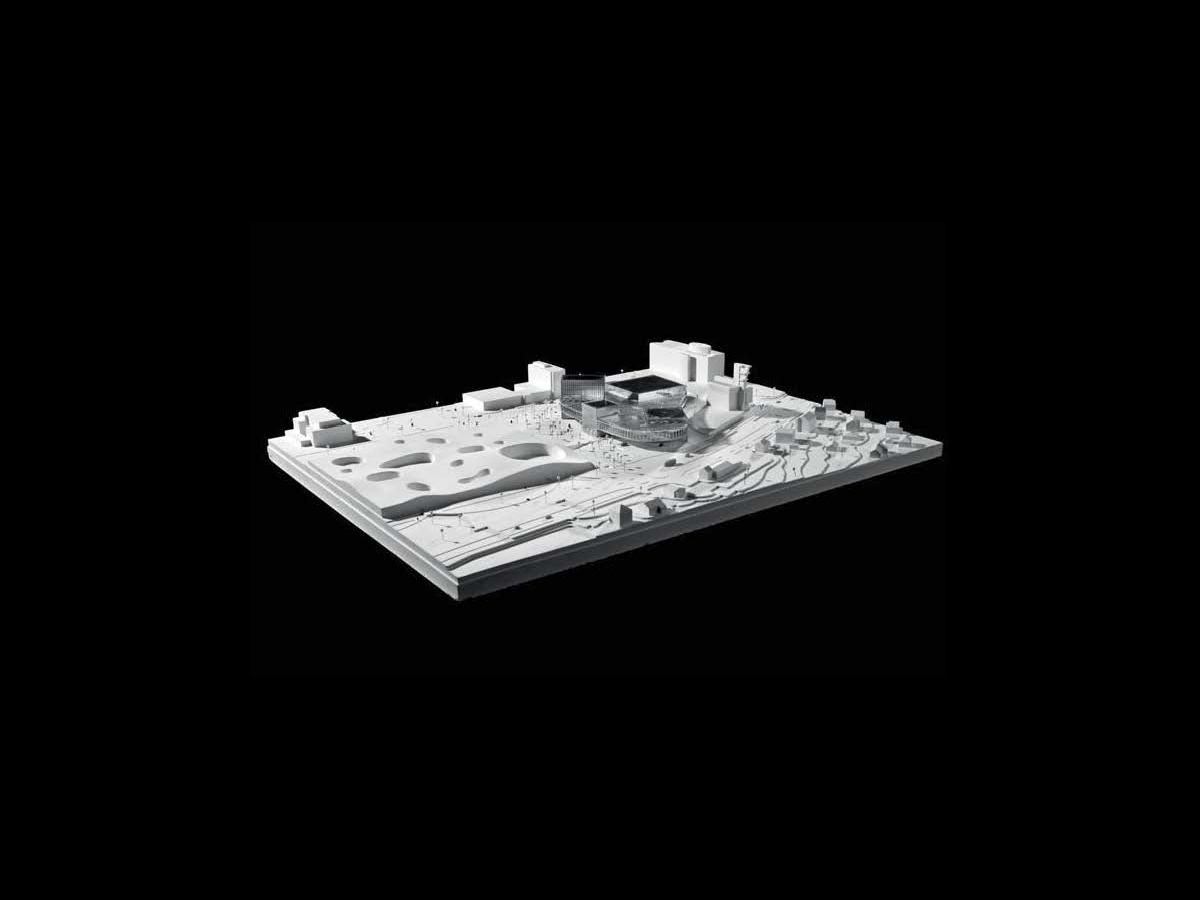 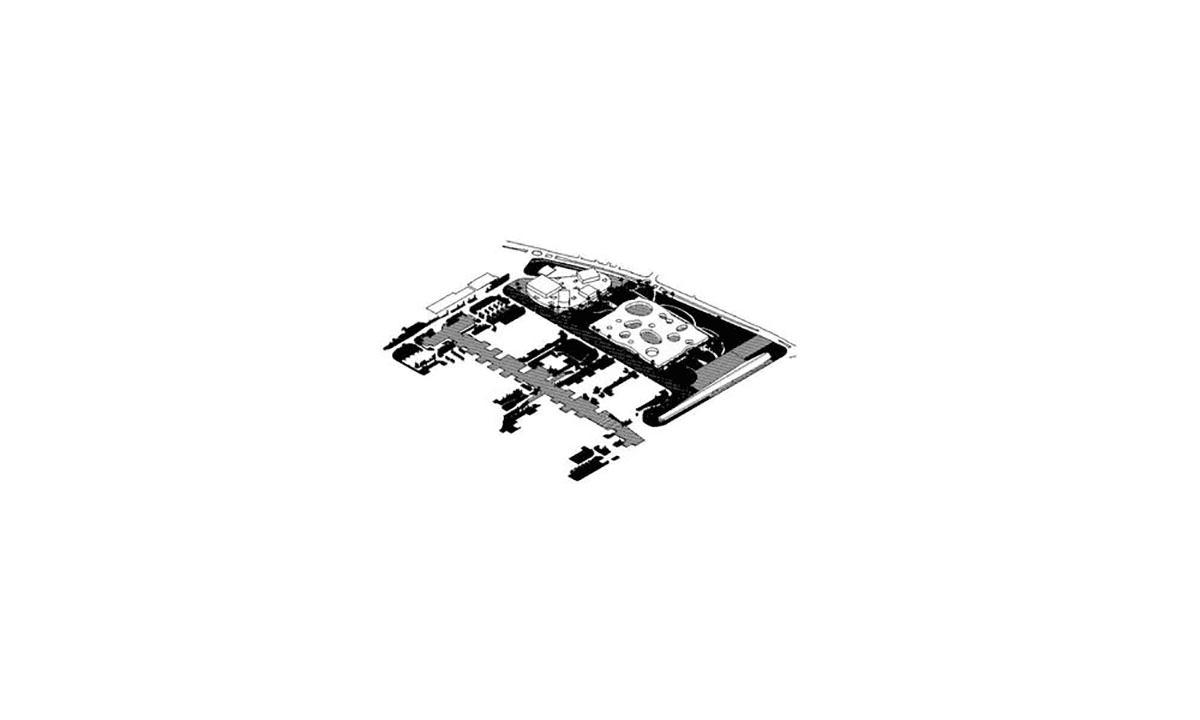 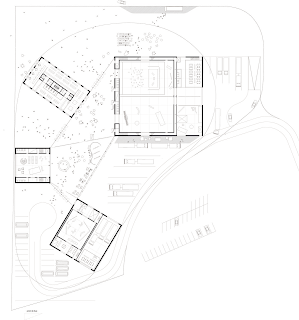 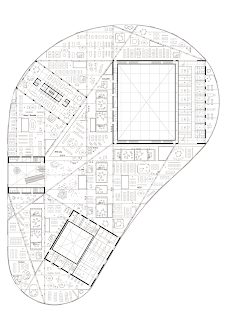 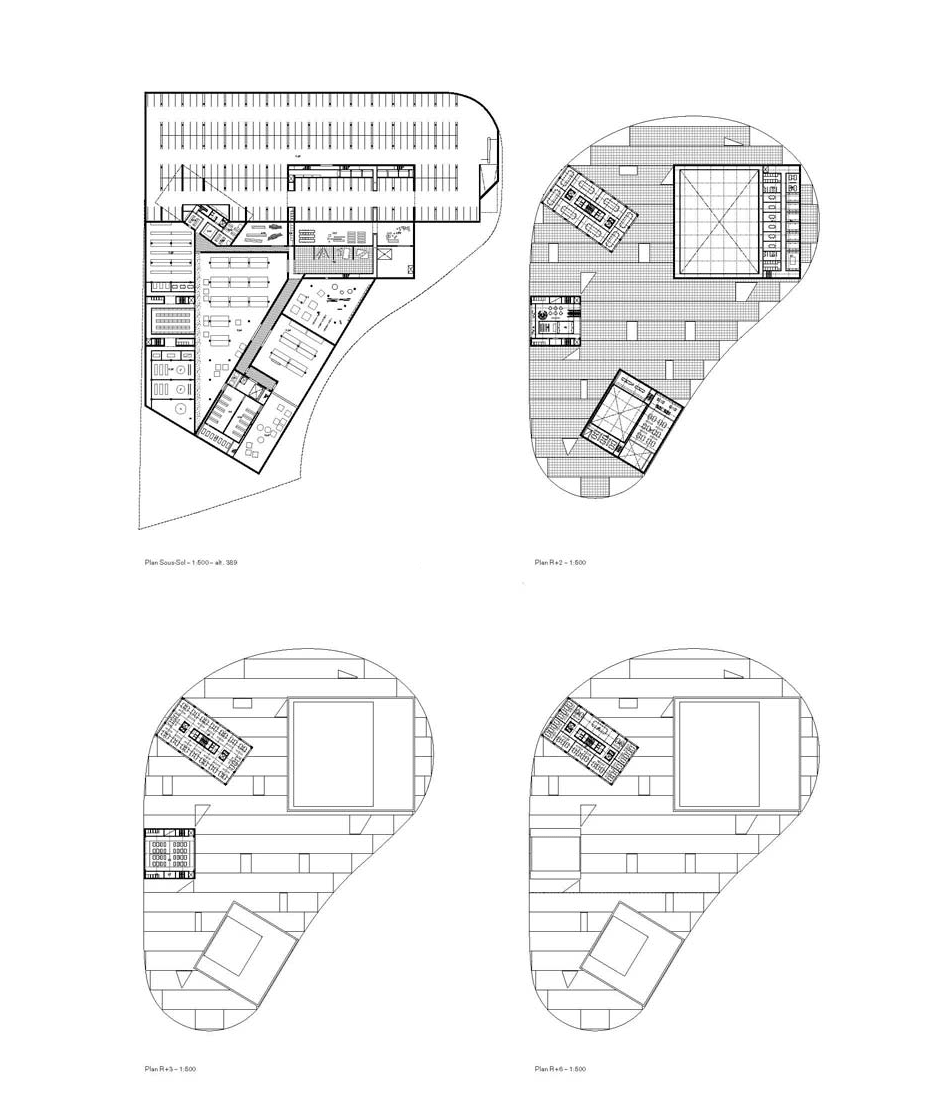 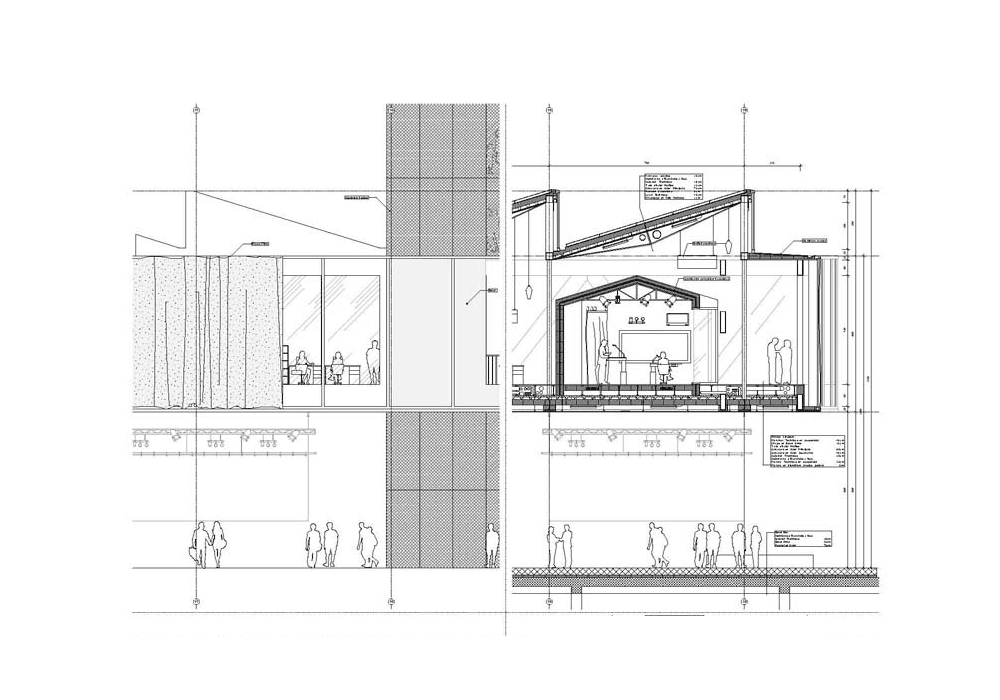 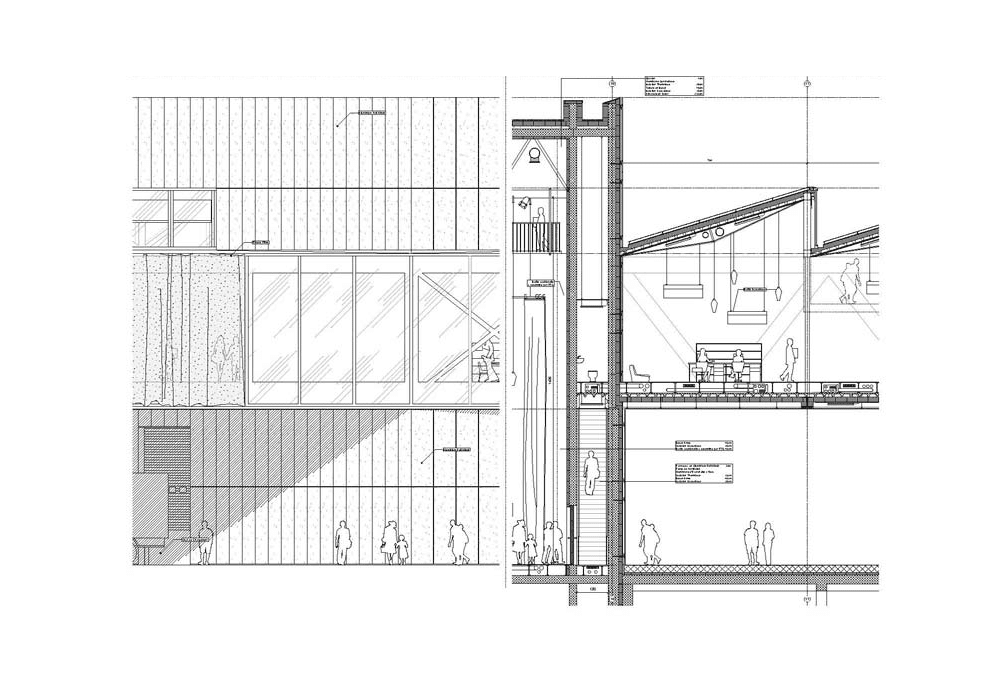 A continuous field for RTS
The volumes include a television studio, a radio studio, a media library and the RTS’s administration, while the suspended volume contains the different redactions and broadcast studios, organised as a ‘field’ of landscape offices. On the ground floor, a glass wall connecting the 4 supporting volumes create a public foyer, connecting the different entrances of the RTS.
The redactions, heart of the production of RTS, are conceived as a field, lighted from above by the industrial-like shed roof. The protruding volumes, the major supporting beams, as well as a system of patio’s organise its contents, creating more or less separate zones within the field. The field is a ‘chipboard’, allowing for various and unlimited ways of collaboration between the different redactions, endlessly adaptable to the ever-changing world of media.