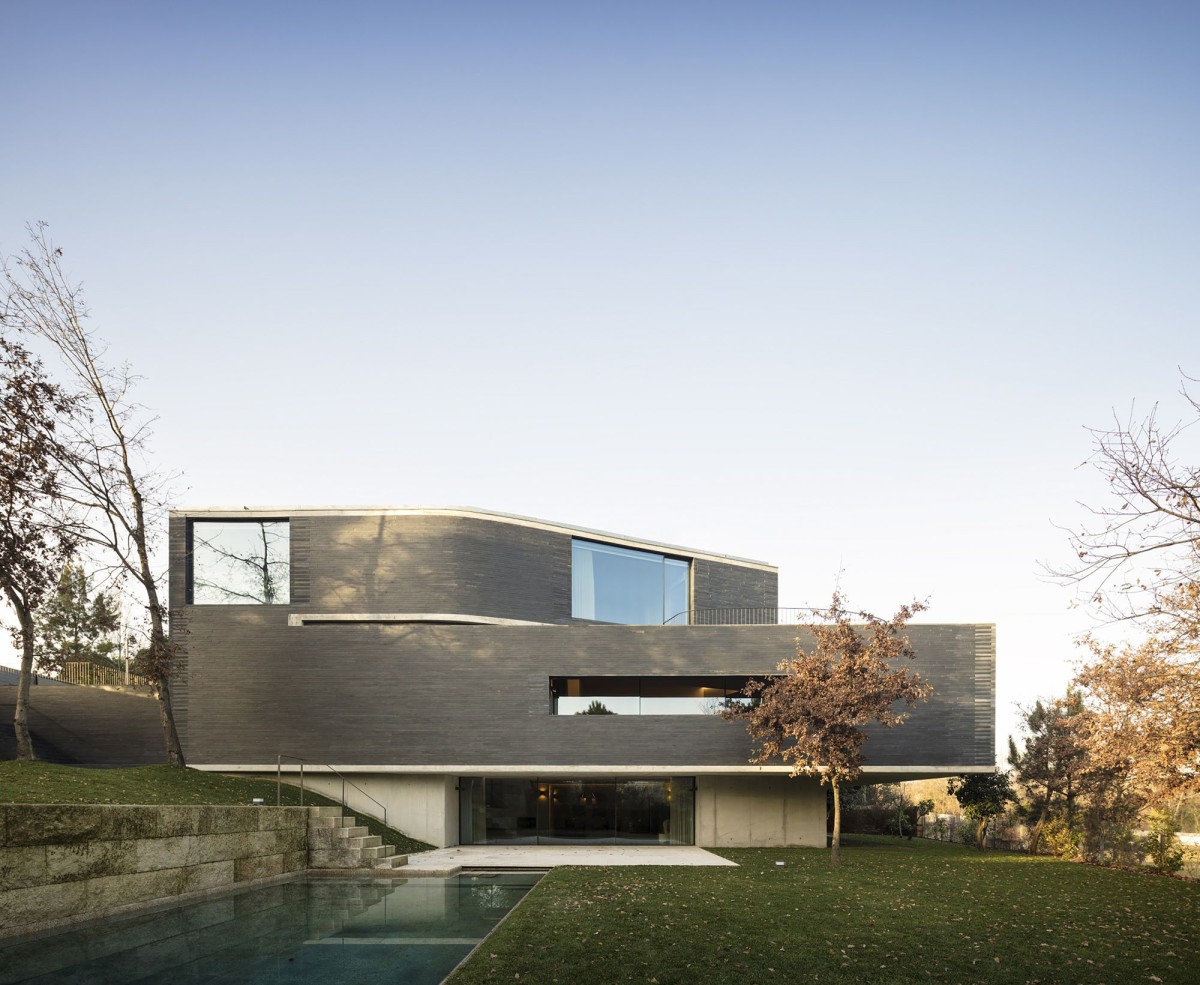 The proposal was made for a plot of land with 1697 m², where 112 m² were covered area that corresponded to a demolished two-floor house and attic that had a total floor area of around 300 m². Out of the 1697 m² of land, only 600 m² could be built on, as the rest of the land is part of the Agricultural Reserve.

The land is on a steep west-east slope divided into two terraces with a nine-metre total difference in elevation. The constructive area was isolated from the street and surrounded by the Agricultural Reserve, below street level.

The construction was composed of a house, a threshing floor in the south and a granary; the house was built with thick schist walls, the upper floor and threshing floor were covered in slate.

We demolished the upper floor, keeping the lower floor and the threshing floor slate slabs.

Just like the old house, the new one merges into the morphology of the land, doing without the urban frontage, encouraging dialogue with the beautiful farmland that stretches away on the side opposite the street.

The access from the street has some steps and an open corridor to the heart of the house, the patio where the entrance is found.

Floor 0 (level -2, under street level) was rehabilitated and expanded. It houses the social functions and patio support. To the north, the interior of this floor is ventilated and illuminated by a patio that used to be a cellar. The new co-exists with the old.

Floor 1 (mezzanine) is organised around the larger patio (clipped by the floor 0 patio) and is used for the family’s daily life. To the north, the entrance to the covered parking, leads the inhabitants to the kitchen through a corridor. The rooms overlook the patio to the south.

Floor 2, visible from the street, is used for relaxation. It partially overlaps the first-floor volume, it shelters the entrance space and the patio. It is divided into three bedrooms and respective toilets. The roofs are flat.

The floor-1 roof, which is at street level, has an esplanade facing the horizon.

The new construction, (completely made or reinforced concrete) is a dark mass of slate sitting on the lower walls of the old house made of schist blocks against the old terraces of granite and schist.
_