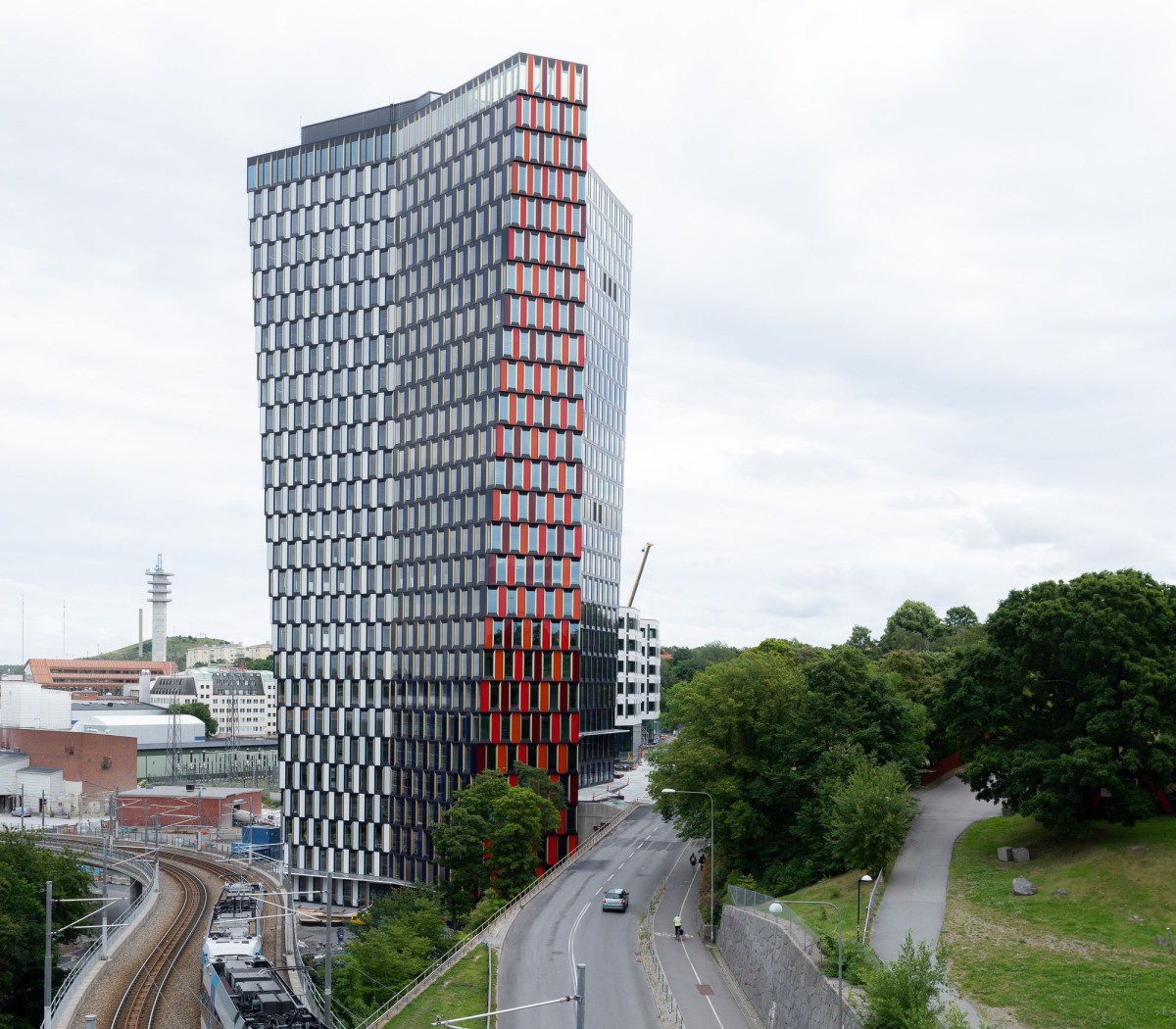 This project initiates the transformation of a former harbour area in the south of Stockholm into the new ecological district of Hammarby Sjöstad. END_OF_DOCUMENT_TOKEN_TO_BE_REPLACED 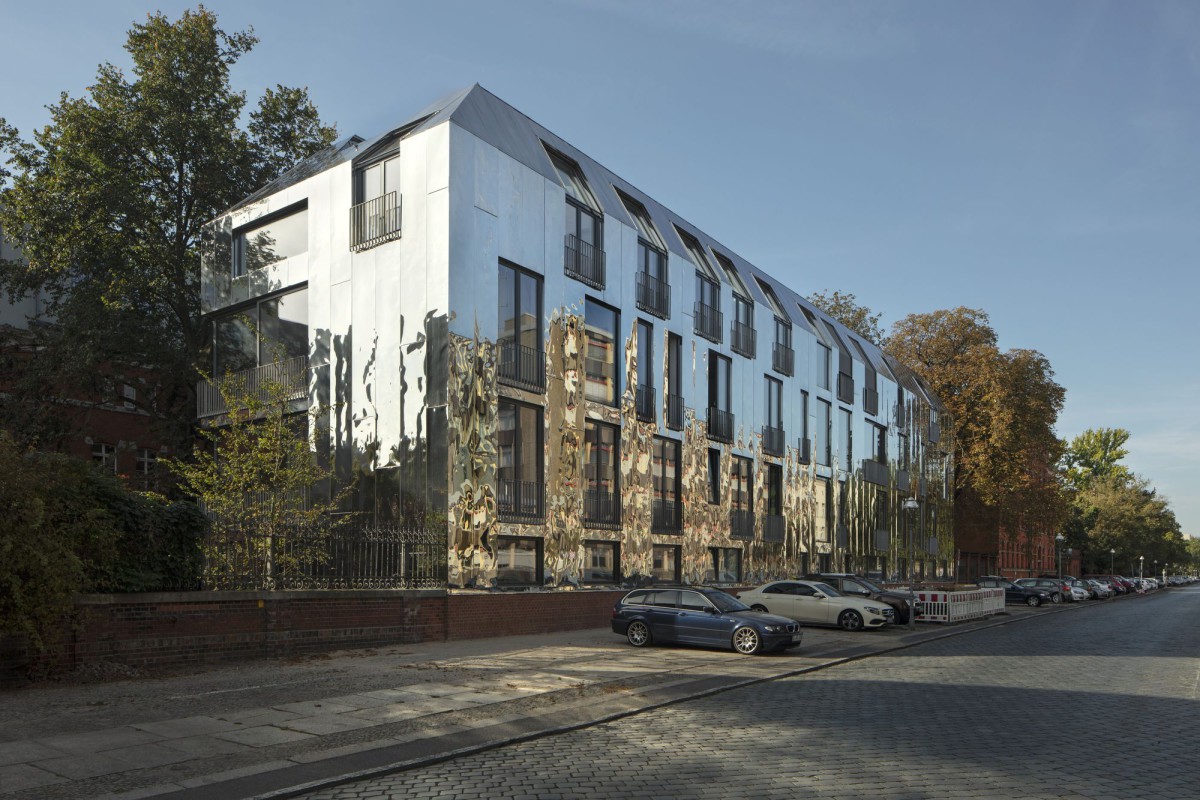 This residential and studio building for a cohousing group of ten parties marks a further step in the revitalisation of Werkhof L57, an ensemble of historic barracks buildings, modern extensions and new buildings, which has grown into a very lively creative quarter during the last two decades. The new four-storey development occupies a plot between a modern building in exposed concrete and a historic brick building. END_OF_DOCUMENT_TOKEN_TO_BE_REPLACED 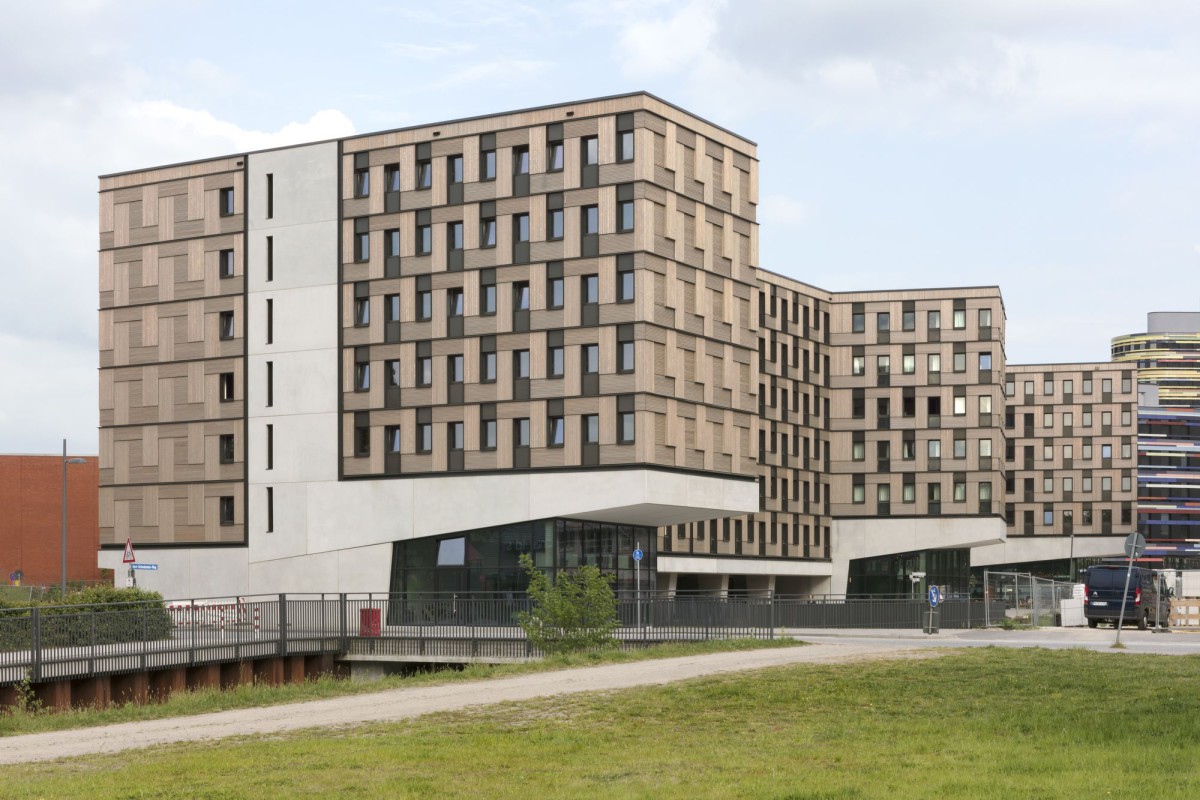 Currently the world’s largest residential building in modular timber construction “Woodie” offers micro-appartments for 371 students. The building is part of a new residential district in the Wilhelmsburg area of Hamburg, which builds on the experimental character of the 2013 International Building Exhibition and embodies the principles of Universal Design: sustainable, simple and inclusive. END_OF_DOCUMENT_TOKEN_TO_BE_REPLACED 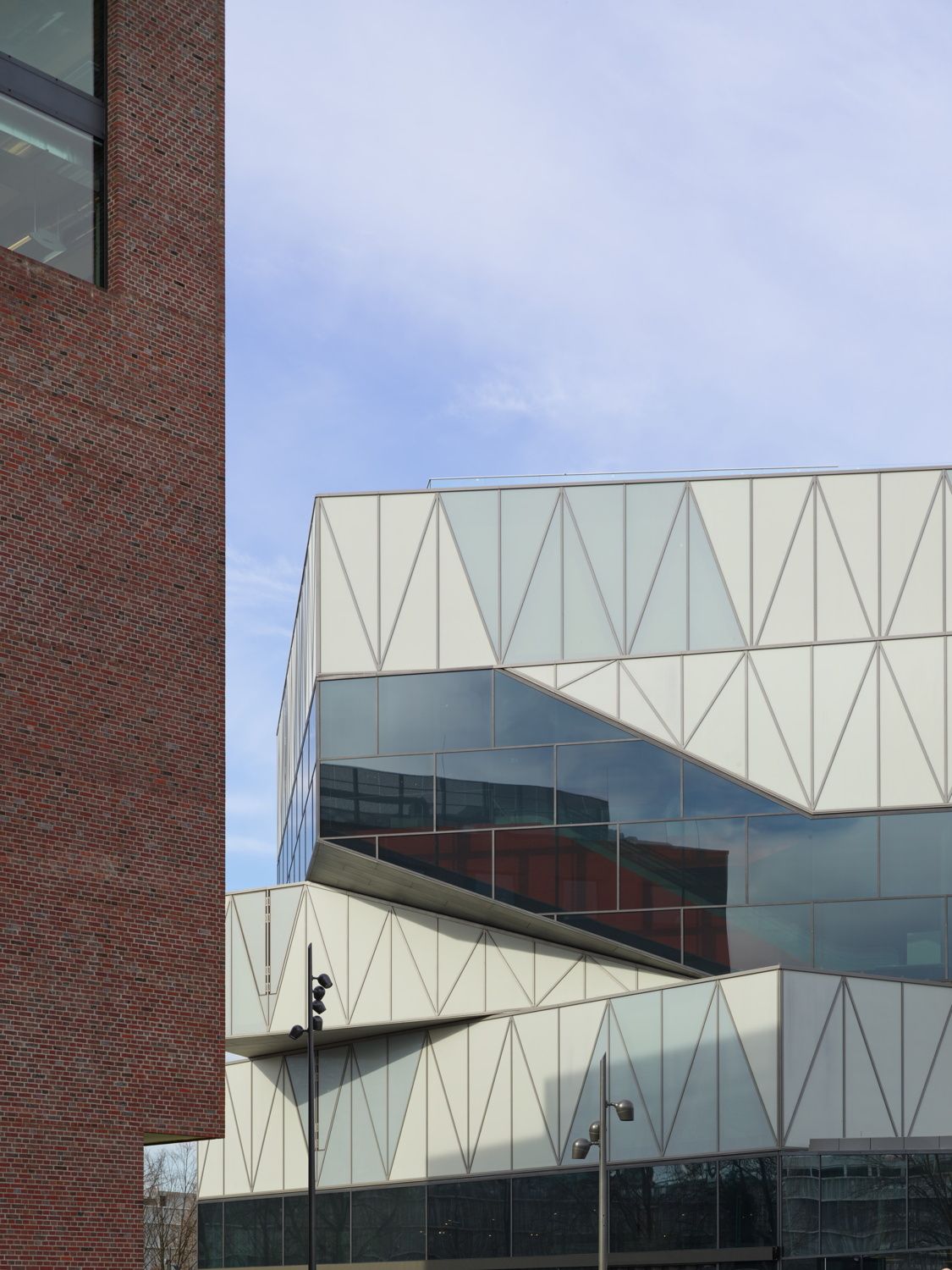 This unusual building stands at the centre of Heilbronn, on an island in the River Neckar. It is conceived as a helical sequence of spaces offering an experience that is finely choreographed between the interior of the building and the surrounding landscape. END_OF_DOCUMENT_TOKEN_TO_BE_REPLACED 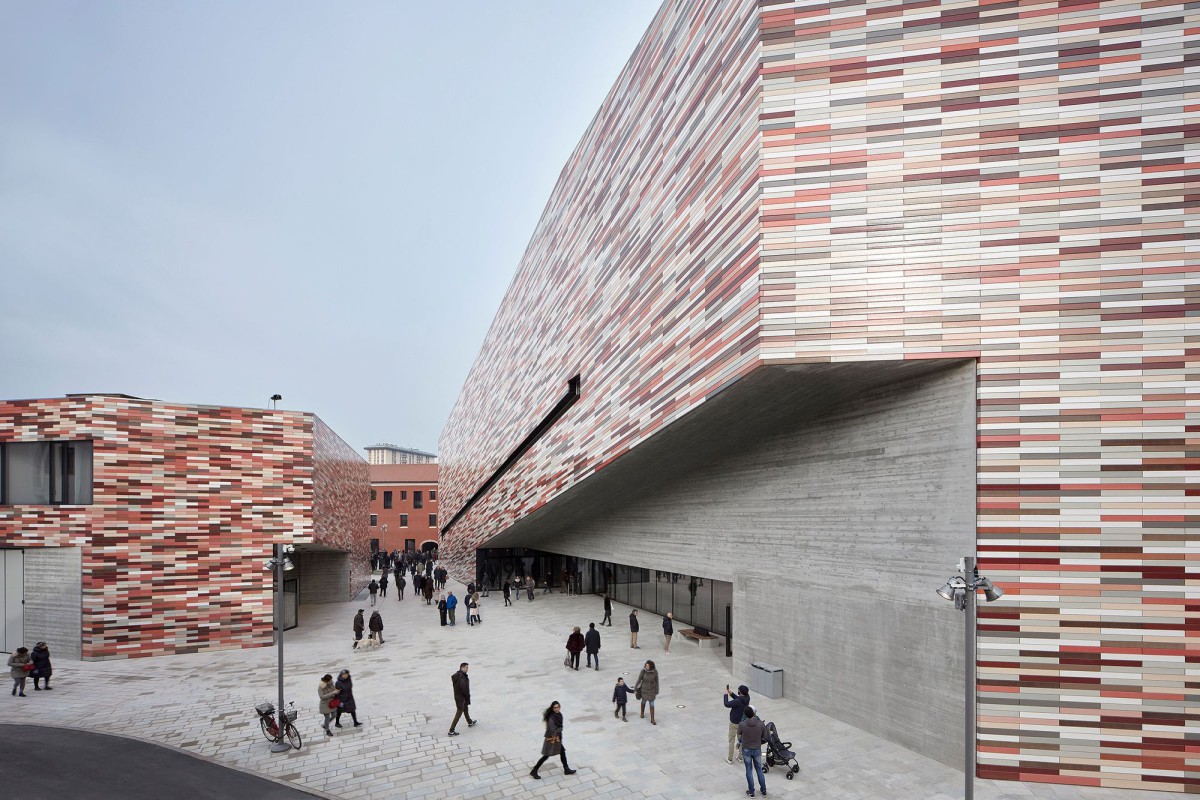 M9 is a museum of the cultural inheritance of the 20th century, located in Mestre, the mainland gateway to Venice. An agent of urban renewal, M9 provides a point of local identification and helps to redress the disparity of cultural wealth between Mestre and the tourist magnet across the lagoon.

The M9 scheme consists of one larger and one smaller new building – for the museum and its offices, respectively – plus a former convent and an office building. Together they frame a new public square and open up a diagonal pedestrian link, opening up a central stretch of land that was formerly occupied by military institutions. The network of pedestrian links evolving around the new piazzetta seamlessly incorporates the courtyard of the 16th-century Convento delle Grazie, which is renovated and converted for uses that will complement those of the small museum quarter. Further, a public lecture hall, restaurant, shop and mediatheque on the ground floor of the new building extend the public realm into the museum. END_OF_DOCUMENT_TOKEN_TO_BE_REPLACED