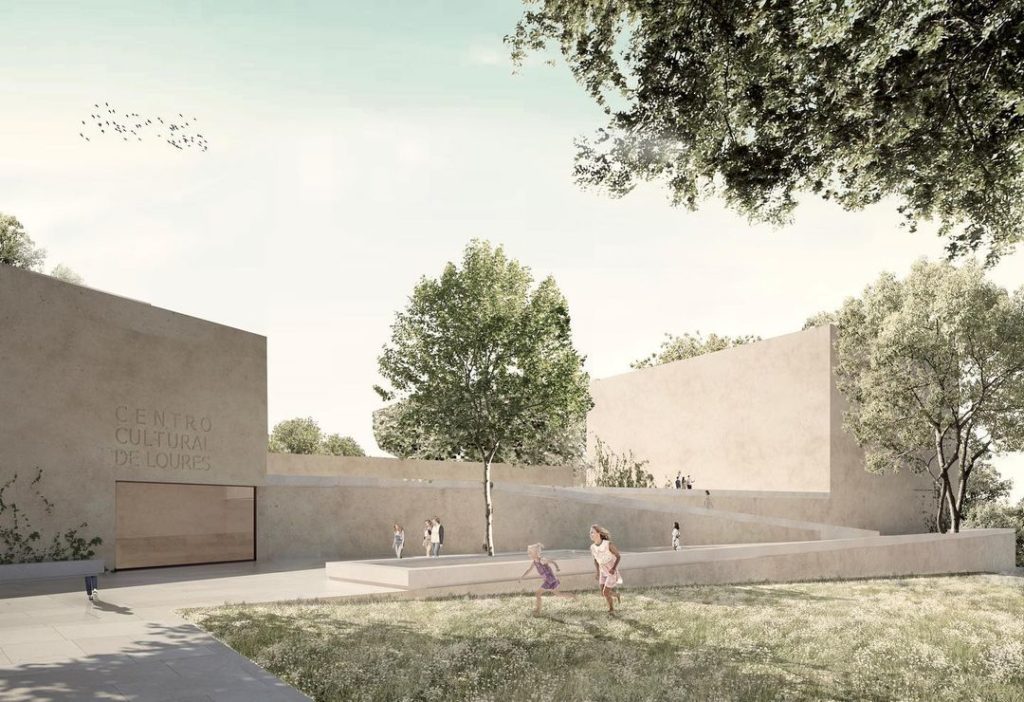 Competition for the Cultural Center of Loures, Portugal from 2021, 2º prize. END_OF_DOCUMENT_TOKEN_TO_BE_REPLACED

The Grândola’s new Library and Municipal Archive is accessed through the set of palm trees that structure the renovated Praça da República, now purged of all the noisy and conflicting elements, which have been removed from there in search for a more pacified order. This square is the central place of the city and the epicenter between the Municipal Garden, to the southwest, and the Orange tree garden, to the east. The new building forms part of the square and – due to its scale and program – constitutes itself as a reference element that counterpoints the urban continuum. In this sense, our concern has been to elucidate the building’s presence in the square, making it clear, solid and identifiable, and to include it in the network of streets by creating a continuity between the forecourt drawn by the square and the interior spaces of the building. END_OF_DOCUMENT_TOKEN_TO_BE_REPLACED 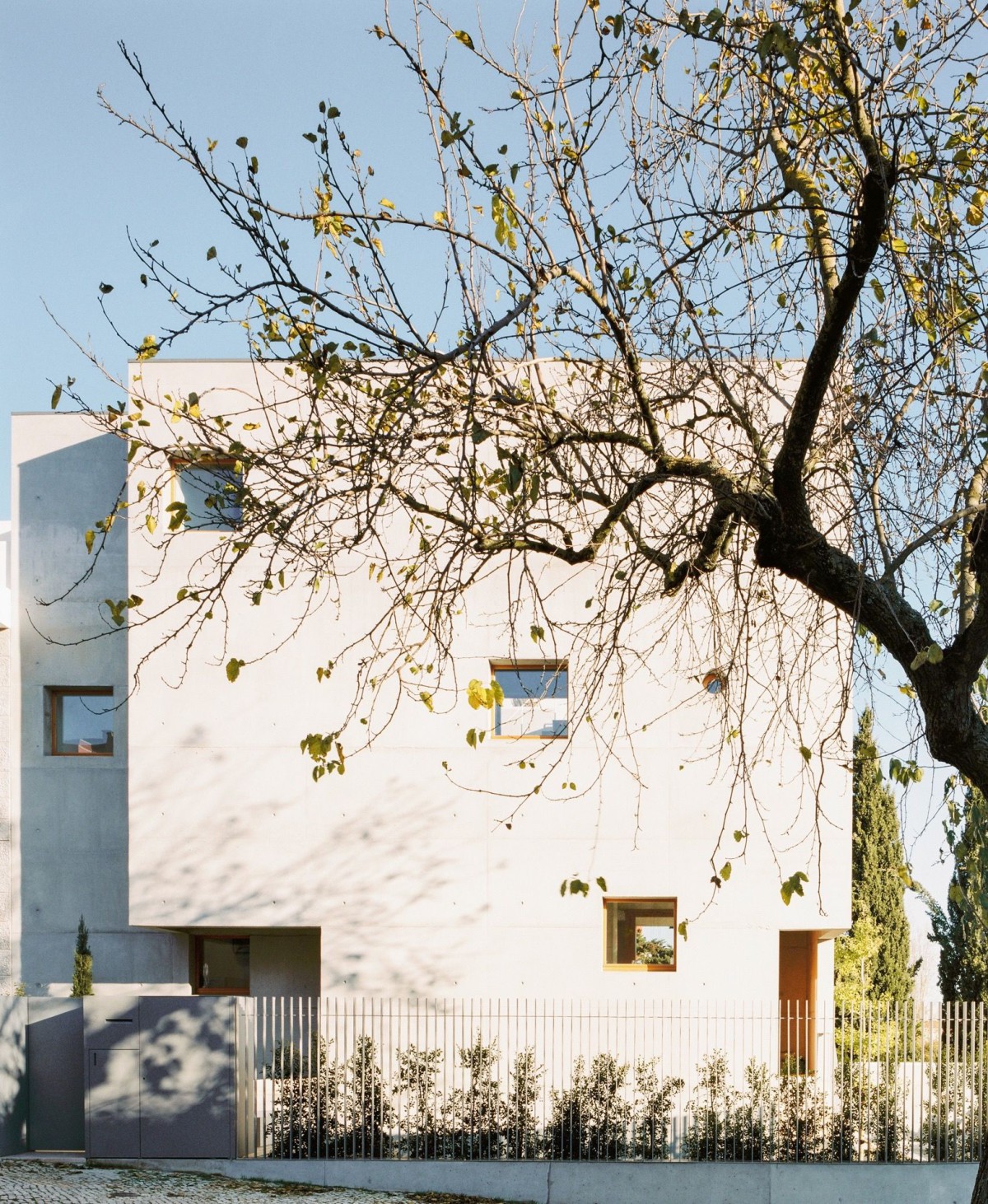 The house is located in Restelo near Belém. A neighborhood made up of single family houses disposed in an amphitheater shape towards the Tagus river.
The house is located on the north limit of this set, in the transition between the two store housing and multifamily buildings with 4 floors. END_OF_DOCUMENT_TOKEN_TO_BE_REPLACED 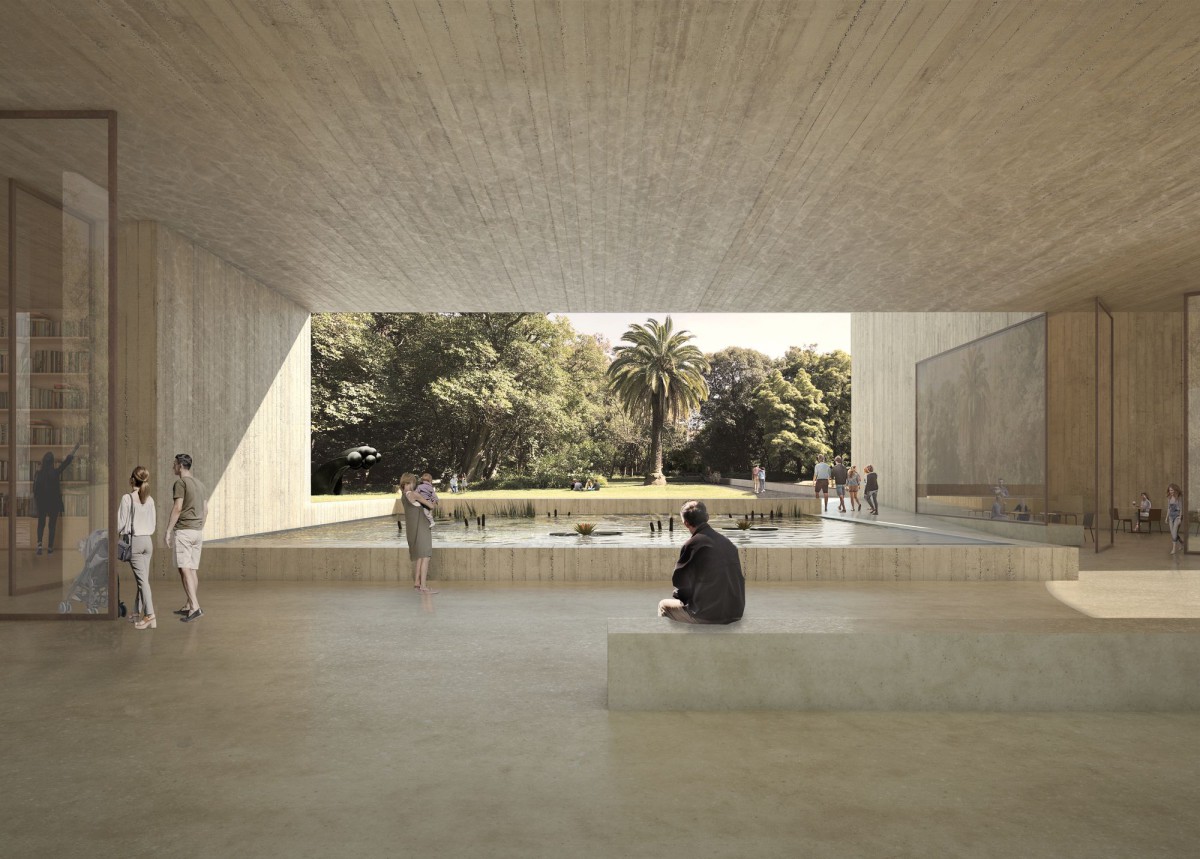 The new South Apex garden provides a unique opportunity to expand the Foundation’s park to its southernmost boundary, practically restabilising the original configuration of the former Gertrudes Park in its entirely, reinstating the city’s historical matrix.
The South Apex garden, with its intimate character protected by a row of mature trees affording a sense of history, memory and scale to the space, is the raw material for the proposed creation of a Museum/Garden, in which art, architecture and nature blend as one, generating a space of experiences and practices linked to contemporary culture. END_OF_DOCUMENT_TOKEN_TO_BE_REPLACED

The house is located in the wills of Faro, facing the valley of Agostos. An interior place protected from the coast. A landscape based on the mediterranean tradition, structured by small plots delimited by stone walls, trees, water tanks and small constructions. The house is implanted in this context embedded in the slope twinned to another existing house. END_OF_DOCUMENT_TOKEN_TO_BE_REPLACED