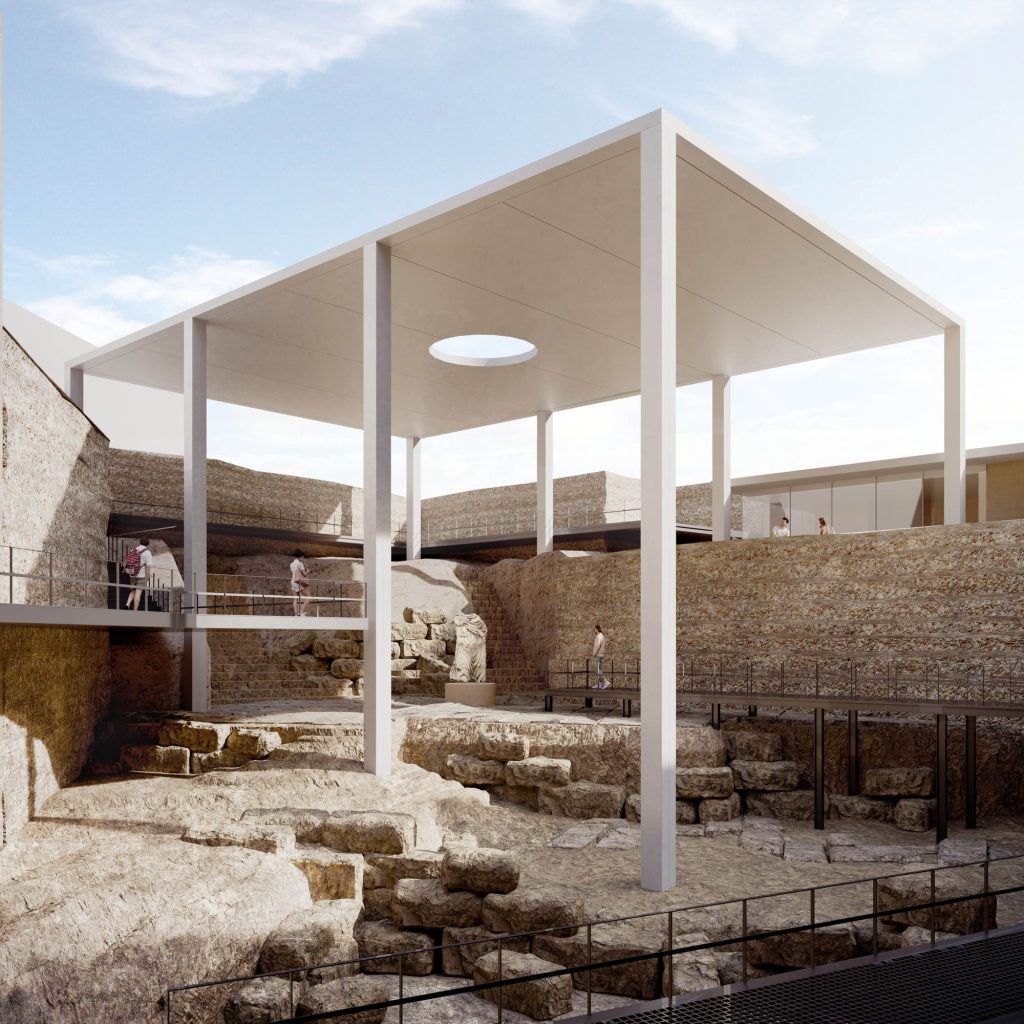 We would like to make in Cordoba the most beautiful architecture of intervention on a valuable active archaeological site, putting it in value. The simplest, the most precise and the most precious architecture, capable of responding adequately to what is asked of us.

We will restore the Paez Palace as faithfully as possible.

We will carefully respect the most recent new building. END_OF_DOCUMENT_TOKEN_TO_BE_REPLACED

The project starts from the need to expand the parish dependencies in a plot inside the bottom of an intramural block of the historical city. The complexity of the plot lies in the many party walls of different heights and the different nature of each of them. Thus, this space borders on houses, with fragments of wall canvas, with towers of the walled enclosure, with patios … in short, the classical complexity of heritage cities. END_OF_DOCUMENT_TOKEN_TO_BE_REPLACED

The house is placed between dividing walls, in the consolidated historical city. The surrounding area of the dividing walls blurs a complex line that forces to lean the house over itself, leaving out the peripheral tangible reality. Rejecting the outside in order to create a new world inside. The complexity in this context lies in a part of the house being an “engalaberno” of the adjacent house. This situation results in a part of a property overlapping other one. END_OF_DOCUMENT_TOKEN_TO_BE_REPLACED

Chapel of the Blessed Sacrament

To think of a space destined to house the Blessed Sacrament is to think of a very specific area within a temple, the Sancta Santorum, a place for the encounter with God. If we analyze how these spaces have materialized throughout the history of architecture, we observe a radical importance of geometry and strong directionality. Under these premises, Diego de Siloé will design a new renaissance plant for the cathedral of Granada with the sole objective of being an imposing custody or later Leonardo de Figueroa will do the same with the baroque San Luis de los Franceses.
Church repeats in her prayer of Laudes the song of the “Benedictus.” The movement of the earth always makes, every hour, in some corner of the world, the night is giving way to clarity and outbreak this prayer. It is the same that, as Luke the Evangelist tells us (Lk 1:78), arose as the praise of the mouth of Zechariah, the father of John the Baptist, when he learned of the next birth of his son, a fact that would change his life, canceling the debt that had left him dumb for his lack of faith. END_OF_DOCUMENT_TOKEN_TO_BE_REPLACED