This “Folie Architecturale of the 21st century” was mainly the brainchild of an encounter between Japan and the Mediterranean. The cross-cultural endeavour embodies modern Montpellier. It is also an interchange between two generations of architects, with Japanese firm Sou Fujimoto at the state of its art and the young French generation represented by Manal Rachdi Oxo Architects and Nicolas Laisné Associés. Other firms were brought in to take part in this one-of-a-kind venture: Montpellier developers Promeo Patrimoine and Evolis Promotion, local stakeholders who will ensure this iconic project will represent success for the entire region. END_OF_DOCUMENT_TOKEN_TO_BE_REPLACED 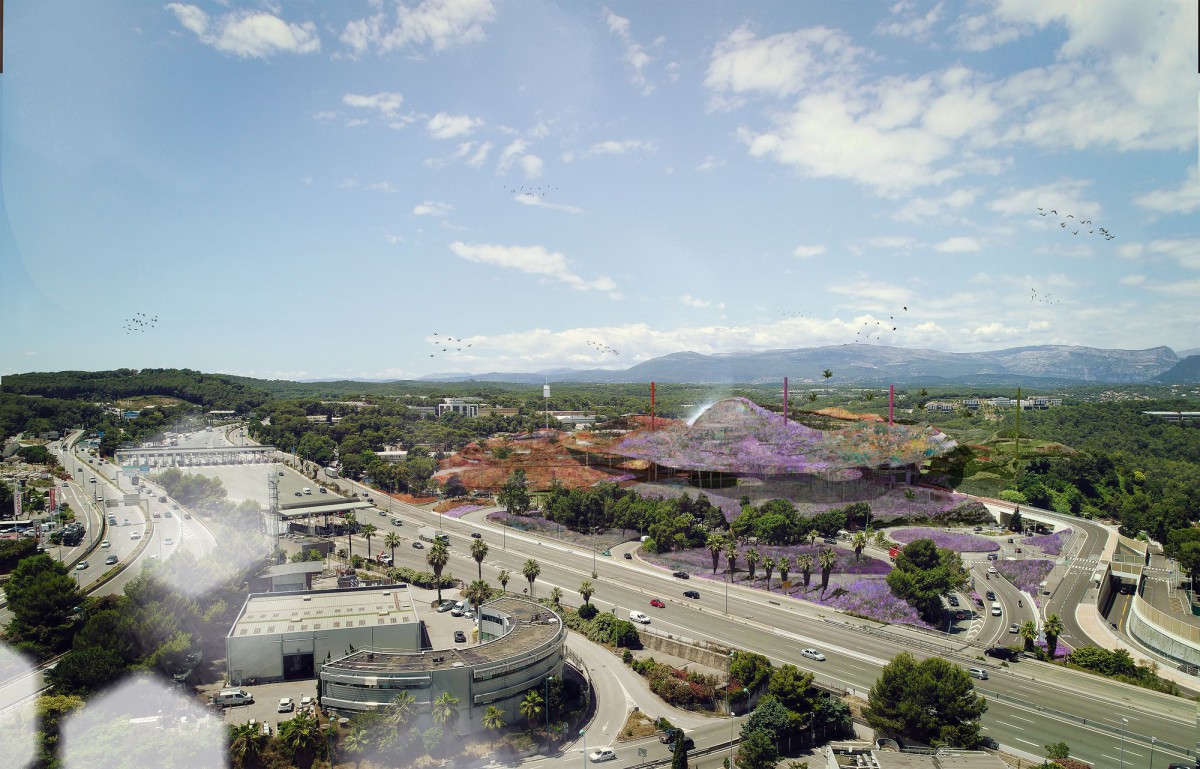 Winning entry by OXO Architectes, Les Ateliers Jean Nouvel and the agency Foussat Bapt for a plot in the Sophia Antipolis technology park in Antibes, conceived as an inhabited mountain accommodating 40 000 m² of offices, hotel and amenities. END_OF_DOCUMENT_TOKEN_TO_BE_REPLACED