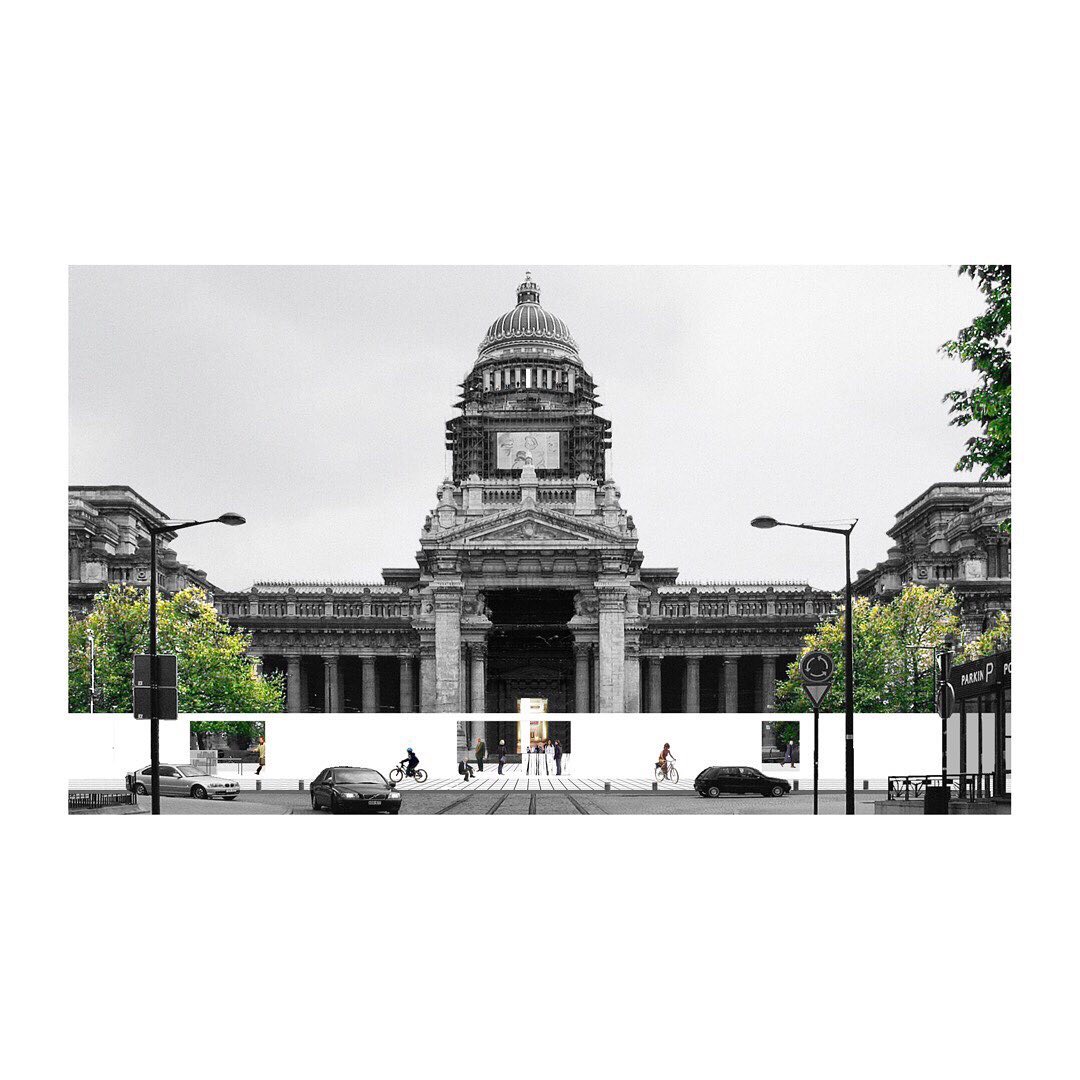 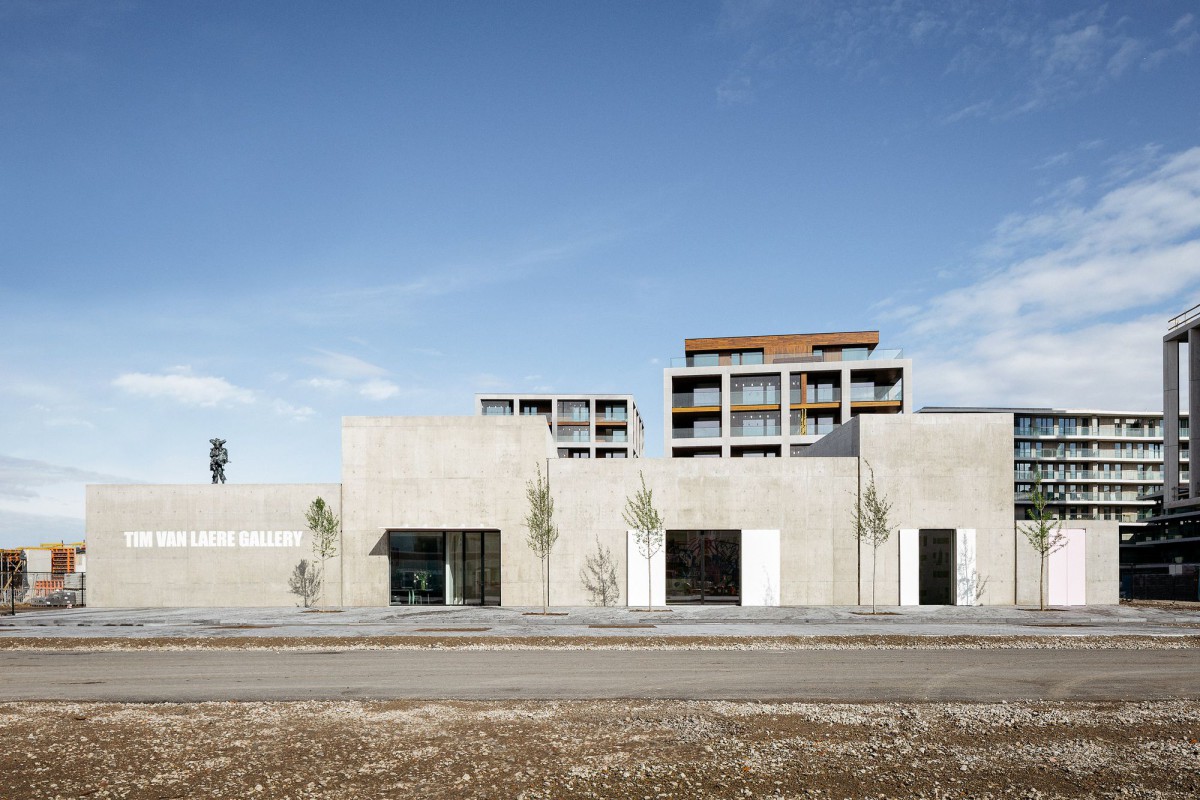 The new Tim Van Laere Gallery in Antwerp (BE) will occupy a central position on the New South district, a project by developer Triple Living. As a concatenation of rooms, the building ‘shows’ its structure in its silhouette. A storage space, offices, a white cube, a chapel and a patio follow each other, as pure types of buildings where art can be experienced in different ways. The rooms are constructed as simple in-situ concrete boxes, isolated on the inside and lit by roof light. As an explicitly urban building, it is ambiguous and direct, with its gates directly on the street. The building makes a statement for both its immediate surroundings and inside; art is a central focal point and is immediately visible and accessible to everyone. END_OF_DOCUMENT_TOKEN_TO_BE_REPLACED 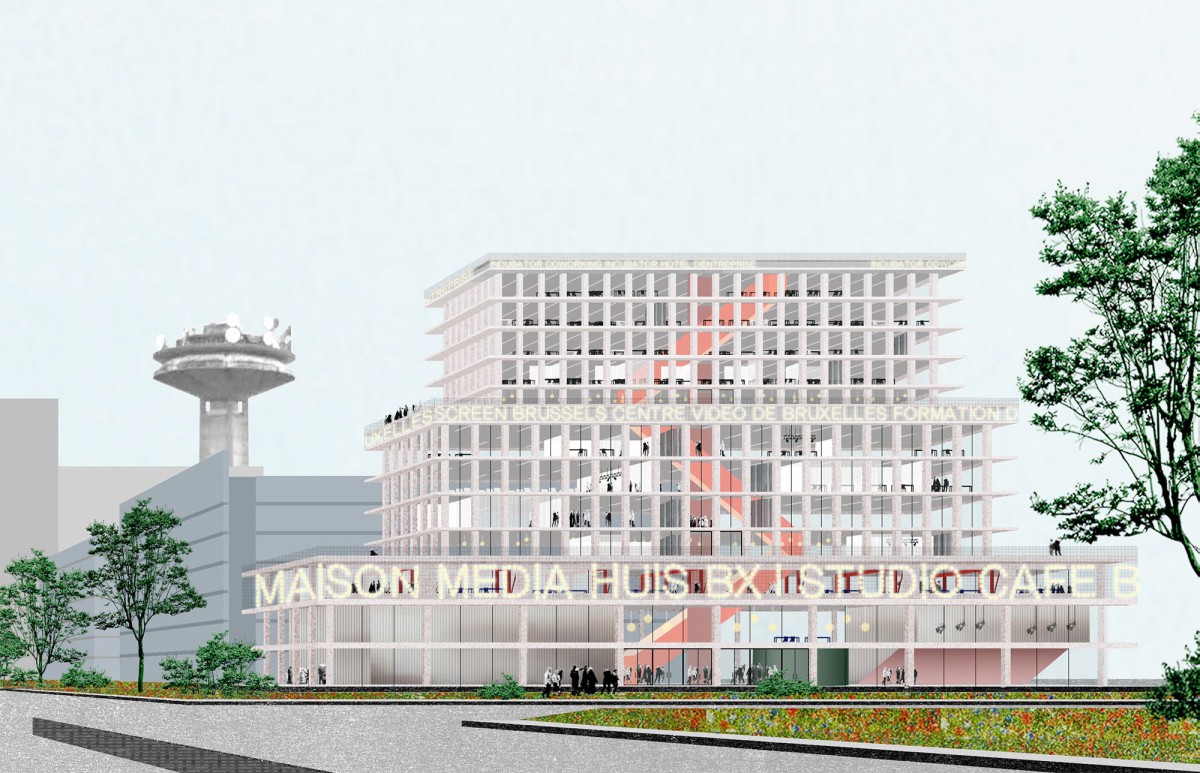 This building, situated at the very entrance of the new Mediapark in Brussels, is to house various entities related to media and broadcasting. Instead of one large building which accommodates all of these entities, Maison Media Huis proposes to stack three buildings, each of which are planned pragmatically in relation to the program it holds, on top of each other. While a large box supports broadcast production on the bottom, the scale of the building decreases on the top, providing media offices and rentable work spaces respectively. From afar, this pyramid formation of the assembly of these buildings makes a specific figure that becomes immediately recognizable, while the roof-top of each building becomes a new ground-floor for the next, providing greenery, panoramic view, a pleasant workspace for production along with a clear address point for each building. Its slender volume allows maximum energy in light into the interior environment, and techniques are fed through the logic of columns provided on the perimeter of the buildings. And as such, the ensemble leaves its space to maximum flexibility in a plug&play modus, leaving the necessary space to react to the ever-changing future of media in contemporary times. END_OF_DOCUMENT_TOKEN_TO_BE_REPLACED 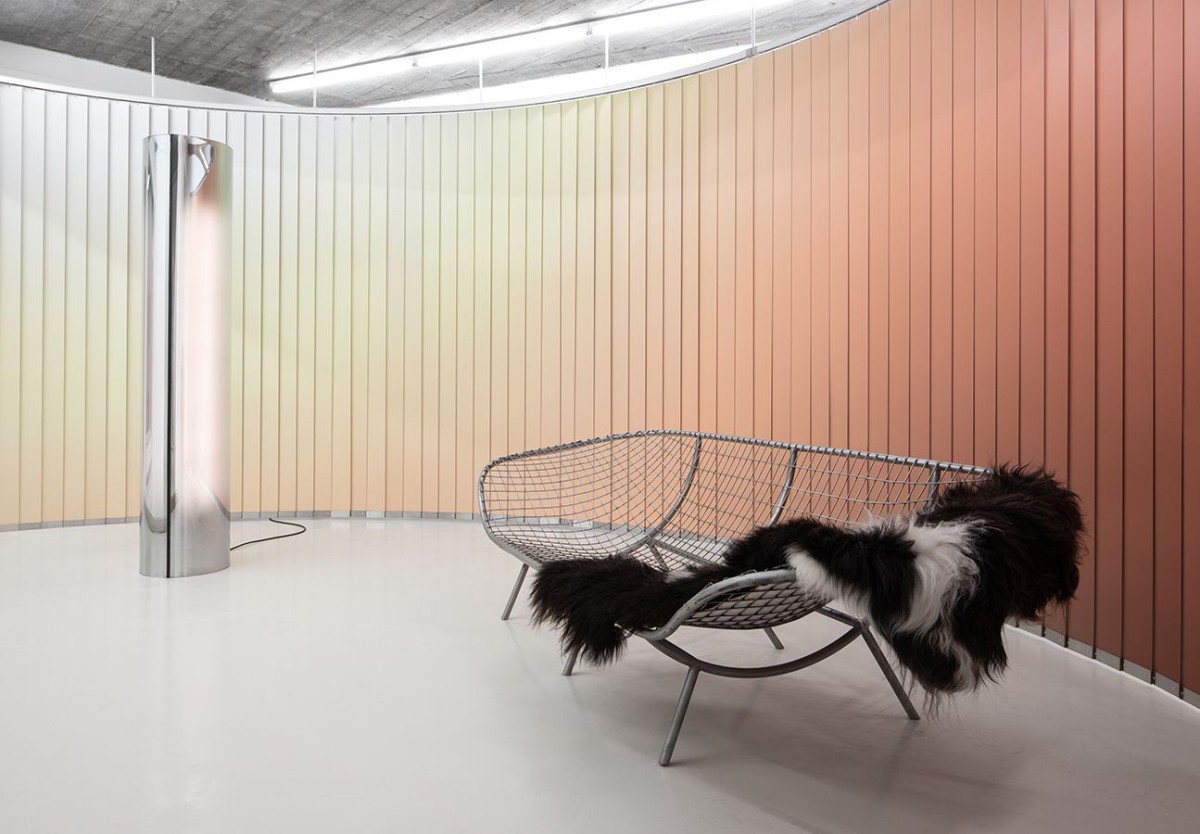 However, it is difficult to trace exactly the primary authorship of each of the objects, whether they were developed by the artist or the architects, and this is probably the most striking thing about this exhibition. END_OF_DOCUMENT_TOKEN_TO_BE_REPLACED