Spectral apartment is a renovation project of a small Parisian studio, in which the lack of natural light led the client to ask us to intervene particularly on the issue of artificial light.
To do this, we chose to adopt a radical and binary approach by studying the spectral qualities of two different sources of artificial light. END_OF_DOCUMENT_TOKEN_TO_BE_REPLACED 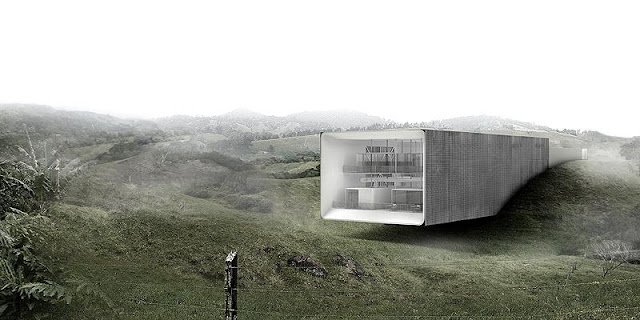 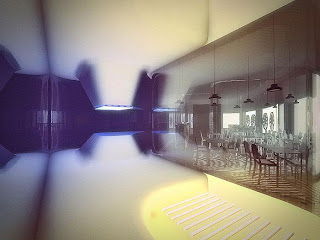 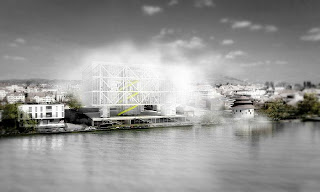 Maribor is the second largest city of Slovenia, north east of the country. Lied on the river Drava, it has chosen to settle its new art gallery on a very central site, between the north bank and Koroska street, a main axis.
From an urban perspective, the critical issue is to create a real connection between the city, the river and the museum. To this end, the project chose to clear a large floor space, an open landscape more than a built density, linking the Drava to Koroska street. The museum will no longer be an obstacle to this route, but rather an urban catalyzer : risen off the natural ground that then becomes a cultural plaza, most of the program crystallizes in an abstract volume, a floating landmark, a technical and oniric art citadel. END_OF_DOCUMENT_TOKEN_TO_BE_REPLACED