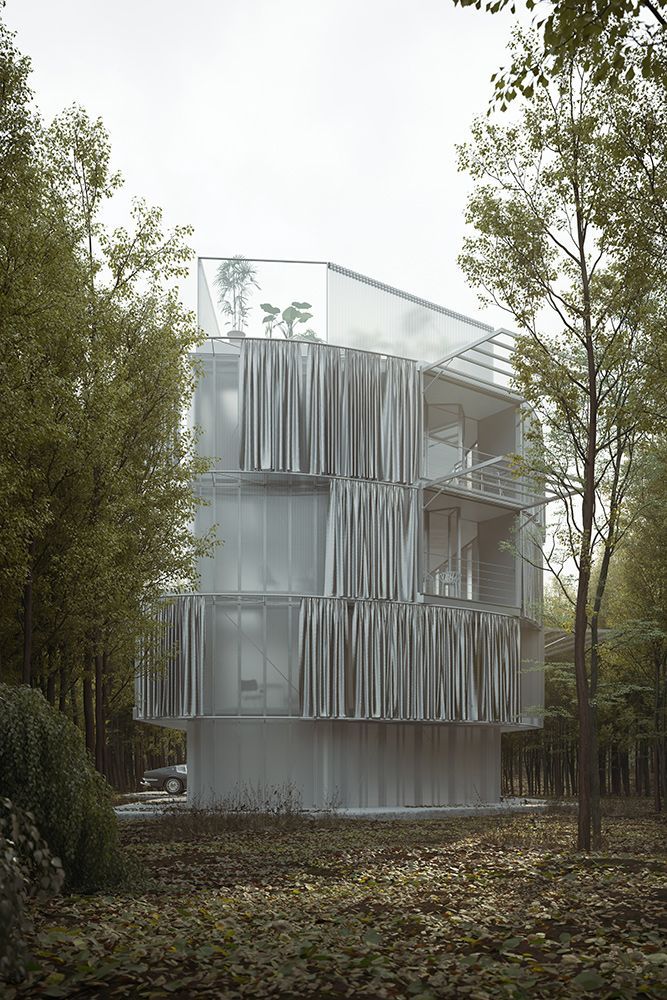 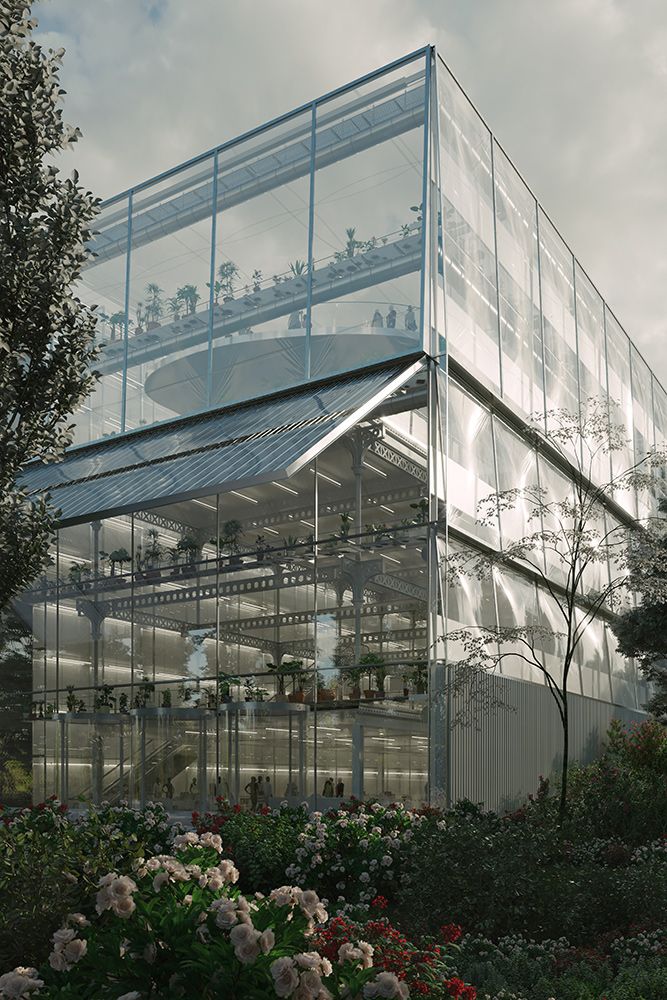 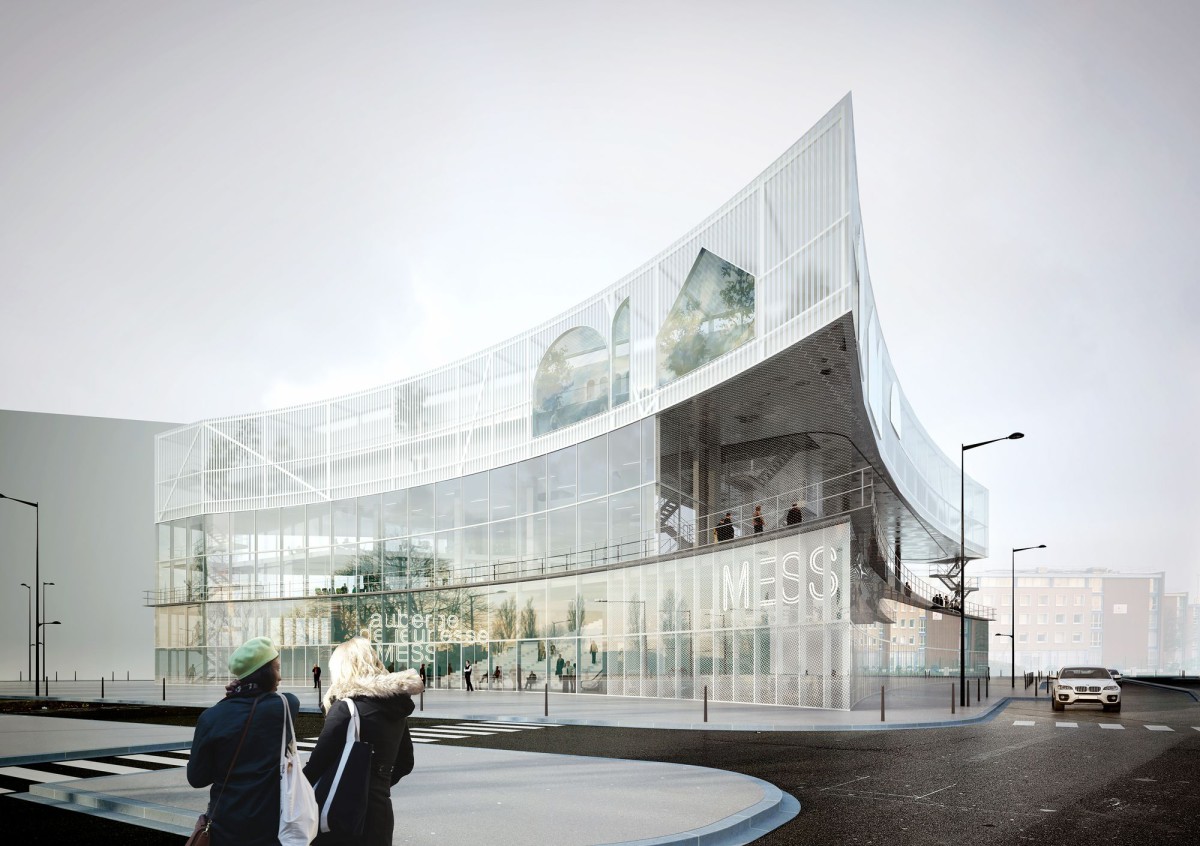 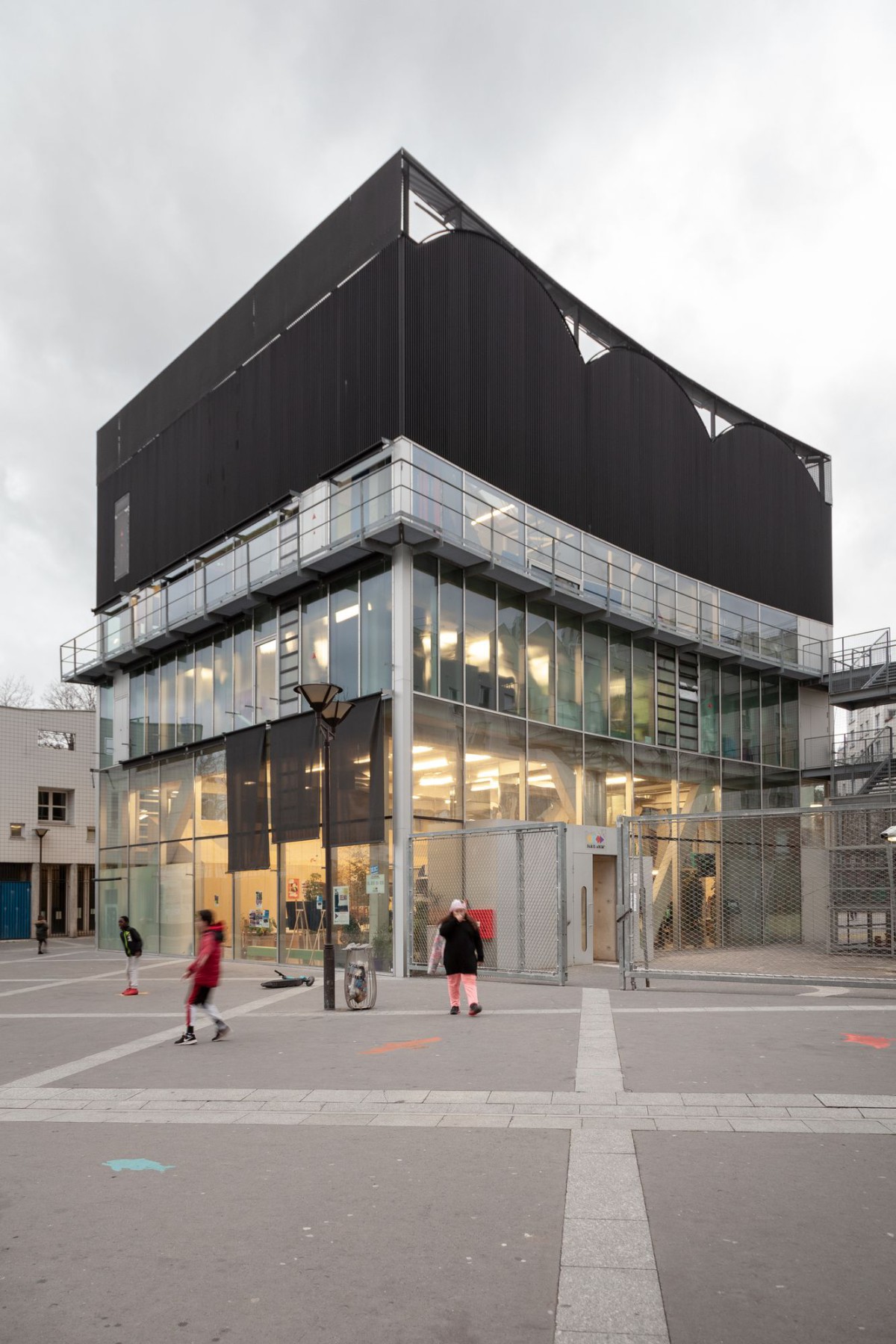 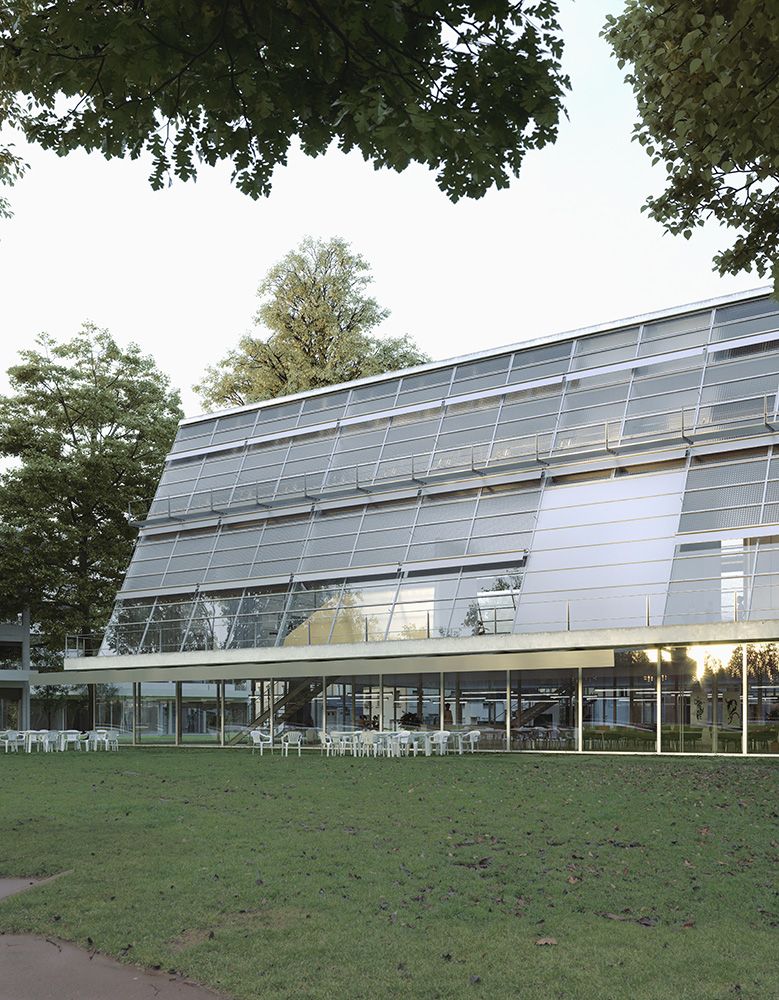 This former barracks site in the heart of the new Chauveau Beaumont district was once hemmed in by the city, but is now open and appropriable. The new National Choreographic Centre (CCN) thus benefits from the large clearing in the central garden which makes it an immediate landmark for the future inhabitants of the district. However, it is also located on the northern boundary of the site, and must therefore deal with a domestic scale. The program features three increasingly large dance studios, workplaces and entertainment venues. The SCC also includes residential zones (accommodation for dancers) and a reception hall that has more than a distributive function: it used as a place of information and also for the informal dissemination of knowledge. Like any entertainment venue, the typological form of the project induces an expressive volumetry modelled by the large vessels of the theatres. The design opts for great compactness, permitting a sculptural form, albeit on an identifiable scale and above all, great flexibility of use, even for the majestic spaces of the dance studios. The project’s aim is to include all the spaces, including the major ones in the dance studios, in a large, all-encompassing form. The ambition of the project is to build a shelter for the show, like a large raised tent. The building’s template is conditioned by the tall heights required for the performance halls and the constraints of the Local Master Plan. The capable volume of the performance spaces is enclosed by large oblique facades made up of clear or translucent glass panels. END_OF_DOCUMENT_TOKEN_TO_BE_REPLACED