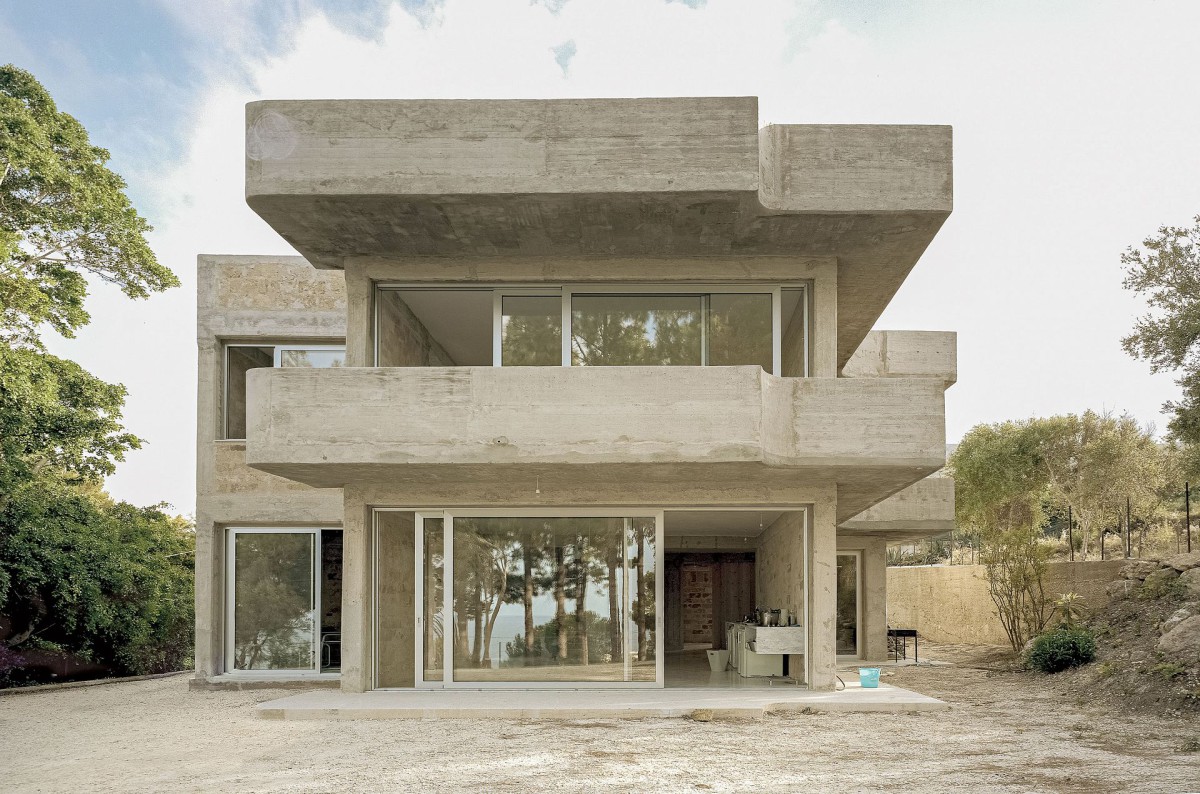 The conversion of Guardia di Finanza in Scopello, Sicily, required the renewal of the building’s use permit. The former police station from the 1970s, owned by the Guardia di Finanza at the time—the Italian costums authority—as a sentinel to oversee the northern gulf, had been abandoned for several years, because it exceeded the maximum permitted building height. By adapting the terrain, the existing structure could be converted to a legal and usable status when it was purchased in 2015. Situated in a fertile delta, the building was overgrown with plants and trees, partly buried under the earth. Due the soil conditions—built half on sand, half on rock and next to a stream—the building sustained structural damages in the form of big cracks. Exposed to the environment, both the exterior and the interior suffered. Still, the structure, a classic concrete framework, was in a good condition, allowing all partitions and non-structural walls to be taken away. Also the wall plaster was removed, exposing the underlying concrete frame structure, with its tufa filling in between which allowed the previously invisible crack in the tuff stone to be repaired. END_OF_DOCUMENT_TOKEN_TO_BE_REPLACED 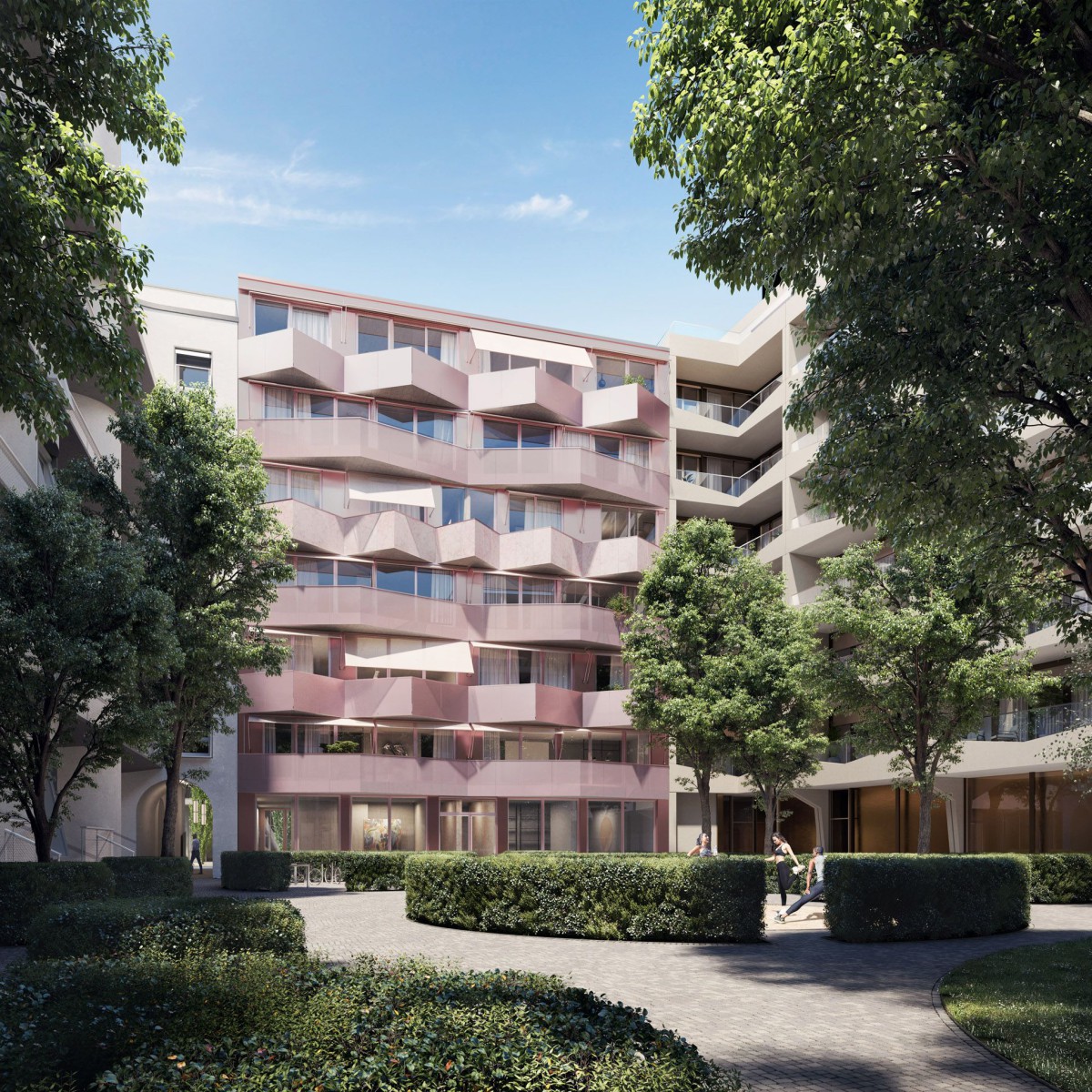 12 studio apartments ranging from 59 sqm to 72 sqm and six maisonettes between 102 sqm and 108 sqm spread over six floors in Berlin-Mitte. END_OF_DOCUMENT_TOKEN_TO_BE_REPLACED 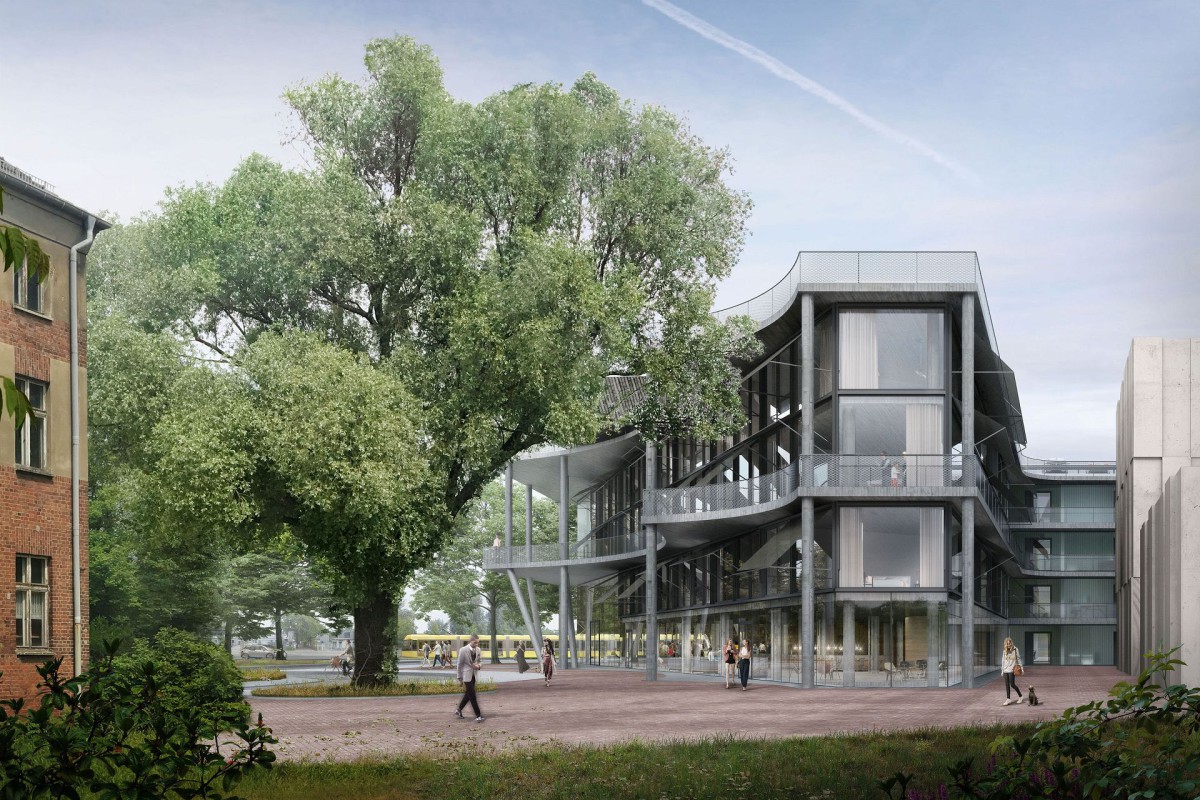 The commercial building is part of an ensemble with new and converted studio and office spaces in Berlin-Lichtenberg, situated on the banks of the river Spree. Between the 1920s and the 1940s, the site was the location of Berlin’s largest outdoor swimming pool, featuring water warmed with waste heat from the nearby Klingenberg thermal power station. Later on, the customs authority of the GDR was based there until 1990. END_OF_DOCUMENT_TOKEN_TO_BE_REPLACED 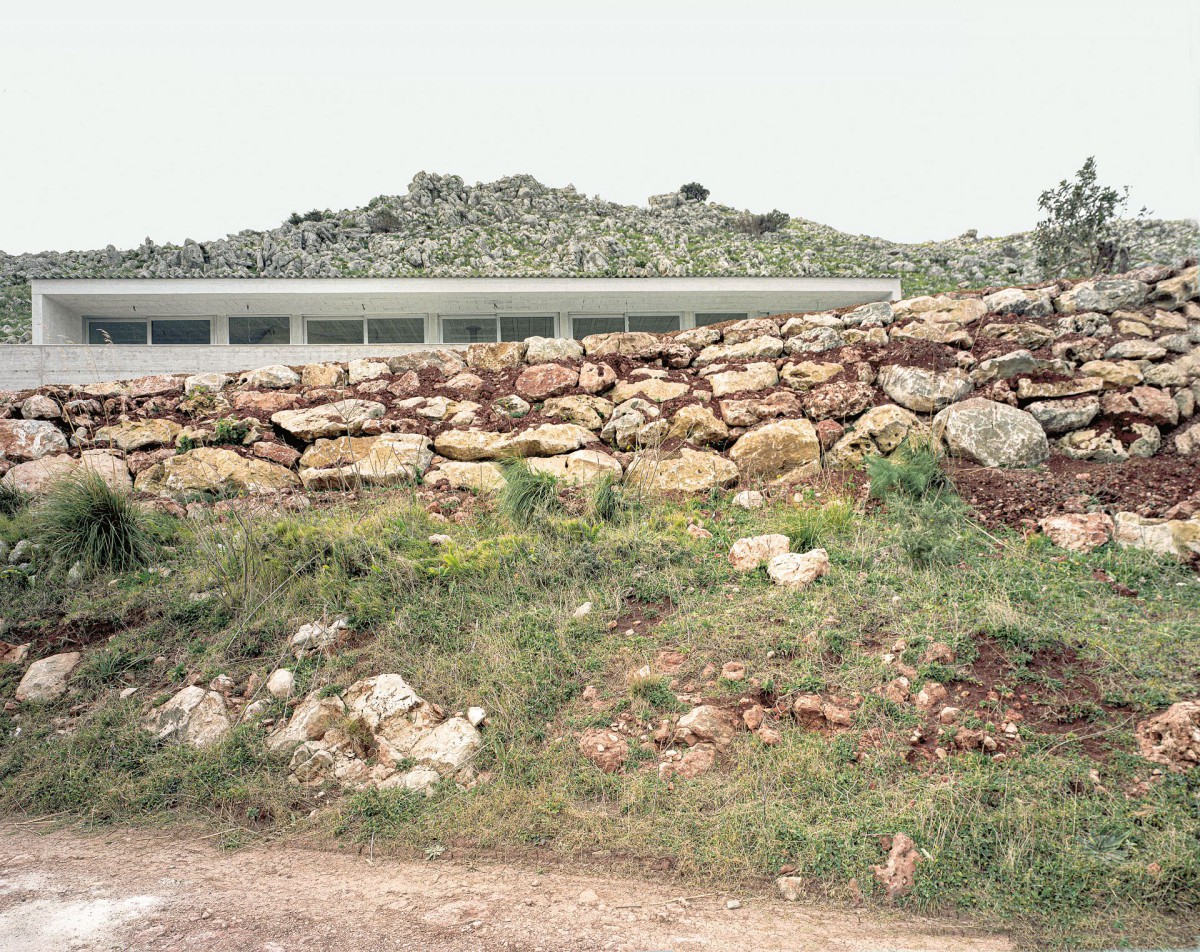 Terrassenhaus II, situated on a steep slope near Visicari, Sicily, was developed in response to building code restrictions concerning the allowable volume of new structures above the natural landscape. Instead of creating a horizontal platform on which to place the structure, the volume slides into the ground. END_OF_DOCUMENT_TOKEN_TO_BE_REPLACED 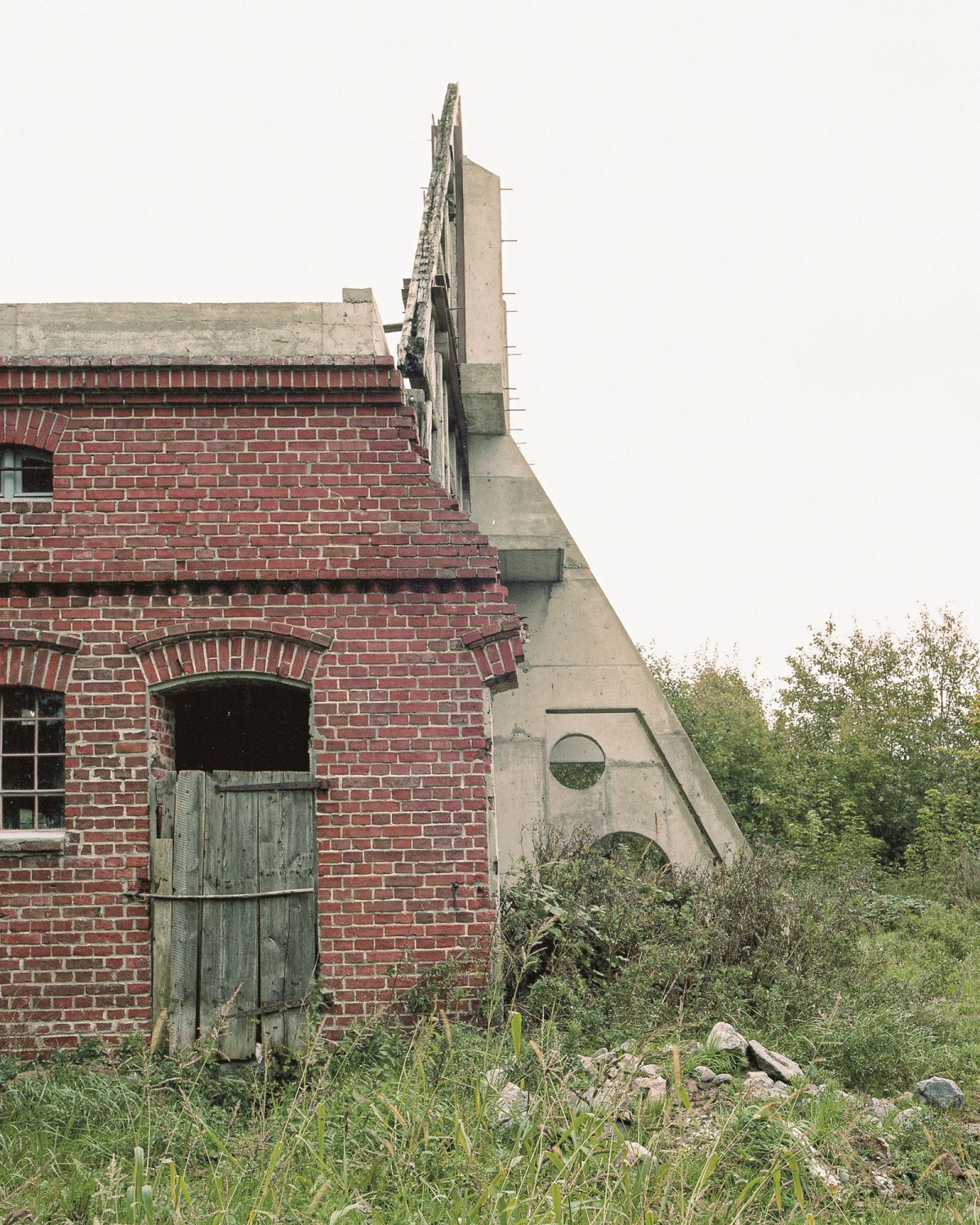 The project located in the small Polish village of Ninikowo is the reprogramming of a former stable into a studio. In collaboration with the artist and project initiator Manfred Pernice, the old half-timbered building was converted by inserting a concrete slab with large skylights in place of the collapsed roof, in a similar way to the principle applied in the conversion of 0145 St. Agnes in Berlin. END_OF_DOCUMENT_TOKEN_TO_BE_REPLACED