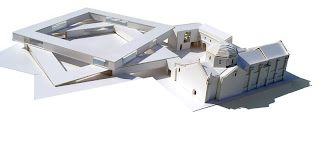 END_OF_DOCUMENT_TOKEN_TO_BE_REPLACED

In 1991, the Parisian design gallerist Patrick Seguin – the man who really put the heat in the market for Jean Prouvé and Charlotte Perriand – went to see a discarded Prouvé treasure. The Ferembal House had been built as the offices for a can factory in Nancy in 1948. The factory was demolished 30 years later and the Prouvé pre fab nearly ended up in the dumpster. Luckily, a local who understood what could be lost, packed it away until Seguin came to investigate and took it off his hands. It took him another 10 years to stockpile the funds to renovate the house and another nine – working with Prouvé experts in Nancy, the designer-engineer-architect’s town, and Seguin’s long-term pal, the architect Jean Nouvel – to actually complete the renovation.

The remarkable story of the rescue and Nouvel’s work on the project as well as exclusive first pictures of the Ferembal House appear in our July issue. Seguin estimates that the building – all one storey and 180 square metres of it – is now worth €8m. But as our story and this video shows, the restored Ferembal House is important not because of its price tag but because it is more evidence of the genius in Prouvé’s radical utilitarian design. 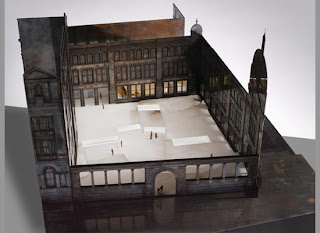 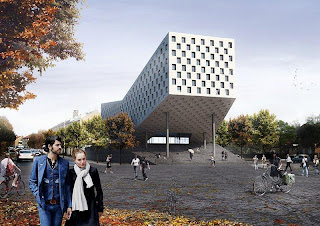 photos: JAJA ArchitectsThe Cornerstone is a combined office and shopping complex. It is located on the edge to the center of Vanløse, Copenhagen, in a fragmented area that consists of small houses, housing blocks, future shopping mall and highrises. Instead of imitating or blending itself into its surrounding, it detaches itself into a building object that creates public space in front, below and behind it. Doing so, it becomes a public landmark that invites people into the developing center of Vanløse. The project is expected to be completed in 2011-12. END_OF_DOCUMENT_TOKEN_TO_BE_REPLACED
Tags: JaJa   Category: Sin categoría 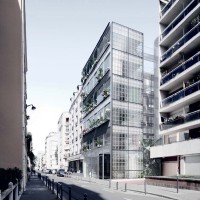