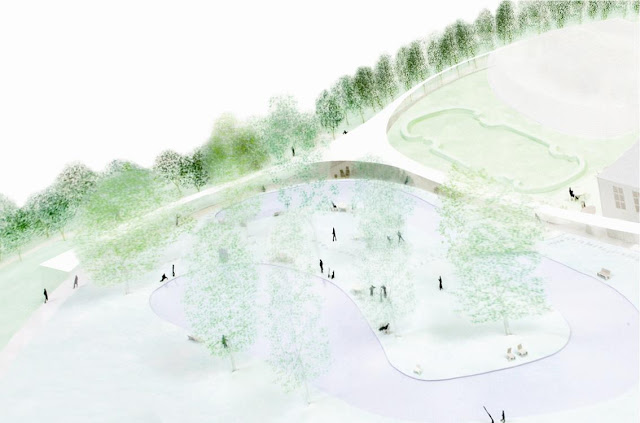 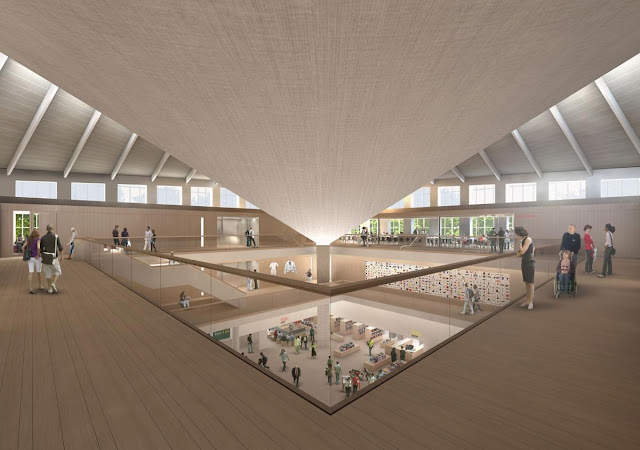 The Design Museum today unveiled plans to create the world’s leading museum of design and architecture at the former Commonwealth Institute building in Kensington, London. Designs for the site have been produced by two of the world’s most innovative architectural practices: John Pawson has redesigned the interior of the Grade 2* listed building and OMA has planned the surrounding residential development. END_OF_DOCUMENT_TOKEN_TO_BE_REPLACED 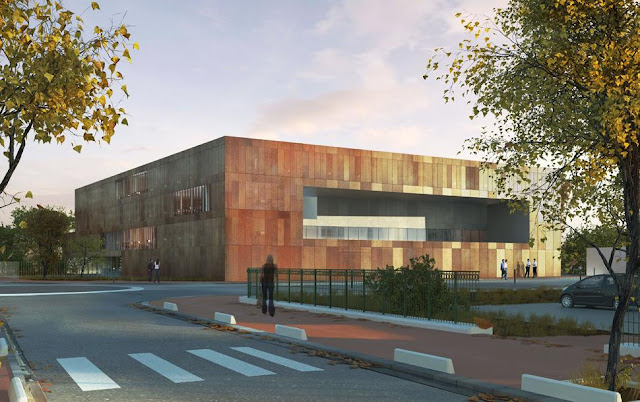 The building will be implanted in a very heterogeneous urban zone composed of houses, apartment blocks and several industrial buildings. The project’s departure point was therefore the challenge of being able to contribute to the definition, organisation and design of this district’s urban spaces. The first stage of our research was to question the form and its urban context, so that we could define an ensemble both maximising the plot and addressing the specific constraints of both of the project’s components. From the outside, the building is a compact parallelepiped whose only irregularity is the large opening in the south facade, leading to the more private entity of the CSL beyond. The view/non-view and open/closed constraints of each of the project’s components are optimised by the interplay of overlapping volumes. The long, uniform rectangle of the SPIP reinforces the urban front on the avenue. Its quasi-mono-orientated volume prevents any aural or visual communication with the minimum-security prison. The volume of the SPIP forms a solid, natural frontier enabling the CSL to function in complete security in the middle of the block and shielding it from outside view. The CSL is set further back, along rue des Acacias. Its entrance is marked by the large overhang, shielding the neutral zone from view. The CSL’s main entrance and logistic and administrative zones give onto a secure and lit exterior volume, whereas the inmates’ zone gives onto the interiorised heart of the block. The outer perforated steel layer enveloping the façade acts as a visual filter and gives the architecture a strong unitary identity. This layer acts as an initial solar protection and complements the ‘thicker’ inner thermal insulation façade. The façade consists of a structural screen in concrete, an exterior rain-protected insulation, and a metallic envelope composed of perforated sheet metal panels with a Cor-Ten effect finish. The envelope has folding and sliding shutters over the windows and follows the building’s 1.35m grid to correspond to the east/west aspects of the offices. The perforation density of each façade varies in function of aspect, to optimise natural lighting and solar protection, and considerably increase thermal performance. CSL’s inner facades, in direct contact with the inmates’ area, are composed of robust, watertight, self-cleaning, prefabricated wall elements. Two major advantages of this innovative and rational structural solution are rapid installation and reduced production time and cost. END_OF_DOCUMENT_TOKEN_TO_BE_REPLACED 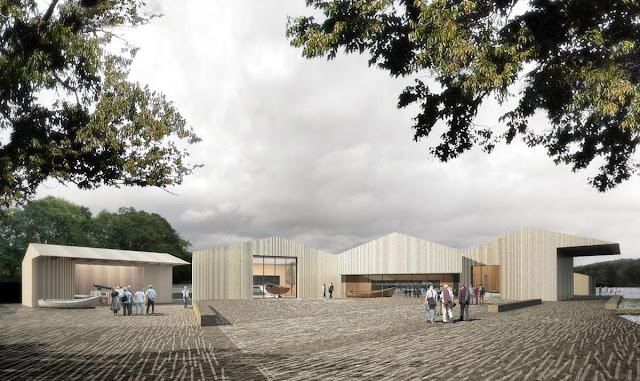 Carmody Groarke are selected as winners of the open-international RIBA Competition for the Windermere Steamboat Museum, from 114 entries worldwide. Work will begin towards a Planning Application for the project in early 2012.Read the Press Release at RIBA. END_OF_DOCUMENT_TOKEN_TO_BE_REPLACED 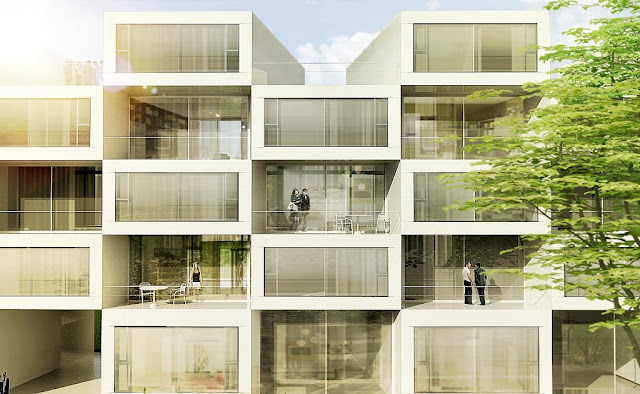 The original Kommuneplan for Frederiksborgvej 73 called for the completion of the two perimeter blocks and emphasized the creation of a pedestrian passageway.
This made for a mundane set of spaces and would have cut the shared green space in the courtyard in half. Later proposals for housing attempted to turn the large green space into a more intimate set of spaces, by breaking up the large courtyard. However, the current residents demanded a scheme with a clearer sequence of public spaces and a development that would not block the sun from their apartments.
BIG’s proposal mitigates the desires of current residents, the development potential of the area, and the need for public space. The new housing development was conceived as a porous wall along the south side of the existing green space. By pulling apart the overall volume of the wall, creating modules of housing, its scale is reduced and a clear division of public space, in the void areas, and private living, in the modules, is achieved.
By bending the wall slightly in the centre, a south facing plaza is created at the street level and the public path through the courtyard is condensed. Finally, by removing the module at ground level in the bend an inspiring threshold between the plaza and courtyard is created, enabling the continuation of the pedestrian path and the creation of a clubhouse for the residents. END_OF_DOCUMENT_TOKEN_TO_BE_REPLACED