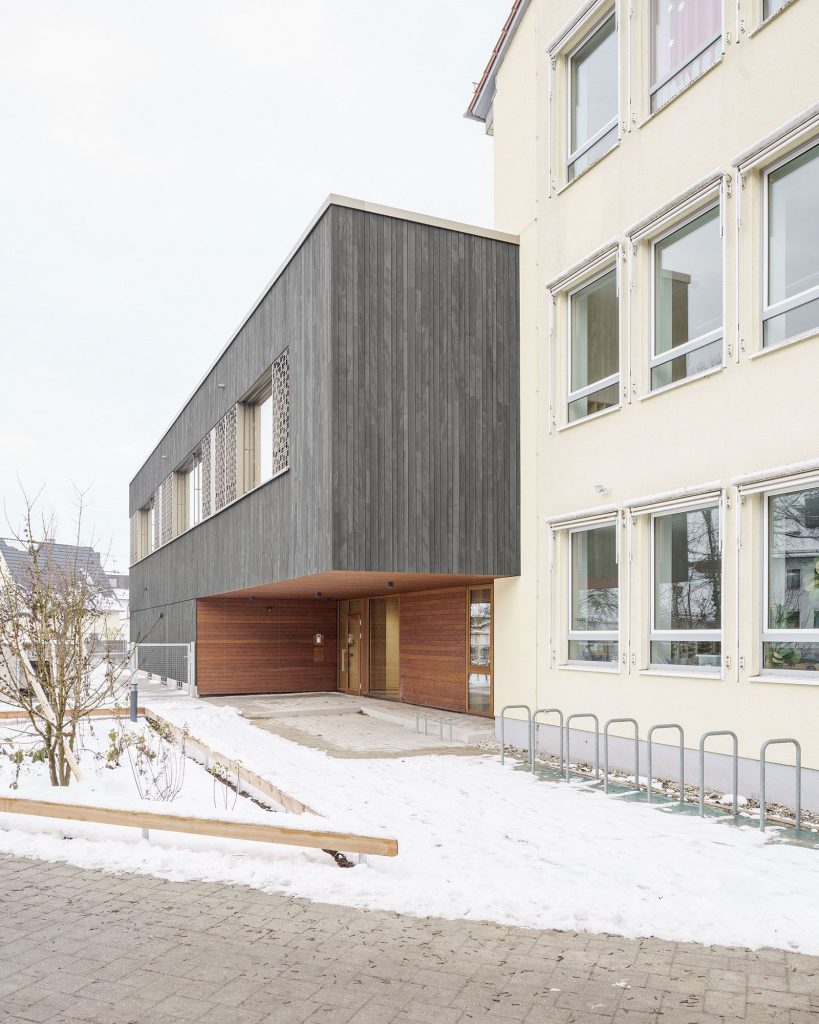 Lerchenfeld is the district of Freising with the largest increase in population. In order to meet the acute needs, the school building on Kepserstraße was expanded with a two-storey extension for all-daycare, whereby the new wing of the building closes the Schoolyard to the south side.

On the ground floor there are two entrances from the schoolyard as well as from the public area, a kitchen with dining room for school supplies and adjoining rooms for management and all-day staff. Four group rooms were built on the upper floor, which will be temporarily used as classrooms until the new Lerchenfeld-Süd primary school is built. Here, too, the transition from the existing classroom to a multipurpose room for restful activities is made possible. With its facade made of anthracite-coloured wooden formwork, the new building is discreetly restrained from the existing school, which has already been extended several times and is recognisable as a contemporary building.
_