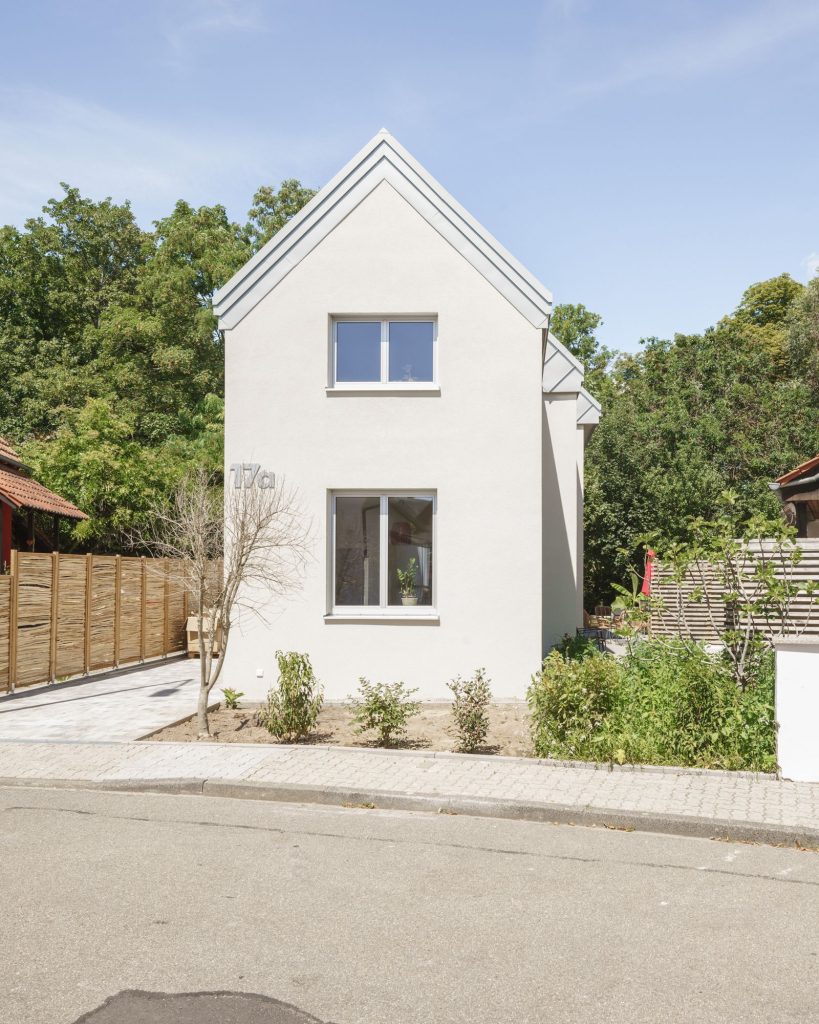 The Turtur project is based on a family-owned property that has already been built on, and on the detached building style that is prevalent in the surrounding area. One side of the plot allowed for a very narrow house after the application of setbacks, which could widen as the depth of the lot increased.

The project poses the question of what affordable housing for a family of four could look like under these circumstances. Despite the small area and low cost, spatial qualities as well as durable constructive solutions were to be achieved. The key has been a certain simplicity.
By taking up the distances and extending the house to the rear, different spaces are created inside, which are accentuated by the internal bearing structure.

The roof and ceilings rest on load-bearing interior walls. The exterior walls are thus largely freed from major loads. This allows lightweight bricks to be masoned homogeneously as an
insulating layer to form the outer shell.
The windows extend up to the ceiling and eaves in order to avoid a constructive change to overlays. The load-bearing roof structure made of cross-laminated timber simultaneously forms the room closure to the top and enhances the small rooms.

This creates a very modest and small house towards the street, which reveals its qualities and peculiarities when you look closer and discover.
_