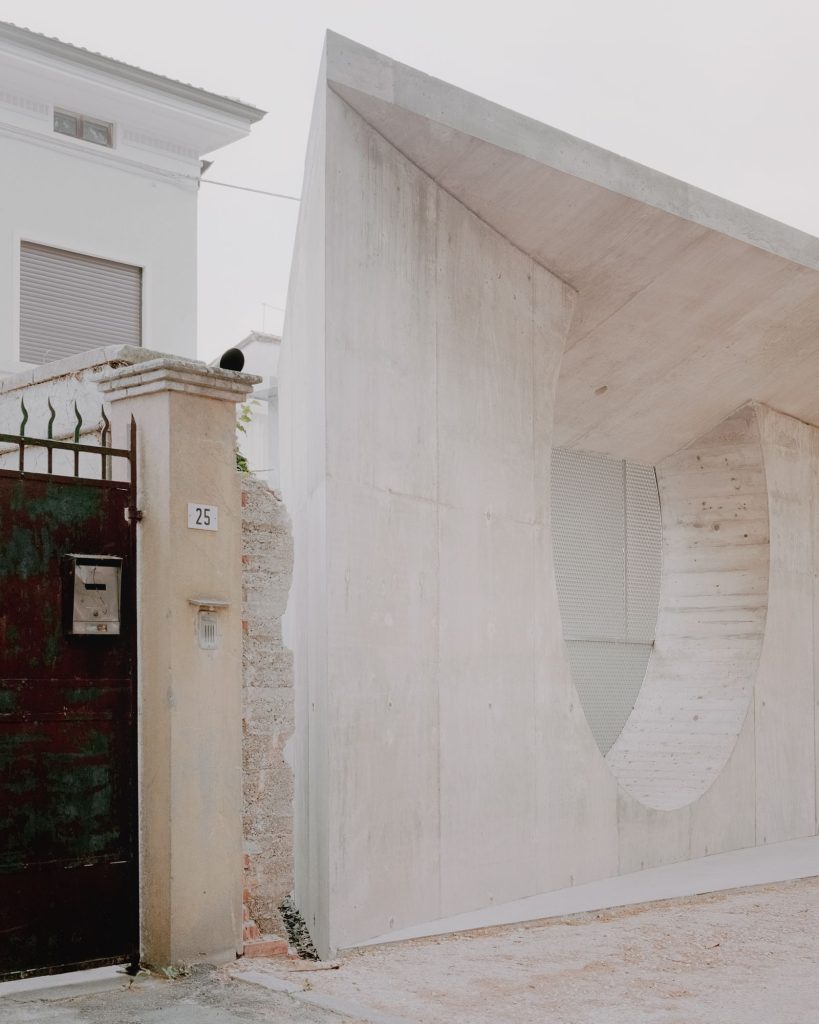 ‘Threshold and Treasure’ questions the role of threshold and treasure in the field of art, architecture and, more specifically, galleries as places of display.

It is about the incredible opportunity to generate a mechanism, as philosopher and writer Giorgio Agamben might say, that is able to unhinge, in a certain way, the difficult approach to art, characterized by a threshold which is perceived as hardly accessible by masses. This detachment, even if it is mainly mental, puts people in a state of uneasiness when confronted to the idea of a world so deep and so rooted that it seems unreachable to many, to those who do not normally deal with culture, to those who do not consider themselves as “educated” enough to have access to such beauty and such intensity of meaning.

‘Threshold and Treasure’ aims to pay tribute to the work of Mats Bergquist. It is precisely in the space of the threshold that the meaning of the entire project unfolds: thus, the entrance becomes both work of art and urban system. It is a matter of volume: one can caress its concave shape, can experience it, and can perceive its thickness from the seat created inside, as in a frame that reminds of Edward Hopper’s representations. And again, it is meant to be crossed in order to reach the first “secret” garden and enter in a whole different dimension, by leaving behind the chaos caused by the surrounding urban context: an essential, oneiric peace which has been sought for one purpose only, to host art.

The path is designed with the aim of gently leading the visitor inside the exhibition area from the furthest side: the place unveils itself gradually, following a closed sequence of crossings, one threshold at a time. At this point, the itinerary reaches the so-called ‘black threshold’, which is a place defined by a twentieth century addition consisting of a frame in reinforced concrete, whose presence is here underlined by an ‘absolute black’ coating. This expedient focuses on the visual perception of the viewer, making the eye attentive to the layers and, at the same time, appeasing it, thanks to a background suitable for experiencing art pieces in an inevitable dialogue with the existing building. Precisely by the visible original wall, the presence of a third threshold can be perceived: the memory of what used to be a typography and, before that, a barn, leads to the discovery of a whole different spatiality, which is authentic since it has been freed from the additions of time. Here, in the background, is located a discrete volume of visible reinforced concrete which encloses restrooms, and captures light thanks to the contrast with the wooden slab. The longitudinal development of the great hall entirely opens up revealing an additional threshold: a glass and steel cage which expands the space unveiling the internal court, almost as if it was a treasure. It reminds of a Japanese garden, scattered with sculptures by Mattia Bosco, and it provides a privileged viewpoint, and also a moment of rest.

By going back to the glass volume of the entrance, it is possible to distinguish the stair leading to the upper floor. This presence reveals a design operation that made possible the “detachment” of the Liberty building – which now hosts the artists’ temporary residence – from the Twentieth century addition. In that specific position the stair becomes a key element to the re-organization of the syntax of the multitude of stratifications, showing the passage of time. The separation of elements (the villa and the warehouse) is a necessary break: the unpolished façade conveys the power of this break, which is then mitigated by the connection provided by the new stair. The stair and the beam in reinforced concrete generate an additional mechanism, a three-dimensional threshold, the sixth one, which leads to another treasure, the garden. This green space proves to be a sort of “panopticon” from which, among trees, it is possible to lay eyes on a typical Venetian historic centre. This point of attraction consists of a questionably complex blending of styles and colours which, overall, determine a contemporary tapestry, a setting which is itself a work of spontaneous art, defined by the alternation of architectures without architects (as Bernard Rudofsky would say) which contributes to the memory and tradition of the place and, for this reason, should be interpreted with pride.

One more threshold needs to be crossed in order to enter the atelier: a large sliding door in natural steel reveals a further pivoting window which, finally, gives access to a pure space. The concrete volume, visible on the external side, is characterized on the inside by a continuous white surface which stands out on a wooden floor recovered from a kindergarten in Borneo, enriched by kids’ carvings which bring back to the domestic dimension of the entire building. The covering, with regards to geometry and materials, brings together the architectural elements of the rural Venetian tradition and the typical features found in industrial buildings. The volume hosts a place dedicated to the artists exhibiting in the permanent collection, a space that, per se, reflects the poetic of the curator, Elena dal Molin, a contemporary patron who finds in experience, in sharing and in aesthetic research the fundamentals of her own activity: the perfect client for an architect.

From here, once again, it is possible to capture the intention to perpetuate a constant connection with the landscape, thanks to the ten-meter-long opening, defined by sliding window frames. The art projects itself toward the outside. And it’s where time stops.

While tracing back the itinerary, the ‘panopticon’ captures the visitor and, through a 360° rotation, one can see the impressive artisanal gutter which collects water and drains it towards the garden. Once again, on the ground floor, one can rediscover the garden and its twisty path: also the exit is a discovery. At this point, there are some more details that can be perceived, such as the bench inviting the visitor to stay for a little longer and think about their experience, before meeting again the quintessential mechanism, ‘Threshold and Treasure’, and leaving that peculiar ancestral dimension, which has been staged by the project thanks to the cooperation of art, memory and place.

Through the threshold, a space unveils, where a multitude of forces, guided by imagination, emotions and freely experienced matter, concentrate in a fact of preserved culture which projects itself towards the only possible measure: the infinite.
_