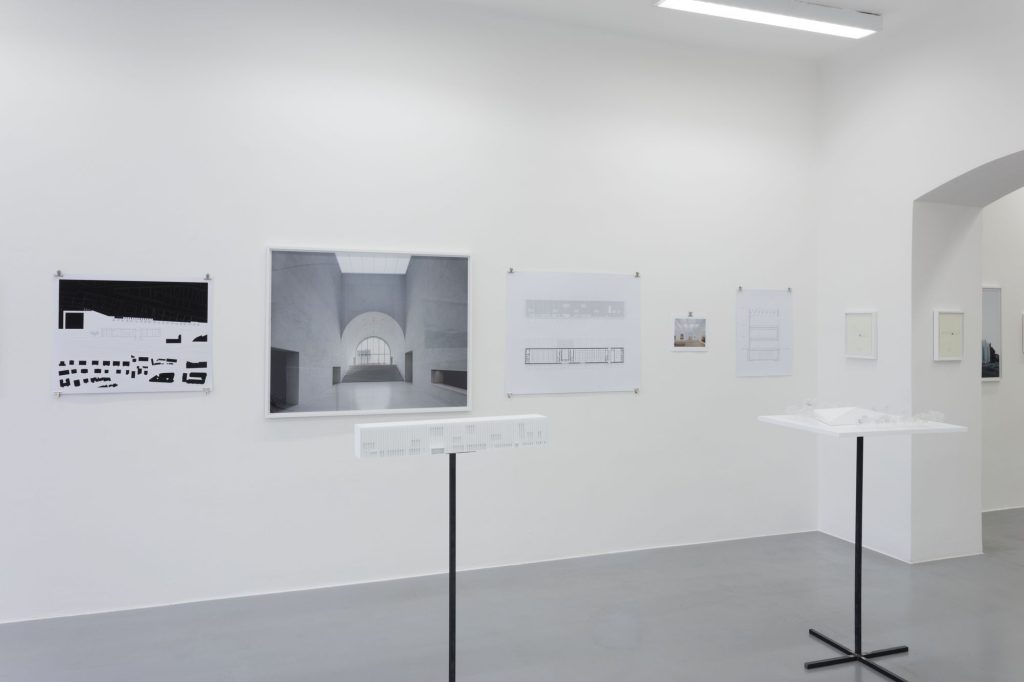 For its penultimate exhibition of the year, the Gallery of Contemporary Art and Architecture – České Budějovice House of Art presents On Continuity by Barcelona architecture studio Barozzi Veiga.
The central theme of Veiga’s work is searching, meaning the search for an appropriate type of architecture and its conditions, limits, and boundaries within the context of the changes that are constantly happening as a result of developments in the architecture and in society.

Barozzi Veiga can with some exaggeration be called a studio of nomads – not in terms of a constantly shifting office, but because of its range of activities: one characteristic of Barozzi and Veiga’s work is that they work all over the world, but not where they live. And they are fully aware of what such “activity” entails: the dangers springing from an unfamiliarity with a place and the need to come to terms with many different changes and ways of working. They nevertheless have shown that, with their designs and sets of values, they are capable of working with a particular locality and its various contexts and sensitively responding to and respecting the memory of the place in question. Their projects tend to be rooted in the place and are characterized by a strong emotional resonance and the ability to create an atmosphere.
Barozzi Veiga’s first monographic exhibition in the Czech Republic, On Continuity, presents a series of completed project or projects under construction. It highlights the central themes that characterize their work by using drawings, photographs, and models to narrate the conceptual aspects and constructional reality of each project.

Working in continuity with what already exists, the presence of the right tone that allows the project to become a part of the local context both in consolidated environments and ephemeral or natural landscapes, the search for a certain sense of permanence – these are the main questions that form the basis for the exhibited projects, all of which are infused with a desire to create civic and public architecture in which the architectural object becomes almost a simple frame for a central collective space.

In 2022, Verlag der Buchhandlung Walther und Franz König published a monograph on Barozzi Veiga, which is included in our exhibition.
_