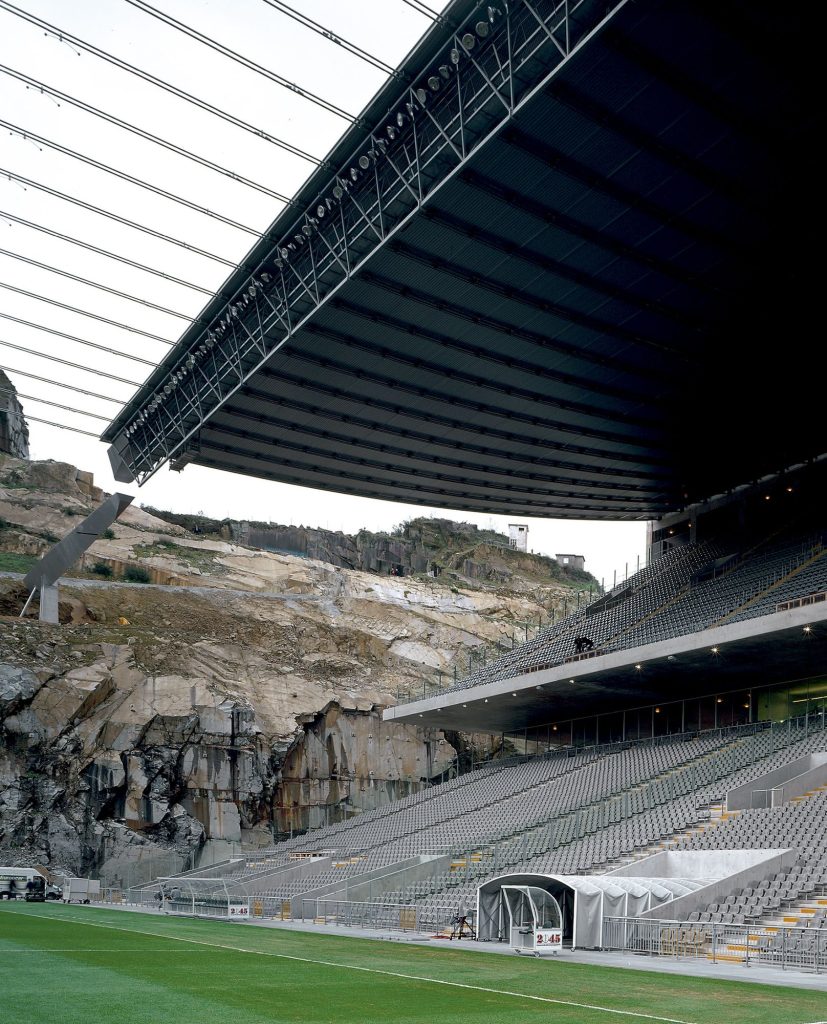 The Braga Municipal Stadium is situated within the Dume Sports Park on the northern slope of Monte Castro.

The location was chosen in order to avoid making a dam along the water’s edge in the valley. The alternative would have been to move it further to the west up against the hill, like a Roman amphitheatre.

Nowadays football is a big entertainment, hence the decision to have only two rows of seats. Today nobody can stand to watch a play by Peter Handke in “zoom”, behind the goals.
_