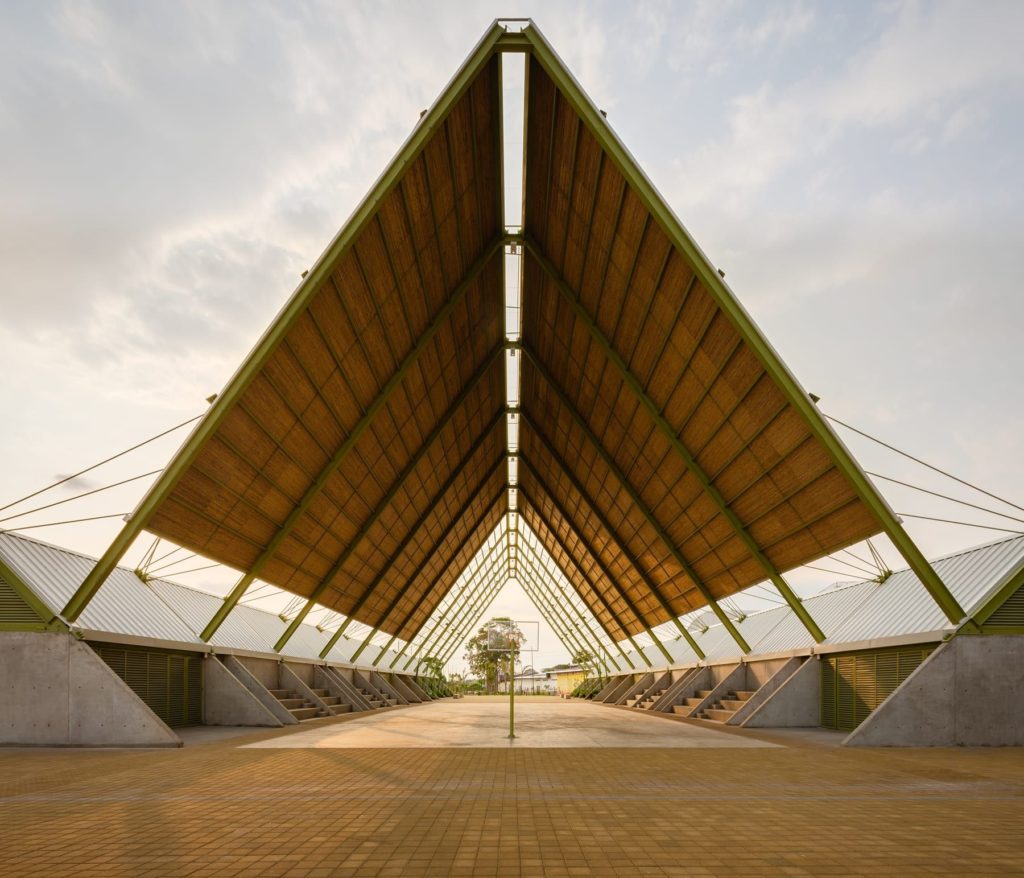 Tapachula Railway Station was inaugurated at the beginning of the 20th Century; with an eclectic and art deco appearance that by the seventies would become modernist. In October 2005, Hurricane “Stan” collapsed the rail system in several sections, making it impossible for the train to function. Given the magnitude of the disaster it proved unfeasible to rebuild. The place that long served as the gateway to Mexico, as well as the heart of Tapachula, gave rise to a garbage dump; at night, housing homeless people.

Hand in hand with fundamental actions by the community, the small space for cultural, sports and local memory activities was rescued, achieving throughout the region the intervention of the Urban Improvement Program implemented by SEDATU since 2019.
The project aims to rescue its character as an urban connector and public park along with strategically measured flexible spaces to be covered courts, community dining tables and recreational spaces.

Its conceptual essence arises from the nature of repetition, evoked by the train tracks, it is resolved by a single section, capable of allocating small-format spaces on its sides, for sports, cultural and community use, which serves as “exposed foundation” to support a 19 mts high and 24 mts span lightweight roof, for large-format uses and public events. The landscape intervention forms slopes, public squares and community orchards, taking advantage of the extraordinary local vegetable palette, breaking the limits between the interior and the exterior, between what is built and what exists. The structural strategy is based on tension elements that allow slenderness in the large span, despite seismic and wind considerations. The color palette arise from the place, being Tapachula the largest bamboo producer in Mexico, in addition to steel and concrete as reinforcement elements that promote cross ventilation and natural lighting in all spaces.

The Old Station recovered its original character, uncovering the structural elements and the original texture of its walls, as well as the essence, already recovered by the community, of the cultural space and the memory of the heart of Tapachula.
_