Church of the Living God . Hurstville 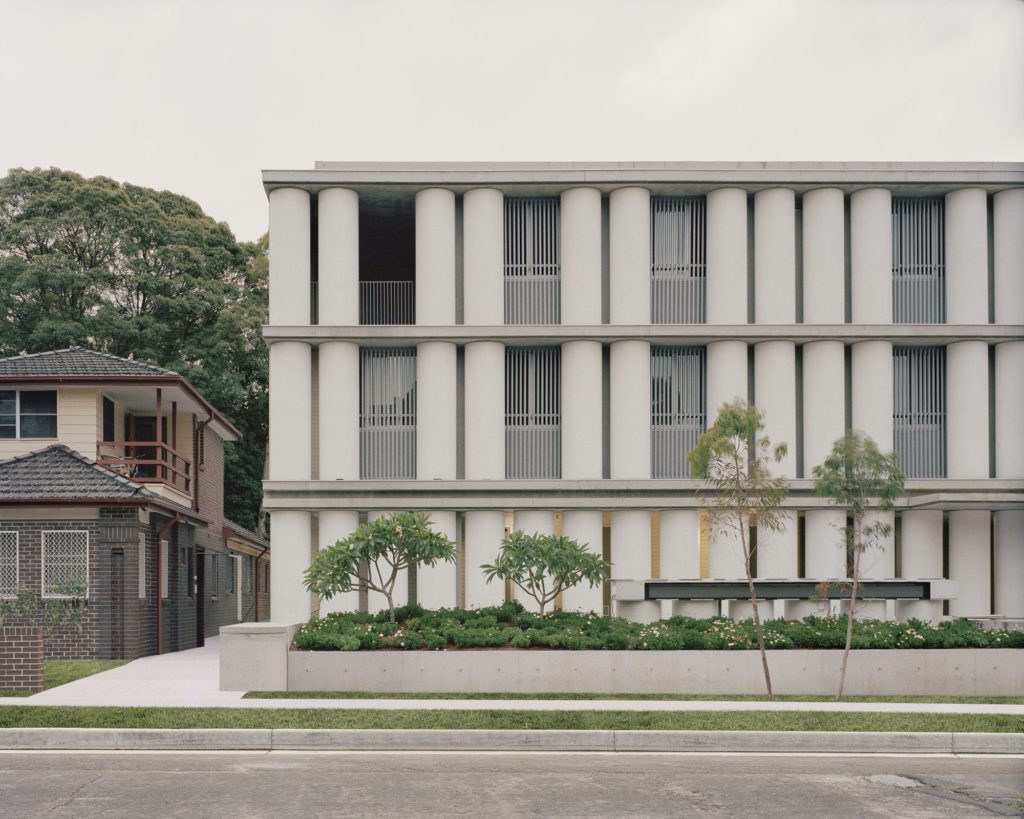 In the context of form, the material composition and construction methodology play a significant role and this affects the sense of proportion in the streetscape also.
The east and west façades incorporate highly articulated materiality and careful manipulation of form through subtle extrusion of the service cores. The southern façade incorporates an open landscaped courtyard which allows light into the centre of the building. The entire composition is designed to present as a mass which is a singular public building.The interior sequence is arrived to develop calm and elevate the worshipper’s sense of repose and quietness.
_