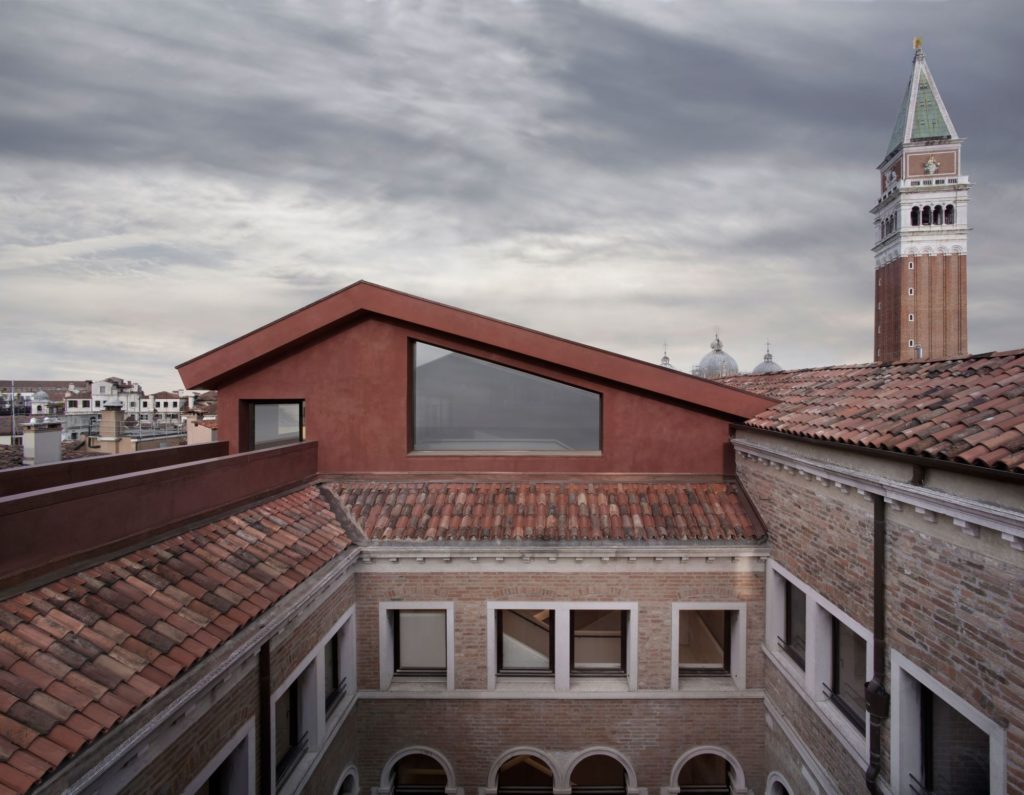 Beyond being one of the most recognisable squares in the world, Piazza San Marco is an extraordinary and explicit demonstration of ordered public space. The Procuratie Vecchie, which developed along the entire north side of the square, was designed by the architect Bartolomeo Bon and later by Jacopo Sansovino in the first half of the sixteenth century, under the renovatio urbis programme of Doge Andrea Gritti. It established the classical language adopted by the subsequent developments on the square.

The commission from the Italian insurance company Generali, a company that began its life in these buildings, is to both renovate, unpick and make sense of generations of modification and practical adaptation, and to bring the buildings into a more engaged relationship with the city. The proposals will facilitate the activities of The Human Safety Net, a charitable arm of Generali while, for the first time in 500 years, a large part of the Procuratie Vecchie will be made accessible to the public.

The project is not defined by a single concept or architectural gesture, but by a series of interventions that address the complexity of the work. These include the restoration of the first and second floors, the reorganisation of accessibility and usability of the building through the inclusion of new staircases, and the renewed central entrance on the third floor with access to the raised courtyards. The third floor will include exhibition spaces open to the public and linked to The Human Safety Net, as well as workspaces and an auditorium.
_