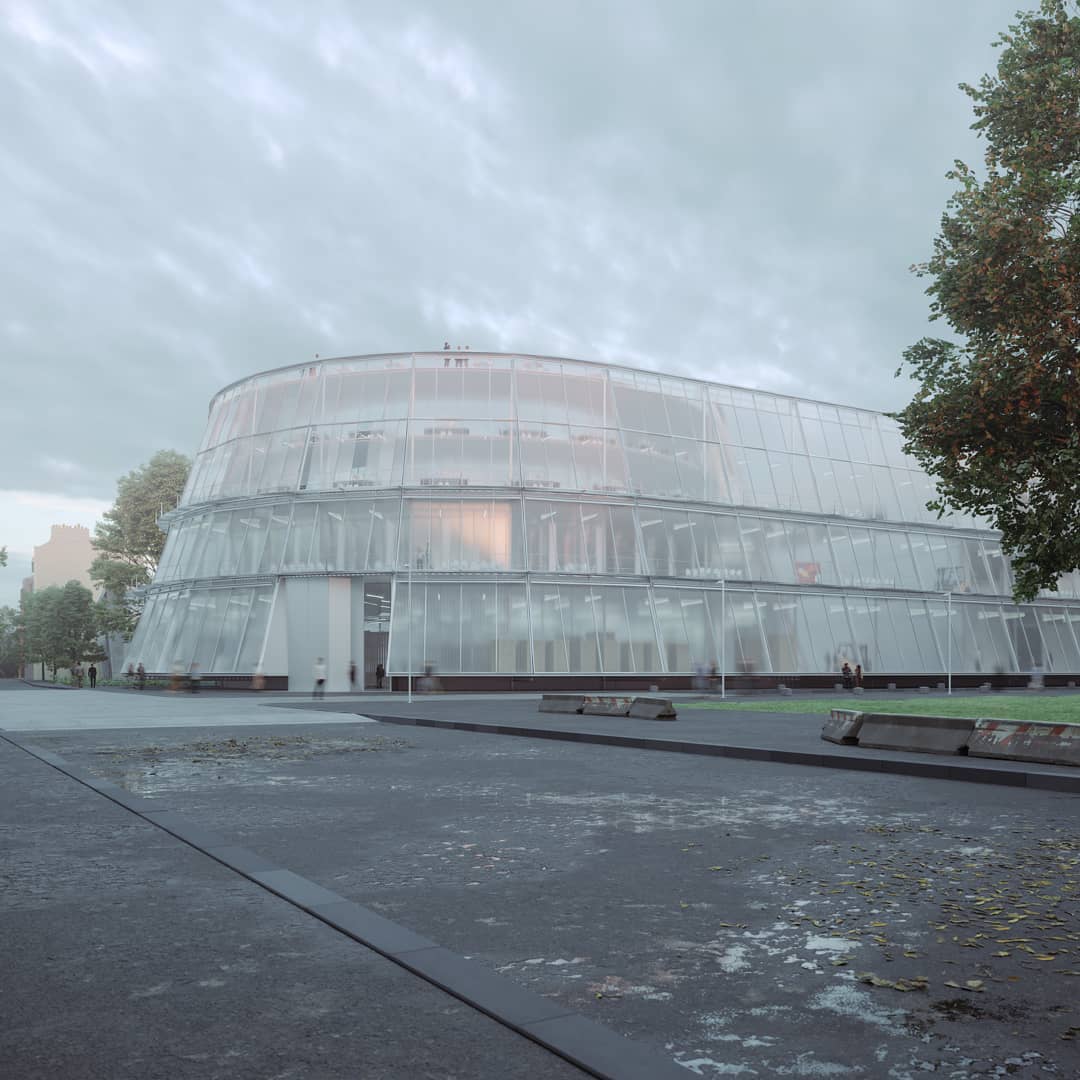 This project inserts 21st century art in a group of hangars located in a former industrial area. The mission is ambitious but finds an immediately readable resolution. It is not just a question of offering a simple space for storing and protecting collections, but also a place for exchanges and debates and a circuit for receiving works.

The project articulates two clear, firm actions: to make the existing warehouse space profitable and to add a new architecture which, by taking on the full size of the site, provides it with the stability it was lacking. Economical and pragmatic, the project deploys the qualities of industrial architecture (availability of space, solidity of the structure) to meet the requirements of preventive conservation (nuanced quality of light, careful implementation).

The approach is based on an observation of the program: the possibility of housing the storage spaces of the CNAP and the Mobilier National in the cluster of existing hangars. These are transformed minimally (only small extensions are removed) and covered from the inside to recover thermal standards. These simple decisions allow for savings that can be reinjected into the ‘new’ part of the project. The latter consists of a quickly constructible, autonomous structure consisting of a circular building (the living space) extended by a gallery on three levels that runs along the entire length of the site through the storage sheds.

These two forms —a rotunda and a portico— reflect two movements that are specific to two components of the program. The ‘living space’ centre is based on centripetal traffic, reflecting the movement of the works from their arrival by truck until their presentation beneath the beautiful museum light of the commission room. The gallery is organized on the principle of a very generous forward movement on the ground floor (a 7-metre wide boulevard des oeuvres), which is more restricted in the upper levels.

A circle, an arrow, a rolling effect: this is the project summarized in two forms and above all, in a dynamic that colours the whole site. However, the project does not consist solely of a ‘new facade’ imposed in front of the hangars. In the north, a landscaping project ensures the visibility of the building as a polite gesture to a district in full mutation. By combining three components —renovation, architecture and landscape— the new premises of the CNAP and the Mobilier National combine the solidity of a safe and the sophistication of a delicate encasing.
_