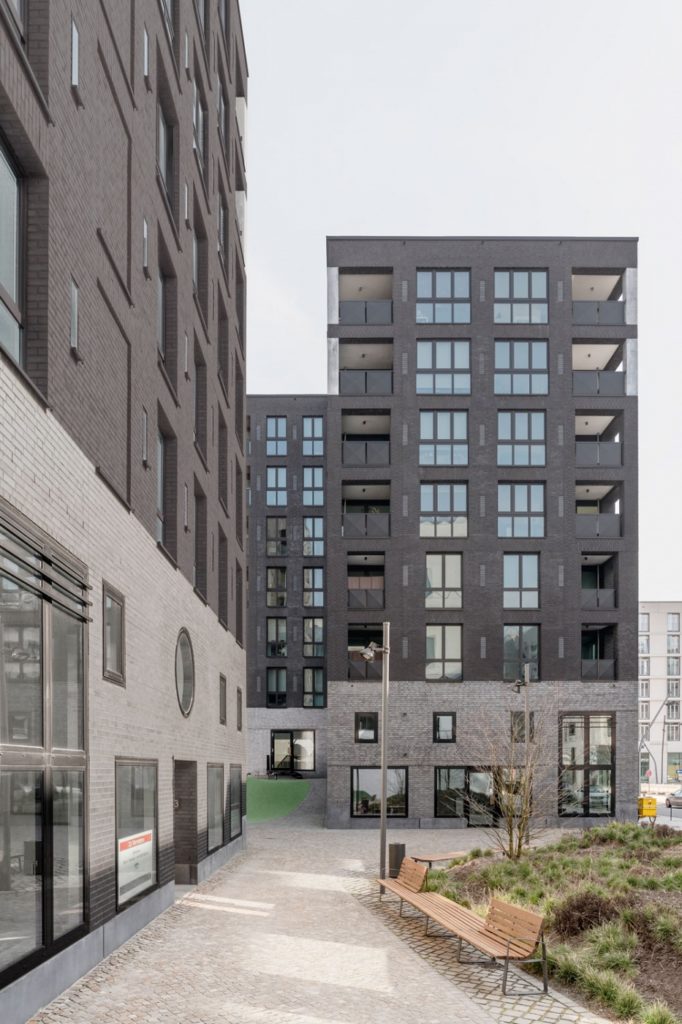 Two residential buildings form the centre of the masterplan for Baakenhafen, a new sustainable rebuilding of the Hafencity harbour, Europe’s largest inner-city development project. As a port city, Hamburg represents a long history of maritime trade, specifically with London – both were members of the Hanseatic League, a diplomatic association of cities that promoted the exchange of industry, culture and architecture.

The project starts with a set of parameters defined by the masterplan. With views over the Elbe River, the towers stand on an already layered waterfront comprising the harbour, a civic pedestrianised base, a mixed-use level and social housing. Invoking London’s predominantly upright architecture, they are designed with a restraint that manifests itself in the design’s overall vertical qualities. Each tower – one rectangular, the other z-shaped – house 84 apartments in total. Loggias are built into the internal floorplan to avoid external attachments and to protect occupants from the harbour’s blustery exposure. Only the proportion of the fenestration varies, increasing with the height of the building, as the measured privacy at ground level gives way to the open panorama. A palette of varied bricks makes up a facade designed to weather the harsh North Sea elements. Cast iron, a native of waterfront architecture and infrastructure, provides occasional details – pragmatically, as drain covers and protective skirtings, and as decorative and civic ornamentation, punctuating an entrance, a street lamp or balustrade.
_