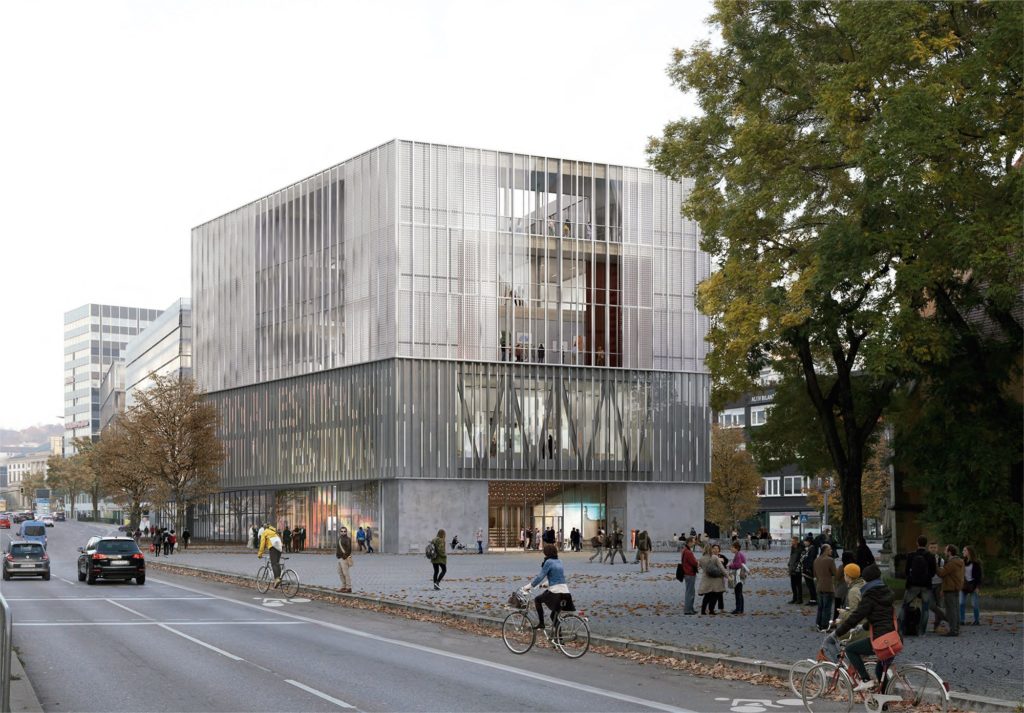 Riehle+Assoziierte in collaboration with Carmody Groarke have won a mention in the design competition for a House for Film and Media (HFM) in Stuttgart.

Situated in direct proximity to the cultural mile, the HFM creates an ensemble of three noticeable urban figures together with the adjacent Leonhardskirche and the Gustav-Siegle-Haus. The prominent solitaire with a simple form chamfered towards Leonhardsplatz is both sensitive in its contextual massing and distinct in its characteristic form opposite the Leonhardskirche. A new public building respecting the existing city context and defined by a public character and civic presence.
_