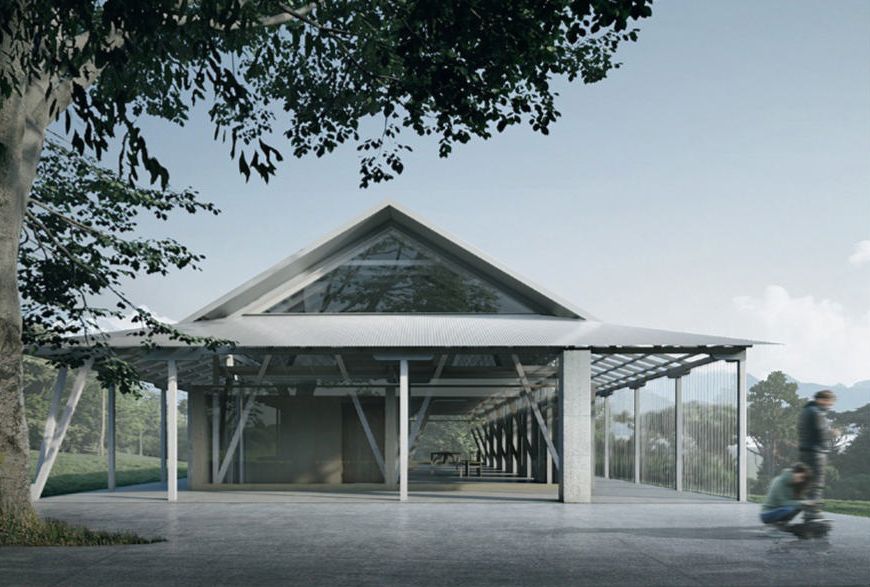 Chanchera belongs to that family of beautiful, small Chilean rural sheds, with wooden columns firmly buried straight into the plot, as the 120-year-old shed was slowly rotting away on the side of a country road near Osorno in southern Chile.

In the beginning it was used as a warehouse, later as horse stalls, and finally, up until a few months ago, a chanchera (hog farmhouse). If you look closely at the slim, uneven timber, you can see its humble origins. Paradoxically, you can perceive traditional carpentry and superior craftsmanship in the 3-dimensional joints. Transporting it (around 30 km away) and repairing it could be done only if it resisted, that is, as long as it could make the journey into our time and become part of the present.

As I have mentioned, repairing concerns itself only with making something useful again, and if in the process you have to amputate one of its rotten legs, then so be it; there’s no turning back. Repairing a fragile building means putting it back on its feet in its vague (undocumented) past. With Chanchera it meant bringing continuity to an originally fragile, well-crafted structure.
_