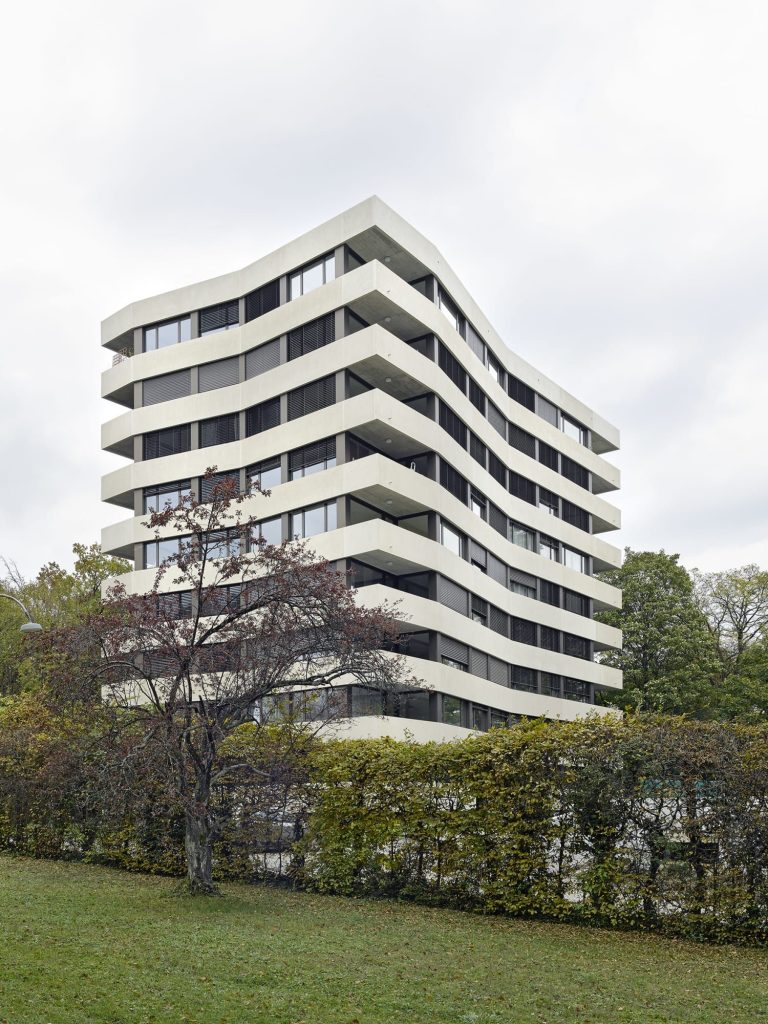 The project features the metamorphosis of a pure rectangle into more complex geometry, its “folded contour” evoking an organic form. There are many reasons for this formal operation, the first of which is to enhance the close relationship with the surrounding vegetation of the old countryside with concave façades. Secondly, it was important to establish a volume on the crest line that would function as a “pivot” in the landscape, with its multiple facets, as the building had to address all the aspects and not favour any one of them. Finally, its irregular volumetrics, accentuated by the repetition of strata alternating between sand concrete and bronze ironwork, embodies a highly recognisable place.

The choice of materiality and shades deliberately aligns itself with those of the neighbourhood, especially the remarkable Collège Rousseau building by the architect Alain Ritter. The inhabited floors are detached from the ground to prevent the privatisation of the park and give the volume a floating base. In a radiating plan arranged around a single vertical distribution cage, large corner apartments enjoy a loggia linking the living room and dining room. A large interior layout, characterised by a hopper that perforates the nine floors, creates a kind of social theatre that connects all the inhabitants.
_