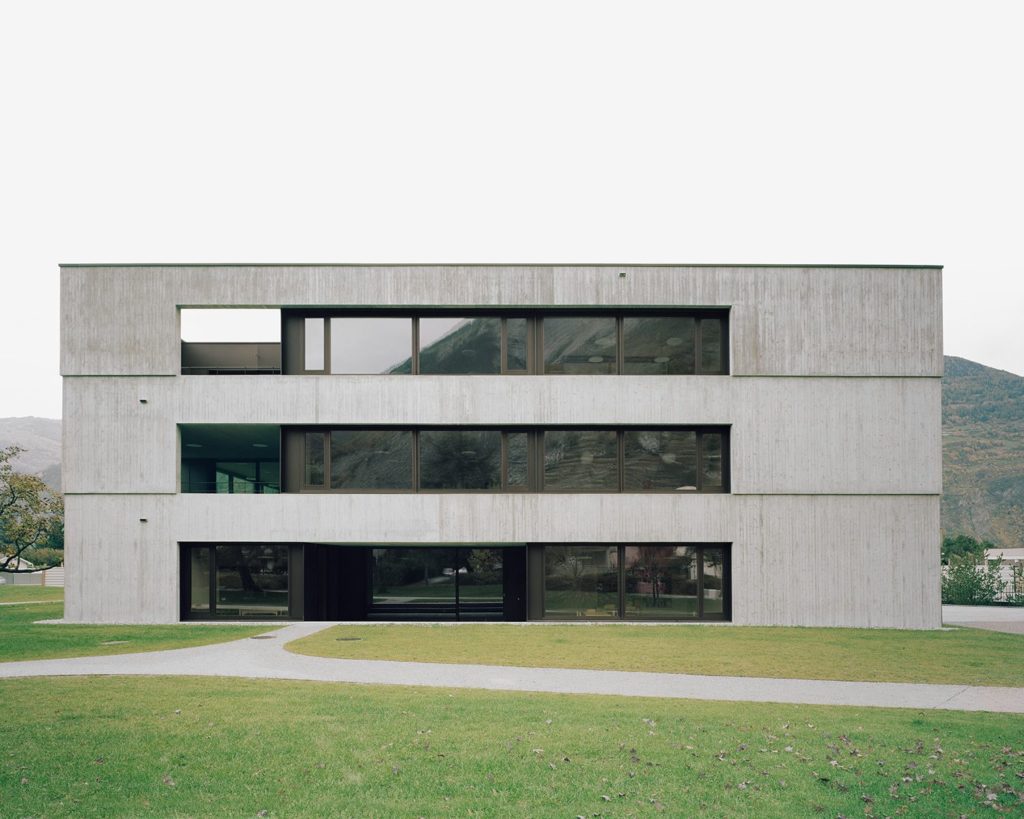 Located in a residential area, the existing school complex of Cordé has an entry sequence quite similar as the ones of the surrounding houses. Beginning on the road, A park-treated garden extends in front of a mineral space allowing access to the school. While praising the architectural qualities of the building, the project considers this association to the idea of « maisonnettes » unsuitable for the public function of a school center. The park seems disconnected from the schoolyards, which are themselves poorly contained. All the major spaces seem to be unconnected. Our proposal trough the project, was to requalify and reconnect these public spaces. The extension of the school and the sports hall, as well as the addition of a new volume (Kindergarden and nursery) define all together a new central space. All new and existing entrances are connected to this new main schoolyard. While contained between the buildings, this courtyard extends beyond the reference space into the new park with trees. The creation of a reference public space on a village scale seemed particularly appropriate for the village, which did not have any.

The project creates a smooth transition between the school complex and the surrounding private gardens. The park expands and takes place all around the place. The relations between the different outdoor spaces begin to develop some radia logic, instead of the previous additive one. The small hills of the existing park are reinterpreted, making the children’s play areas protected by a kind of natural topography. They are located about 50cm lower than the surrounding terrain, generating the same sense of protection while reinforcing the visibility of the complex.

The new building (Kindergarden and nursery) is composed of 5 long walls. These 5 elements create four bands, which are then cut into spaces according to the program. While allowing a great flexibility of composition, this system has the advantage of creating different spatial sequences, different routes within the building. It is also extremely compact since it does not require distribution spaces.

The secure outdoor spaces take the form of large « loggias », illuminating the building in depth. The division of the patios into several spaces generates a better flexibility of use: each zone keeps its access to an outdoor space even if some rooms are closed due to group activities,. This project « ingredients » brings a high quality of use and avoids the segmentation of the outdoor space of the park. The project is designed in such a way that a loggia, a sleepingroom and a bathroom are always accessible directly from an activity room, without a corridor. In this way, the building offers various free walkways, the route of which varing for each user according to each day. The sequences reinvent themselves, without conflicting with the daily use of spaces. The interior views are enriched, since one can see into several spaces at any time, wherever one is.

The lower ground floor is largely lit by an open-air courtyard. This space is the heart of the project. In addition to providing an optical and functional link between the different levels, it houses the communal library, whose placement at the heart of the project was not part of the competition. However, this approach seemed justified in this project, which sought to bring a new reference space to the village level. The central patio is both the center and epicenter of the project.

The extension of the school is treated in accordance with the existing building. The objective of this part of the project is to integrate with the building, so the whole project is free from the effects of style related to a given period, and form a coherent and continuous whole.
_