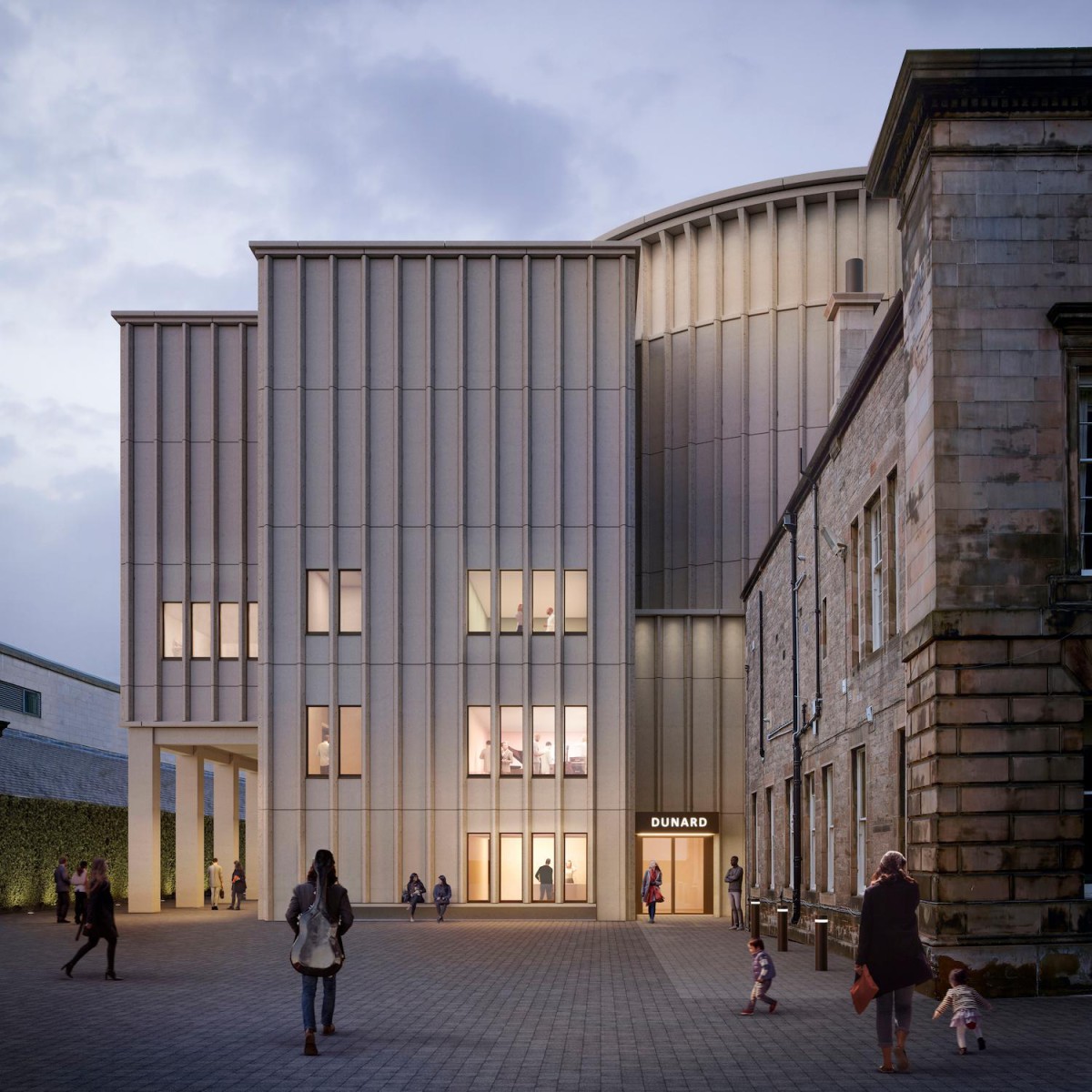 The City of Edinburgh Council has granted planning permission for a new 1000-seat performance venue within the UNESCO World Heritage site of Edinburgh’s New Town. The Dunard Centre will be the city’s first purpose-built music and performance venue in over 100 years.Embedded in the dense area of Registry Lanes and also on the grand civic axis with Dundas House, the building creates a series of rich, continuous, high-quality and accessible public spaces that better connect the previously fractured surroundings. The project is a respectful new addition to its historic context that will revive the complex site and provide a new cultural destination of both local and international significance.

Edinburgh is a city with a rich cultural heritage that plays host to the world’s largest performing arts festival every year. The Dunard Centre will address the long-identified need for a purpose-built, medium-sized performance venue in the city, serving as an Edinburgh base for the Scottish Chamber Orchestra and providing a new space for a range of musical performances – both acoustic and amplified – as well as events. The venue will contain a 1,000-seat auditorium, a café, bar and multifunctional spaces for a variety of events as well as an educational outreach programme. Upon completion it will be Edinburgh’s first dedicated new space for music and the performing arts in 100 years.

The new venue is located within Edinburgh’s UNESCO World Heritage Site at the eastern end of its Georgian New Town at a point where the formal qualities of the New Town meet the more intimate atmosphere of lanes around Register House. It is located behind, and connected to, the Grade-A listed Dundas House (1771) on St Andrew Square which can serve as a formal entrance for special events. On an urban level the project seeks to provide a fitting terminus at the end of George Street, the New Town’s principal axis, in a position where a grand public building was originally intended to be built. It also resolves the immediate urban conditions of the site, which is relatively concealed. The venue connects the surrounding distinct neighbourhoods through several approach routes and entrances, as well as a newly landscaped public realm.

The building’s functions are distributed within three refined yet compact and intersecting volumes. The concert hall sits in the centre within a pure elliptical form; its shape and scale dictated by the acoustic requirements and its position on the site. The hall volume rises above the neighbouring buildings as an urban gesture which terminates the axial view east along George Street, with Dundas House prominently in the foreground. The venue’s overlapping lower volumes are orthogonal in form and house its ancillary and public functions. These help to reduce the overall mass of the building and anchor it within the scale, geometry and atmosphere of the surrounding lanes, pocket gardens, and neighbouring buildings.

The façades of the new venue relate to the architecture of the New Town in both their order and materiality. The expression of a base, middle and top, found on other neoclassical buildings, is picked up by the composition of the venue’s massing while the texture and tone of its concrete references the various sandstones found in the New Town. The character of the public realm is set by the architecture of the building and borrows from the scenography of the context creating a series of varied, interconnected spaces between the venue and its different approaches.
_