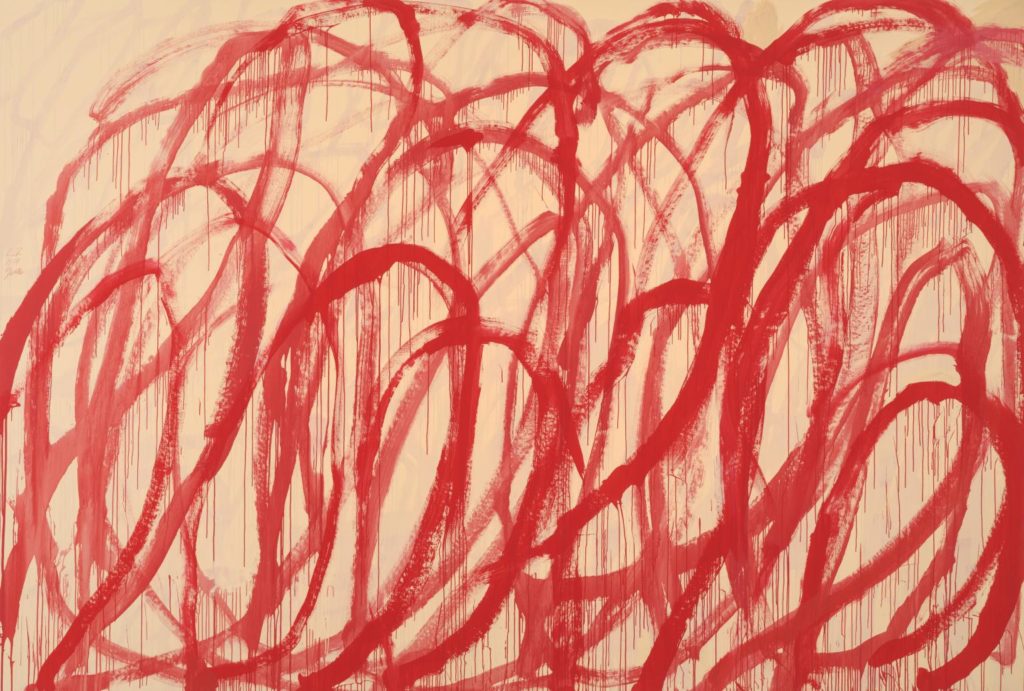 In the 1950s Twombly wrote that the act of painting could come out of ‘one ecstatic impulse’. Made 50 years later, these swirls of paint convey a similar intensity. They were made with a brush attached to the end of a pole, enabling Twombly to capture the energy of an unbroken movement across a large canvas. The brush was soaked in paint, which dripped down the canvas, its red colour evoking both wine and blood.
Tate Modern
_