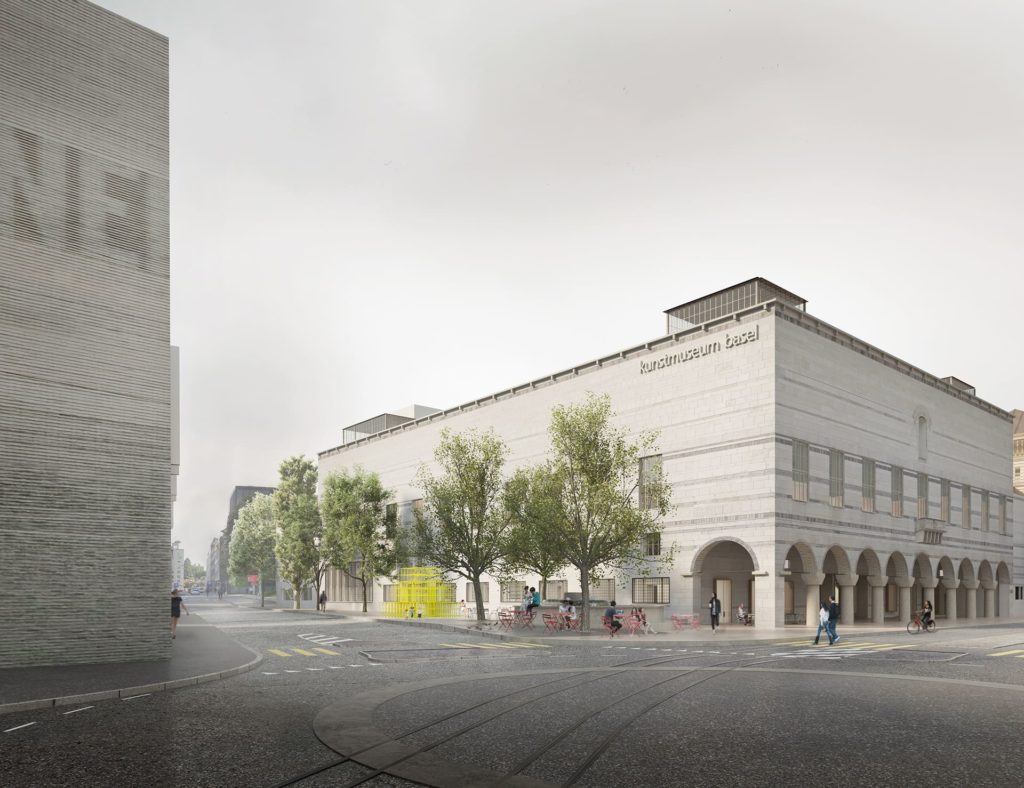 Christ & Gantenbein and Johnston Marklee, involved in museography and interior design, won an international competition to update and renovate one of the most recognized museums of its kind: The Hauptbau, the main building of the Kunstmuseum Basel, built in 1936. Today, it requires upgrades that include improvements to the building envelope, interiors, and technical infrastructure, and, as proposed by the architects and its partners, a subtle increase in spatial porosity and ground floor reprogramming.

Christ & Gantenbein’s highly technical and multi-layered winning proposal is an urban, cultural, and ecological scheme rooted in the building’s history. It unlocks the layers of the heritage building and activates its potential to the fullest while its fundamental features are carefully preserved. Gently opening up its reach towards the city, the hierarchy of its front facade, side, ground floor, and interior spatial relationships are to be recalibrated through a select range of precise interventions, including new greenery, apertures, and public zones that are to enhance the institution’s exchange and active communication with urban life.

Increasing the museum’s porosity and improving admittance, two new openings accessible via the museum’s arcaded sidewalk will be the primary visible change to its outer shell, together with slightly enlarged windows facing the courtyard on the upper floors. Christ & Gantenbein proposes doubling the museum’s garden and making it accessible via its lobby to create outdoor spaces that further advance the museum into the civic realm. Its interior courtyards and terrace will be updated with new vistas and relationships that come together to consolidate the existing potential and introduce programmable exterior art spaces.

Some of the notable updates developed in collaboration with Sharon Johnston and Mark Lee’s LA-based firm share the common goal of preserving the museum’s cherished atmosphere and softening a certain rigidity through new programming. These include the repositioned museum store, a satellite café with outdoor seating, both accessible via the new entryways, the creation of flexible art spaces connected to public zones, and the consolidation of ticketing and support facilities which improve orientation and accessibility. Via a high-tech and low-impact approach, the indoor climate is to be enhanced throughout, optimizing the building’s energy use and conservatory atmospheres through active and passive updates. The upper exhibition floors will remain largely untouched, and the historical building matter will stay intact.

Throughout the renovation set to begin in 2025 or 2026, C&G proposes to work in segments so most of the building would remain open to the public during the entire transformation process. Safeguarding the museum’s unparalleled collection of artworks spanning eight centuries, the general planning team led by Christ & Gantenbein was chosen via a competition system to approach the highly complex renovation and conversion of this listed building due to its high level of architectural, constructional, and organizational sophistication.
_