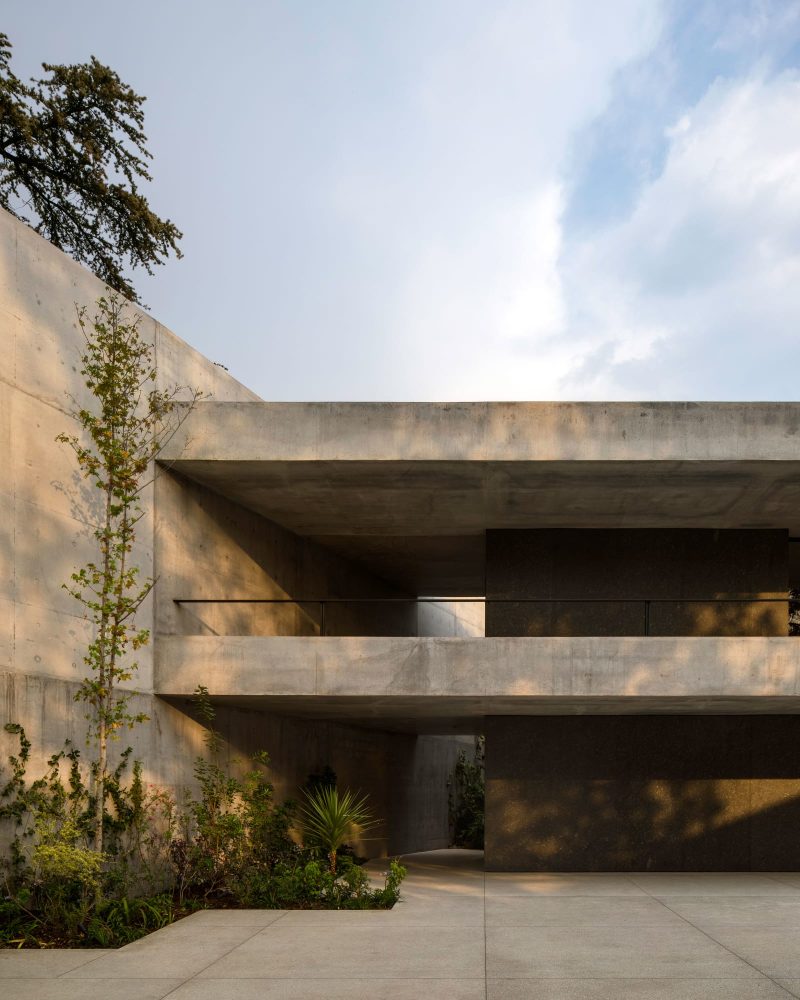 The Federal Office for Buildings and Logistics (BBL) manages the Confederation’s civil property portfolio. This portfolio comprises 600 buildings abroad, including the Swiss Ambassador’s Residence in Mexico.
In 2017, the BBL commissioned the Lausanne-based architectural firm Fruehauf, Henry & Viladoms (FHV) to renovate, refurbish and redesign the residence, built in 1952. FHV contacted Mexico City architect Blancasmoran to form a team to lead the project.

The two offices, accompanied by specialists, analyzed the existing residence in detail. The state of disrepair, functional defects and the need to adapt the structure to current seismic requirements led to the conclusion that the most appropriate option was a complete overhaul involving several demolitions and reconstructions. The existing footprint had to be maintained for regulatory reasons.
The Swiss Residence is located in the Lomas de Chapultepec neighborhood in northwest Mexico City and is characterized by tree-lined avenues that are home to prestigious residences. The topography is a geographical element that strongly defines the site. The ravines create natural corridors abundantly wooded. The residence is located right at the bending point between Paseo de la Reforma Avenue and the Dolores Ravine.

Two parallel walls define an elongated plot of 135 by 25 meters. Its upper part is relates to the busy Paseo de la Reforma. At the other end, it descends in a succession of terraces to the Dolores stream, 36 meters below.
For normative reasons, the residence respects precisely the footprint of the former residence. While the geometry of the surrounding buildings is clearly defined by a plot perpendicular to the avenue, the implementation of the project is oblique, the plan is a parallelogram that occupies the width of the plot.
A platform, whose height is defined by the access from the street, forms the base of the residence. On three of its sides, concrete walls isolate the surrounding noise and provide a calm and serene atmosphere to the compound. This sense of calm is reinforced by the omnipresence of the plant element. On the avenue side, the wall becomes a façade. A horizontal folding gives it an austere, intriguing and sophisticated presence.

Both inside and outside the residence, the floor is made of light gray terrazzo. Two concrete slabs run from wall to wall and are supported by black granite blocks that contain the service spaces. Vegetation is omnipresent along the path leading from the access courtyard through the house and into the garden below.
Between the blocks are the common living areas, where the visual relationship with the exterior is continuous. Large eucalyptus wood swing doors regulate the level of privacy of each space.
A generous staircase provides a comfortable transition to the garden platform. A succession of cascading plateaus provides a gentle transition to the natural surroundings of the ravine.
_