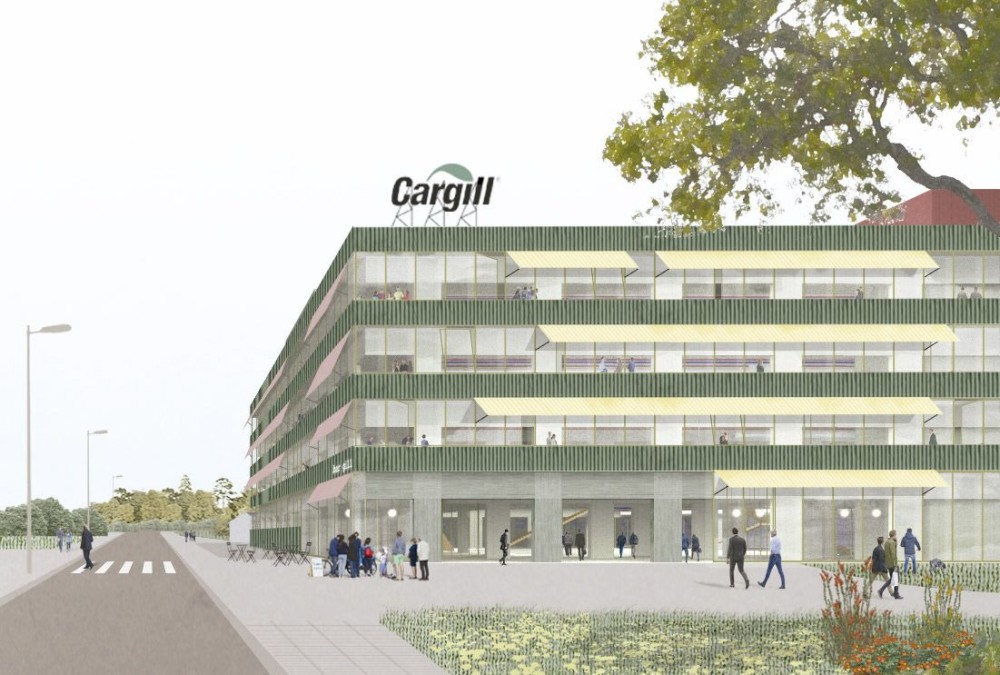 Seventeen movements. From idea to walk.

I.
A simple rectangular would have been the easiest or simpliest. But the plot makes it a trapezium.
It is context. Context that helps to change a concept into a project. Not only context. But for sure context also or even first.

II.
The possible extends make it larger. At the same time gives place to openness. The middle. An open space as the heart of the whole. Not only a building as the idea but also that what is not building as part of theidea.

IV.
A continuous rhythm of columns and beams is the only structure it needs. Three lines make it complete. Nothing else needed.

IX.
Finding out the door to enter. Reaching out to the waterfall of staircases to discover further more.
Understanding yet from the moment of approach but now confirming from the first staircase on how this building works. Or rather how it might be lived.

X.
Further on orientated by recognizable cores. Cores organize elevators and technical distributions as also distinctive storages next to restrooms and auxiliary rooms. Each side of the building has one. Our interest.
XI.
Finding at end of those staircase corridors open pocket spaces to take a pause for a moment. And continue the talk with the one that was waiting for me at the landing of the staircase. A good talk and a good coffee do well. Always. The best start.
Those open pocket spaces giving view on the outside neighbourhood, at the same time
connecting with the open space in the middle.
Taking the corridor along the outside. Seeing the city around. Arriving at the meeting room next to the offices.
Other people enter the room. The meeting will start any minute.

XIII.
After the meeting being invited in a small pilot room. A room in the range of the many other laboratories orientated to the middle. Passing a central corridor in-between offices and laboratories. Clean move in
-between.Discovering a lively world around. A clear organization. But also a motivating environment.

XV.
We walk outside en walk over the central open space towards the restaurant.
From the restaurant on we see the city once again. Or rather the park in between.
At the same time we look back into the hart of the campus.

XVI.
After the lunch we take a coffee in the bar next door. Ready for the conference this afternoon at the auditorium. Crossing the central space once again. It is a beautiful day. Not only the weather.

XVII.
What an intense day. The morning. The afternoon. Picking up my bike. And taking the Cargill Path
_