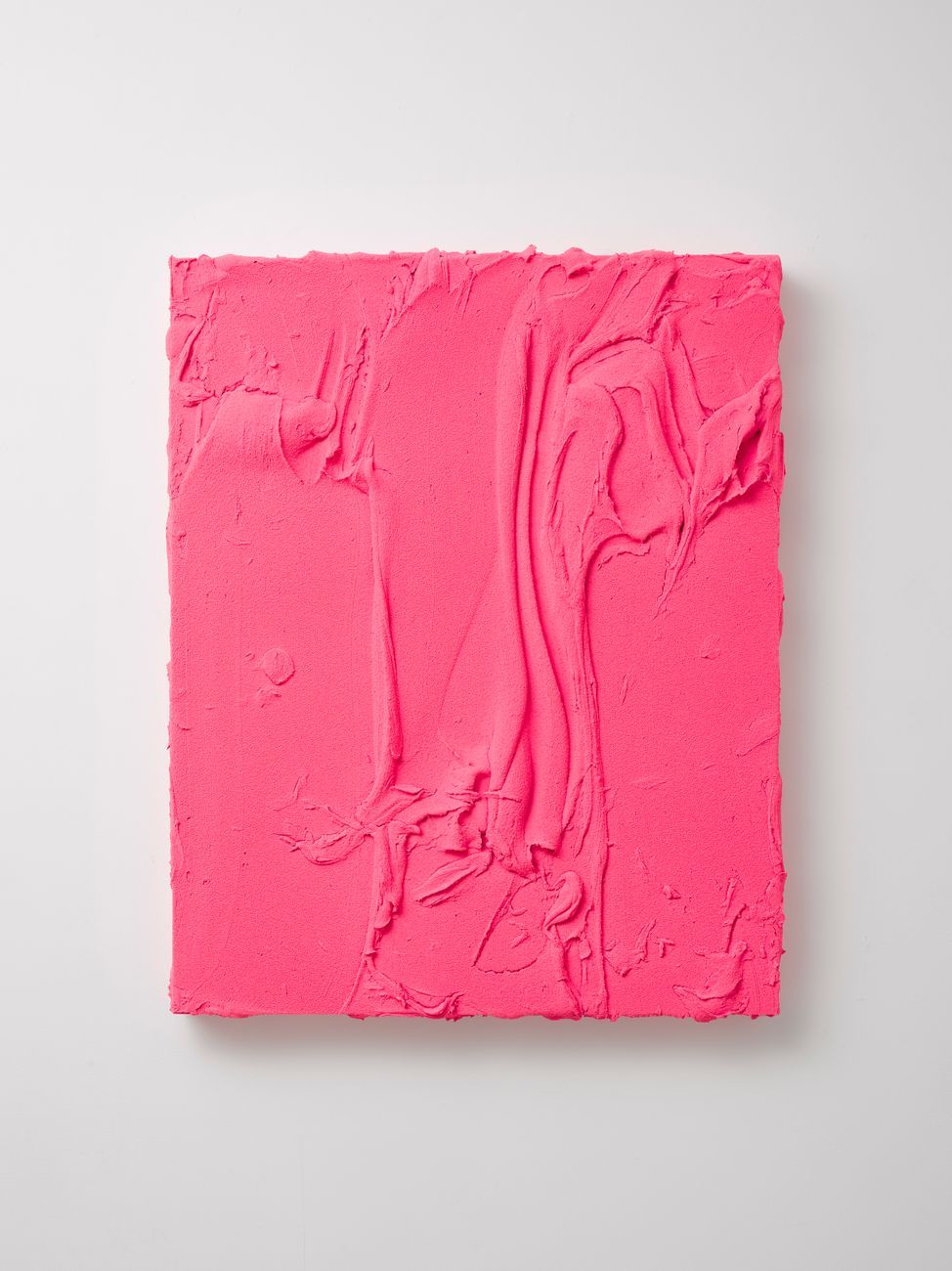 Martin has gained renown for his thick impasto, gestural paintings that challenge our perception of two and three-dimensionality by occupying space beyond the panel itself, balancing on the precipice between painting and sculpture. Since studying at Goldsmiths College in London in the early 1990s, the artist has pushed the boundaries of painting to its limits, at times even pouring paint beyond the borders, surpassing the confines of the panel.
Previous works have been characterised by the single sweeping brushstroke, but here Martin adopts a more visceral, fluid approach using his hands rather than a tool and created flat as opposed to on the wall. While the earlier oil works, derived from Minimalists such as Robert Ryman and Frank Stella, bore a certain chance encounter, these paintings reference Yves Klein and Lucio Fontana in their primary concern with colour as well as the presence of the body; Martin leaves a physical echo in his works through the evident trace of his hands.
Lisson Gallery
_